Government confirms end to freedom of movement: with potential exceptions 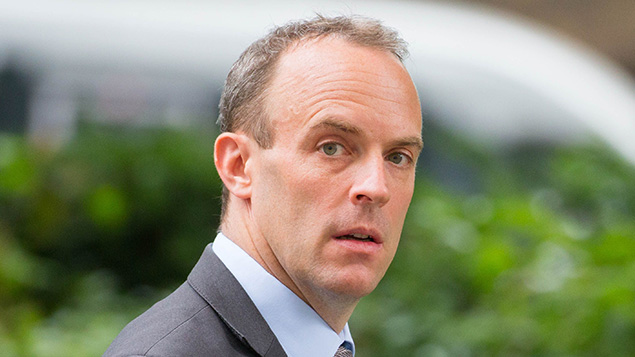 Completely free movement of people will end as the UK leaves the EU, a government white paper has confirmed today.

The much anticipated strategy document, entitled The future relationship between the United Kingdom and the European Union, does however hint that certain individuals – including skilled workers and students – will be granted certain migration privileges.

Full freedoms will end at the end of the transition period, in December 2020. The paper confirms that EU citizens living in the UK and UK nationals living in EU countries before the end of the this period should be eligible for “settled status” after 2020.

It adds that trade agreements which cover trade in services will include provisions for the movement of people (known as Mode 4 commitments).

It says: “Mobility is a key element of economic, cultural and scientific cooperation, ensuring professional service providers can reach clients, advanced manufacturers can deploy key personnel to the right place, and scientists can collaborate on world-leading projects.”

The paper suggests that future economic partnerships between the EU and the UK and vice versa should include certain “reciprocal arrangements” on moving staff but remain “consistent with the ending of free movement”.

The government says the aim of this is to:

It’s hoped that employers with workers in EU countries with whom the UK has a trading agreement should also be able to access “intra-corporate transfers” so they can train staff and move them between offices – similar to how this currently works with non-EU countries.

Workers travelling for short-term business reasons “in limited and defined circumstances” would also be able to move between countries freely. In terms of policing this post-December 2020, the white paper proposes that “tourists and business visitors should not routinely have to face questions about the purpose of their visit”.

The paper also suggests that there could be “reciprocal” arrangements with the EU for the payment of certain limited benefits or social security.

The government is now awaiting a key report from the Migration Advisory Committee, due in September 2018, which will provide important evidence of “the role of migration in the wider economy” and data on migration patterns.

The contents of the white paper are broadly in line with comments by home secretary Sajid Javid earlier this week, who said there would be “no automatic right” to work in the UK after the Brexit transition period.

It does hint, however, that certain provisions will be made for “talented people” and students, although there is virtually no detail on this at present, as Jackie Penlington, a senior associate at Stevens & Bolton, pointed out:

“The white paper is fairly scant on actual detail relating to future EEA immigration. While the paper does state fairly repetitively that free movement will end, it’s worth noting that the free movement provisions will continue until the end of the transition period on 31 December 2020.”

She added: “What may be promising for employers is that the UK wants to agree reciprocal provisions on business visitors and intra-corporate transfers and will discuss potential temporary mobility provisions for researchers, scientists and self-employed professionals.

“Also welcome are the comments that the UK will seek reciprocal mobility provisions with the EU as well as with other close trading partners. However, without concrete proposals, it’s not something that businesses can get too excited about at this stage.

“Worryingly for employers, there’s no detail or even mention of lower-skilled EEA workers. This is clearly concerning for many UK employers who rely heavily on an EEA workforce. Once the transition period ends on 31 December 2020, many employers are likely to face a recruitment headache to fill lower skilled roles, particularly in some sectors such as agriculture and hospitality.”

The launch of the white paper by new Brexit secretary Dominic Raab today did not go as smoothly as he might have hoped: reports suggest that there were shouts of complaint when there were not enough copies to go around and speaker John Bercow had to suspend proceedings while late copies were distributed.

The EU’s chief negotiator, Michel Barnier, will now look over the full proposals before further negotiations with the UK next week.

2 Responses to Government confirms end to freedom of movement: with potential exceptions