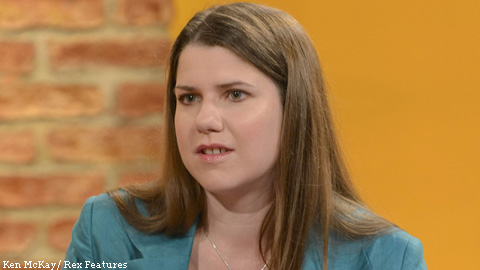 Large-scale collective redundancies will no longer require a 90-day minimum consultation phase, after the Government announced its decision to reduce the period to 45 days.

Employment relations minister Jo Swinson, pictured, confirmed that a new 45-day consultation would come into force for redundancies of 100 or more employees from April 2013.

As part of the Government’s ongoing review of employment law, the Department for Business, Innovation and Skills (BIS) published its response to its recent consultation on changes to collective redundancy rules.

As well as new legislation to reduce the minimum period to 45 days, Swinson announced that the conciliation service Acas will produce non-statutory guidance to address “key contentious issues”, aiming to promote good-quality redundancy consultation between employers and employees.

Read further detail of today’s announcement on XpertHR, including the Government’s decision to exclude from collective redundancy consultations any fixed-term contractors who have reached the end of their contract.

Neil Carberry, CBI director for employment and skills, welcomed today’s announcement: “The priority for businesses is meaningful consultation. A shorter consultation period will reduce uncertainty for staff and allow businesses to focus on the future more quickly.”

But TUC general secretary Brendan Barber disagreed: “These measures will not create a single extra job. The idea that an employer will change their mind about taking someone on because the statutory redundancy consultation period has been reduced from 90 to 45 days is close to absurd.

“Removing consultation rights from fixed-term contract staff will seriously increase job and financial insecurity for vulnerable groups of workers, and temporary staff will lose out on redeployment opportunities.”

Tim Thomas, head of employment and skills at the manufacturers’ organisation EEF, said the announcement sent a strong signal to industry that the Government is committed to creating a flexible labour market: “By reducing the consultation period from 90 to 45 days, the Government has taken a further step to creating a modern consultation system based on the quality, not the length, of the process.

“It now needs to complete the package by introducing simpler settlement agreements and protected conversations that provide a better base for discussing and managing change in the workplace.”