Government to examine use of NDAs in employment disputes 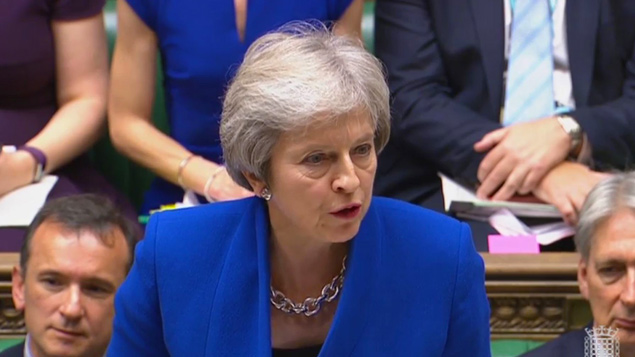 Theresa May has said the government will bring forward a planned consultation on the use of non-disclosure agreements in employment disputes, following a Court of Appeal decision to stop the Telegraph naming a British businessman accused of the sexual and racial harassment of staff.

In the House of Commons yesterday, Jess Phillips MP asked if the prime minister supported the court’s decision to back the NDAs, saying: “It seems our laws allow rich and powerful men to pretty much do whatever they want as long as they can pay to keep it quiet.”

The prime minster said she could not comment on this particular case but that an employer that allows the sexual harassment of women to go undealt with is “sending a message” about how welcome women are and about their value in the workplace.

Drawing comparisons to the #MeToo case involving Harvey Weinstein last year, the allegations of bullying, intimidation and sexual harassment by a leading UK executive have been thrown into the spotlight after the Telegraph was prevented in naming him.

On Tuesday, in ABC and others v Telegraph Media Group, the Court of Appeal overturned a previous High Court ruling that had said to identify the man was in the public interest.

The case involves five employees who have made allegations of “discreditable conduct” by an executive. Three of them raised a grievance and two of those employees, when their grievance was not upheld, brought a claim in the employment tribunal as did another who had not raised a grievance.

Settlement agreements were used in all five cases, according to the Court of Appeal judgment, and substantial payments made to the complainants. All five employees received independent legal advice in agreeing settlement. The cases lodged at employment tribunal were settled before any details of the complaints were made public.

The appeals court judgment added that the agreements included non-disclosure terms whereby both sides “undertook to keep confidential the subject matter of the complaints themselves and various associated matters, including the amounts paid by way of settlement. The agreements safeguarded the complainants’ rights to make legitimate disclosures (including reporting any criminal offences) if they chose.”

This effectively meant the NDAs did not attempt to stop the complainants “whistleblowing” if they so wished.

The Court of Appeal judges said there is no evidence that any of the settlement agreements were procured by bullying, harassment or undue pressure.

“In the case of the settlement of an employment dispute, the employee may have as much concern to maintain confidentiality as the employer. The employee may not wish details of the dispute and the terms on which it was settled to be disclosed more widely for a variety of reasons, such as to maintain personal privacy or in case it might affect future employment opportunities or for financial reasons,” said the judgment.

Two of the five complainants supported the application for an injunction against naming the businessman, one of them giving “the express reason that they wished their privacy to be protected”.

Another complainant has stated that they are happy for their complaints to be disclosed but on the basis that they will not be named. But the judges said: “There must be a high risk, however, that it will be possible to identify them if the Telegraph publishes particulars relating to their allegations.”

The use of NDAs were one focus of the Presidents Club scandal in January 2018, when it emerged that 130 women had been asked to sign them, without proper opportunity to read the agreements and without legal advice, in a bid to stop any details of the evening, where some women were harassed, groped and propositioned, going public.

Roxane Davey, senior associate at law firm Taylor Wessing, said: “This case is another example of NDAs being used outside of the traditional commercial context for which they were originally intended, and further calls into question whether they are appropriate in the employment context, where there is naturally an imbalance of power between the parties.

“This has been the subject of much debate since the #MeToo movement ignited last year, and it will be interesting to see how specific industries tackle the subject as it gains more attention.”

In July, MPs on the Women and Equalities Committee said that NDAs should be “cleaned up”, making it an offence to misuse such clauses and extending whistleblowing protections so employees can disclose to bodies such as the Equality and Human Rights Commission.

Maria Miller, chair of the committee, welcomed May’s pledge yesterday. She told the Guardian the case had “thrown a spotlight on the way NDAs can be used repeatedly to cover up alleged wrongdoing… If an NDA hadn’t been used in this case then maybe the managers and the board of the company involved could have taken action to avoid this repeated behaviour, and that is what is so concerning about the way NDAs are being misused.”

She added that she personally would like to see NDAs outlawed in employment severance agreements.