Presidents Club scandal: Is there any value in non-disclosure agreements? 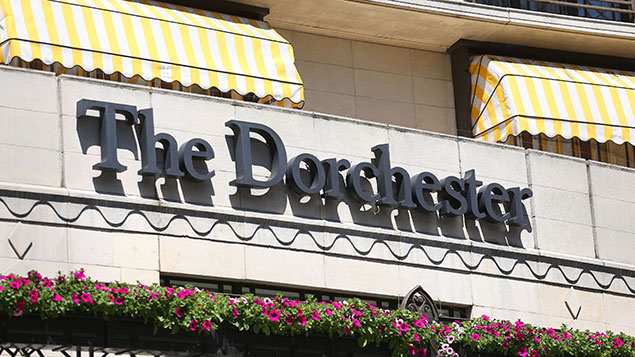 Reports of sexual harassment at the recent Presidents Club charity dinner form part of a worrying trend of unwanted behaviour directed against women, writes David Israel. But the circumstances around the event – and efforts to keep it secret – have also put the efficacy of non-disclosure agreements (NDAs) in the spotlight.

While there was obvious distaste at how women were harassed, groped and propositioned at the recent Presidents Club charity evening at London‘s Dorchester Hotel, the event also raised an important issue around the validity of NDAs.

Soon after the scandal was exposed in the Financial Times, it emerged that 130 women had been presented with NDAs and asked to sign them in a bid to stop details of the proceedings going public. They had little or no opportunity to review their contents, it has been reported.

Employers often seek to use NDAs in order to protect information, but in reality how much extra protection does it gain by asking an employee to enter into a non-disclosure agreement?

Let’s deal with the most obvious point first, namely that with an NDA, an employee would be more nervous about acting in breach of something they have signed up to.

However, before marching off to court, an employer really ought to take stock of what is protected and what is not.

There is no issue with trade secrets being protectable and other information that is of such a highly confidential nature that it requires protection akin to a trade secret.

However, what will also be examined is what the employee does and, correspondingly, how much confidential information will come across their desk.

The more they are entrusted with such information, the greater the likelihood of being afforded protection. Similarly, the lengths the company has gone to impress upon the employee the need to treat it as confidential will be important.

In reality, there will be many components that will need to be considered, including drafting the NDA so that it covers the issues that need covering.

For example, it will not help if an employer simply gives an employee an NDA on day one of their employment and asks them to sign it without giving any time to consider what they are signing.

We should also turn our sights on another issue, namely the use of an NDA in seeking to protect the misuse of private information.

There are a number of competing factors here, not least the court’s dilemma in balancing the wish to protect private information versus other public interests.

Naomi Campbell, for example, certainly benefited from an NDA when a contractor she employed sold her story to the press and the NDA was upheld, despite the contractor’s argument that the NDA fell away when the model acted in breach of contract.

The reasons for the NDA will need to be based upon a reasonable expectation of privacy or to prevent unwarranted intrusion or harassment.

If this applies, then protection could be sought, arguably even if the information is to an extent already in the public domain.

The question that will be asked is what a reasonable person “of ordinary sensibilities” would feel if they were placed in the same position and faced with the same publicity.

There are many facets to this, including the nature of the activity in question and the purpose of the intrusion, as well the circumstances in which the information came about.

Accordingly, there is arguably a far greater need to have an NDA when privacy is expected and the work demands such confidentiality.

Say, for example, someone was working for a high-profile CEO or celebrity and this could well demand that their private life is kept out of the public domain.

If they were at a charity auction or a private dinner, they would not want it publicised how much they bid for an item or who they were dining with. Turn this around, though, and if the work situation does not have that “expectation of privacy” then an NDA would be of little use or benefit.

NDAs have some purpose, but do not provide the ultimate shield some expect. For example, if the employee has been subjected to discriminatory acts, then the NDA will provide no bar to them being able to disclose that.

So, in answering the initial question, an NDA would only appear to be of use if an employee is going to be in possession of highly confidential information or there is a legitimate expectation of privacy.

In such circumstances, if one were needed, then it is vital that the NDA addresses the particular circumstances and that the person entering into it understands those circumstances.

Demanding a person enters into an NDA with no time to consider what they are being asked to sign, as was the case at the Presidents Club, is a foolhardy way to proceed.

One Response to Presidents Club scandal: Is there any value in non-disclosure agreements?