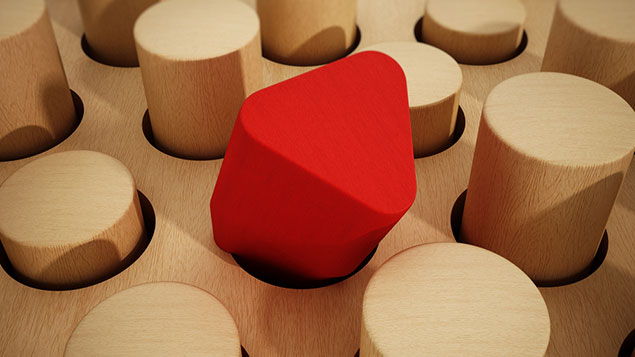 Around half of the UK workforce could be in the wrong job based on their skills level, according to the CIPD.

Its survey of 3,700 employees, Over-skilled and underused: Investigating the untapped potential of UK skills, found that 49% are in jobs they are either under-skilled or over-skilled for.

The findings suggested a mismatch at either end of the scale: 12% of workers felt they lacked all of the skills needed to carry out their job effectively, while 37% thought they had sufficient skills to cope with a more demanding job than their current role.

The UK has 42% of workers qualified to degree level, but also the highest proportion of jobs within the OECD that require no qualifications.

Almost a third of respondents to the CIPD’s survey said that they had been required to have a degree for their job, but that lower qualifications would have been fine to do their job effectively.

At the same time, a university degree was no guarantee of being effective – 14% of employees with a degree said they were under-skilled for their role, compared to 10% without.

Despite this skills mismatch, almost a quarter of employees have not received training in the last year, according to the survey. This was most likely to be the case for older employees, those on low wages and part-timers, it found.

“Individuals who report using their skills fully in the workplace have higher levels of job satisfaction, earn more and are more resilient to change, while businesses benefit from a more productive workforce and increased profitability,” she said.

“However, we have ended up in a situation where our economy isn’t creating nearly enough high-skilled jobs, while the proportion of low-skilled roles remains stubbornly high. This leaves many workers trapped in low skill work, which doesn’t match their ability, offers poorer pay and progression prospects and does little to boost the productivity of organisations.

“There needs to be a much greater emphasis on how well existing skills and capabilities of individuals are harnessed and developed at work, through better people management practices and access to development opportunities.”

Crowley urged the government to use its Industrial Strategy to help companies prioritise better use of skills.

Her recommendations included that the Autumn budget includes an investment in skills development through the National Productivity Investment Fund; better quality careers advice and more high-quality vocational routes into work; and formal training for line managers to ensure they equip their employees with the right skills.