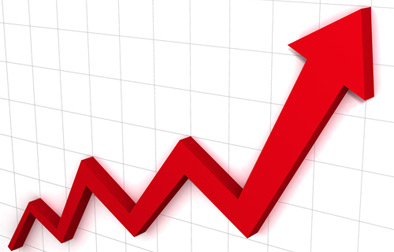 The number of people working part time because they cannot find full-time employment has hit its highest ever recorded figure of 1.25 million.

This is according to the latest labour market data from the Office for National Statistics, which found that the number of employees and self-employed people forced to work part time instead of full time had increased by 80,000 in the three months to May 2011.

The total number of unemployed people fell by 26,000 over the quarter to reach 2.45 million. The fall was largely attributed to a drop in the number of 16- to 24-year-olds out of work, down 42,000 over the three-month period.

However, the number of economically inactive people aged between 16 and 64 rose by 32,000 over the quarter to reach 9.3 million. This rise was mainly due to an increase in the number of students not active in the labour market, up by 41,000.

More people were also found to be claiming Jobseeker’s Allowance, with an increase of 24,500 claimants. The number of female claimants hit its highest figure since August 1996 of 493,900.

David Kern, chief economist at the British Chambers of Commerce, said: “These figures are positive overall, with a rise in employment and a fall in unemployment in the last three months. There was also an encouraging decline in unemployment among young people. However, there are some causes for concern. The number of economically inactive people rose by 32,000, and those working part time because they could not find a full-time job rose to a record high.

“The private sector is willing and able to create jobs, but we must not be complacent. It is likely we will see more public sector job cuts in the coming months, and we are expecting unemployment to increase by 150,000 to a peak of 2.6 million over the next 12 to 15 months.”

Nigel Meager, director of the Institute for Employment Studies, added that the unemployment figures may be an indication of “weaknesses in labour demand”.

“Recent employment and economic data have left many commentators somewhat perplexed. In particular, the apparently strong employment performance has been difficult to square with the weak figures for GDP growth,” Meager explained.

“Some have suggested that the GDP figures are wrong, and will need to be revised upwards. Others have pointed out that the headline employment data may be concealing underlying weaknesses in labour demand, as suggested by some of the other indicators. In particular, claimant unemployment has been rising again, and the total number of hours worked in the economy has actually been falling, even while total employment has grown, partly because of a shift from full-time to part-time work.

“Overall, these figures certainly do not suggest a labour market in robust health, particularly given that the level of vacancies is down again, and the number of redundancies up on the previous quarter.”

For more discussion on the ONS figures, see XpertHR’s blog on today’s findings.

Employer recruitment resources, such as model letters, policies and procedures, can be found on XpertHR.