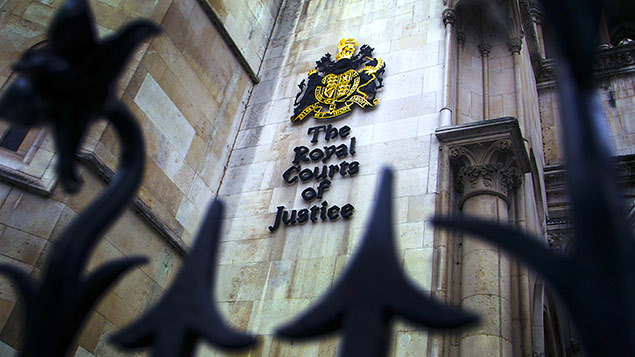 Holiday pay must include compensation for any results-based commission that would ordinarily be earned, according to the latest judgment in the long-running case of Lock v British Gas.

The Court of Appeal judgment in Lock and another v British Gas Trading has been eagerly anticipated since the case on working time was heard in July 2016.

Read full analysis of the Court of Appeal judgment

The case is important to any employer that runs a commission scheme, or which regularly makes other payments in addition to basic salary that are intrinsic to the job, for example overtime or stand-by payments.

Aye Limbin Glassey, employment law partner at Shakespeare Martineau, said:  “Although the ruling marks a significant step for employers who have been in limbo for some time over holiday entitlement for employees on commission schemes, the story is far from over and another appeal is highly anticipated.

“Employers will now be required to include commission payments in holiday remuneration, and this could have severe financial implications. Despite the potential for an appeal, now is the opportune time for employers to put the necessary measures in place and open lines of communication with beneficiaries.”

She added that urgent guidance is needed from the Government on “timescales and implementation”.

Mr Lock, a salesman, claimed at employment tribunal that British Gas owed him money on the basis that his holiday pay did not reflect any commission that he would have earned had he been working.

On top of his basic pay, Lock is paid monthly commission, which fluctuates based on his sales.

The European Court of Justice (ECJ) ruled that since Mr Lock’s commission is directly linked to the work he carries out, it should be taken into account when calculating holiday pay. The case then returned to the employment tribunal for the ECJ ruling to be applied in UK law.

The employment tribunal added an extra subsection into the Working Time Regulations 1998 to make them comply with the ECJ’s ruling.

The EAT upheld the employment tribunal decision and followed its own earlier decision in Bear Scotland Ltd and others v Fulton and others, a similar case on whether overtime payments should be included in holiday pay.

Arguments at the Court of Appeal primarily involved the question of whether or not the Working Time Regulations 1998 could be interpreted to include commission in Mr Lock’s holiday pay.

The Court of Appeal also heard arguments about whether or not a decision to include commission in holiday pay for workers such as Mr Lock might be too broad and have unintended consequences.

For example, a decision to include commission in holiday pay is not intended to apply to staff who receive an annual discretionary bonus based on team or organisational performance.

The parties agreed that the outcome of the Court of Appeal decision should apply only to workers who have normal working hours, whose pay does not vary according to the amount of work done, but who receive individual results-based commission as a part of their normal remuneration.

British Gas’s representatives have previously stated that it has around 1,000 potential claims from its workers waiting in the wings, so it is widely expected that the energy company will appeal today’s decision to the Supreme Court.

“While some commentators have suggested 12 weeks, employers should make their own decision based on their commission scheme and the industry in which they operate.”

Commenting on how the Brexit vote will make any difference to how holiday pay is calculated, Glenn Hayes, partner at national law firm Irwin Mitchell, said:

“The Brexit vote itself does not make a difference to how holiday pay should be calculated and whilst we remain a member of the EU, we are required to interpret UK legislation in line with European directives and decisions of the ECJ.

“However, that is likely to change. The Government has recently announced it intends to end the jurisdiction of the ECJ in the UK and, next year, will introduce the Great Repeal Bill which, it says, will come into effect on the date we formally exit the EU (possibly March 2019).

“This will end the authority of EU law by converting all of its provisions into UK law and reasserting the supremacy of UK law. According to the Government, this will give the UK the opportunity to scrutinise, amend, repeal or improve any aspect of EU law in the future and [working time] could be one such area.

“This will not mean that all of our employment laws fall away, but the intention of the legislation appears to be that ECJ interpretations will no longer bind our UK courts and tribunals.

“That is likely to have a profound effect on holiday pay cases as challenges have been based on failure to properly implement the social ambitions contained in the Working Time Directive and influenced by Europe, rather than the previously well-understood UK position which referred to basic pay only.”

More details of the arguments before the Court of Appeal and a podcast discussing holiday pay case law are available on XpertHR.