How is the vetting and barring regime going to change? 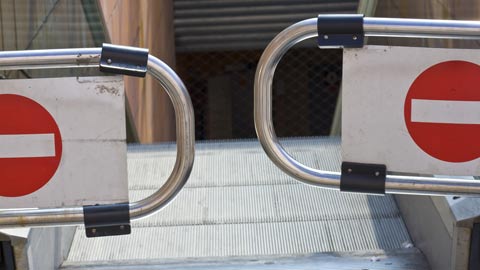 Well intentioned though it undoubtedly was, the 2006 Safeguarding Vulnerable Groups Act spread its net very wide, so its replacement by a more focused vetting and barring scheme is no great surprise, says John Charlton.

Employers with a duty to care for children and the vulnerable should certainly find the amended vetting and barring regime that replaces the 2006 one easier to abide by, at least in theory. But there are doubts as to whether or not the new regime will click into gear quite as smoothly as might be hoped for, while the mechanisms of vetting and barring will remain much the same.

As from September 10, some major changes to the regime imposed by the 2006 Act came into effect following the enactment of the Protection of Freedoms Act 2012. Changes include:

The changes follow a 2011 review of the 2006 Act and the subsequent vetting and barring regime by independent criminality information management expert Sunita Mason, called “A common sense approach”. “My recommendations ensure,” she wrote, “that public protection is maintained whilst individual civil liberties are better defended.”

Scaling back scope of regulated activities

Certainly scaling back the scope of regulated activities should cut significantly the number of individuals who have to be CRB-checked before undertaking work or activities – many voluntary – that bring them into contact with children and vulnerable groups. The Home Office estimates that over time the number of people covered by regulated activity requirements would have reached nine million. The amended regime means that about five million will be covered.

Summing up the changes, Home Office minister Lynne Featherstone says: “The Government’s message now is that, unless a person has been barred from working closely with vulnerable groups, we need to trust professionals to take decisions about who they employ in education and the wider children’s sector, or take on as volunteers.

“We are not going to try and take these decisions for them by insisting on constant monitoring and unnecessary vetting. So we are scaling back the barring regime so that it covers only the highest risk activities across the children’s sector.”

Featherstone says the changes will mean that new volunteers working in schools “who are supervised to a reasonable level or occasional maintenance staff … will not require a barring check”. She adds that organisations “must be mindful of the other steps they should take alongside a criminal record check, including following up references, checking qualifications and then managing and supervising staff once they have started work”.

To comply with the new regime, Nick Hurley, employment partner at Charles Russell, advises: “Organisations should examine every role within the business to determine whether it falls into the new definition of regulated activity”.

The definition relating to children falls into four parts (see box 1). Also, under the new definition, says Hurley, “there will be a clear distinction based on the frequency of an activity, even where the act is similar. For example a building contractor entering a school on one occasion would not be undertaking a regulated activity, but the school’s maintenance team would be.

“Unfortunately there is yet to be guidance about what would constitute ‘regular’, therefore in the circumstances it is best to adopt a cautious approach.”

As Hurley points out, “not everything is changing”. For instance, employers must notify the ISA if an employee is dismissed, or prevented from undertaking a regulated activity, because they pose a risk to children and the vulnerable.

Also, employers must not take on anyone who has been barred by the ISA from undertaking a regulated activity. Failure to meet these obligations is a criminal offence. As it is up to employers to decide what checks are appropriate and should be made, they should be cautious to ensure that risk is minimized.

“If challenged, evidence will be everything,” says David Whincup, employment partner at Squire Sanders. “Employers should ensure in consequence that they can demonstrate that their recruitment and employment policies are up to date and effective, and that staff are aware of their employer’s obligations under the vetting and barring regime so they are not found to be breaking the law.”

Above all, employers must ensure that staff engaged in recruitment are fully aware of the new regime and amend their safeguarding polices appropriately.

It is a topic that will need to be watched as further changes to the vetting and barring regime will come into play later this year and next.

Sometime in 2013, an online service should be implemented which will enable employers and prospective employers to check online that information given on the CRB certificates is up to date and whether or not it has been amended. “The idea is”, says Nikki Duncan, employment partner at Michelmores, “that this will be a more efficient system, reducing the need for repeat applications. There is no need for employers to make changes in advance of its implementation”.

The Home Office says the online update service “will be available in spring 2013”. It appears that employers may be able to subscribe to the service – rather than paying individual fees. The fee level “has yet to be determined but it will certainly be cheaper than a new CRB check”.

December should see the merging of the CRB and ISA to form the Disclosure and Barring Service (DBS). Duncan comments: “Businesses won’t need to implement any changes as a result of this merger since the DBS will continue to provide the same service.”

As before, employers engaged in the updated definition of regulated activities have a duty to tell the ISA/DBS if they have permanently removed a person/employee from a regulated activity either by dismissal or transfer, or would have if that person had not resigned. They must also believe, and have evidence that, the person concerned has engaged in “relevant conduct”, which may have endangered a child or vulnerable person.

They should also notify the ISA/DBS if they are satisfied an employee who was sacked, or resigned or transferred has met the “harm test” – which basically means they present a significant risk to children or the vulnerable, or they find out the employee has received a caution or conviction for a relevant offence. The list of these offences is available on the ISA website.

Employers must not knowingly engage a barred person in a regulated activity.

Featherstone says that criminal records checks “have helped stop more than 150,000 unsuitable people working in these (regulated) roles in the past seven years”.