How the FSCS transformed its culture 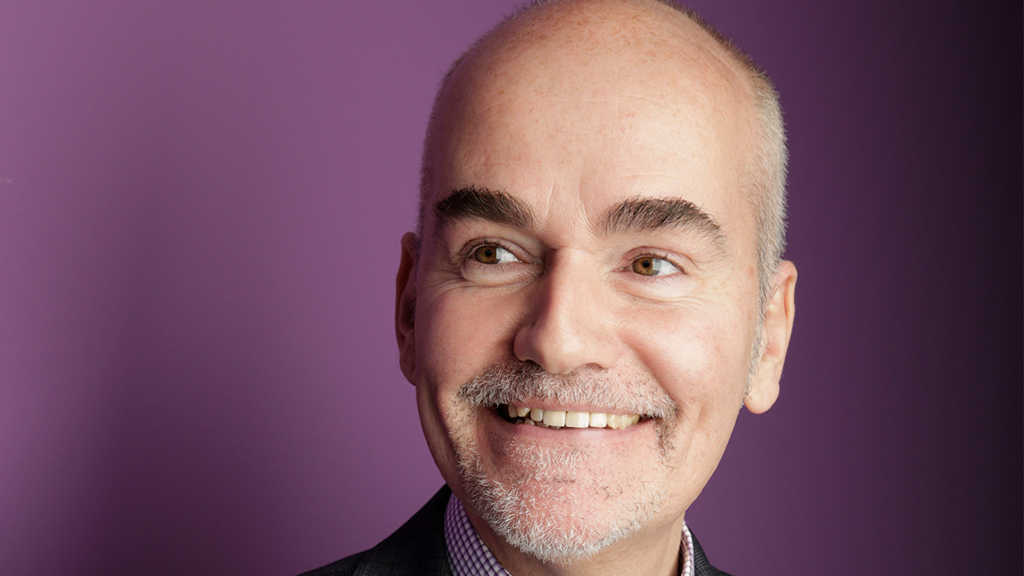 David Blackburn, chief people officer at the FSCS, was named HR Director of the Year in 2020

The HR team at the Financial Services Compensation Scheme has been on a significant journey to transform the formerly ‘inward-looking’ organisation into one where 89% of colleagues describe its culture as a positive and healthy one. Chief people officer David Blackburn, Personnel Today’s HR Director of the Year 2020, speaks to Ashleigh Webber.

Changing an organisation’s culture is no mean feat – especially when change is feared, and staff turnover is stagnant.

Your post-virus culture cannot be one-size-fits-all

Yet, this is exactly what Financial Services Compensation Scheme chief people officer David Blackburn and his team have achieved over the past eight years: they have helped transform the organisation from an inefficient operation that took months to process a single compensation claim, to a digital-first service that recently achieved its highest measure of customer satisfaction in its history and has cut claims processing times significantly.

Blackburn, who scooped the HR Director of the Year title at the 2020 Personnel Today Awards, joined the FSCS in 2013, at a time when customer satisfaction was around 50%.

The claims process was entirely paper-based: claimants had to fill out a 68-page paper form, which would be sent to the FSCS’s outsourced partners for processing using their own technology. Claim files would be stored centrally and transported to partners and would be managed by a document management team in London at a site that housed around 75,000 paper files.

In 2021, however, the process could not be any more different: 98% of claims are now made online, around a third of claims are now processed within five days, and last year customer satisfaction soared to 84% against the backdrop of a global pandemic and the highest volume of claims decisions ever made.

“The question I asked a lot when I first joined was ‘why is it so difficult to get things done?’” Blackburn tells Personnel Today. “So much of the reason for that was culture.”

“The CEO or the board often tell HR professionals that we need to change the culture, but we have to pause at that point and ask what it is about the culture currently that’s good or bad and what [the board] wants to keep.

What does the FSCS do?

The FSCS exists to protect customers of financial services firms that have failed. If the company they’ve been dealing can’t pay claims against it, it steps in to pay compensation. All firms authorised by the Financial Conduct Authority and Prudential Regulation Authority pay the FSCS an annual levy which funds the cost of running the service.

He says that culture change occurred at the FSCS as soon as it put its customers, people, and stakeholders at the heart of its operation.

To establish what the issues were, the FSCS surveyed its people. In 2013, when presented with the statement “I would describe the culture as a healthy and happy one”, just 43% of employees agreed.

“So less than half the people in the organisation said, culturally, this is a nice place,” says Blackburn. “However, what I think is interesting is that people’s connection to the social purpose of the organisation has always been constant. Even if you asked in 2013, people have always felt proud to work for the FSCS. But they weren’t excited about it.”

He describes the organisation’s culture in 2013 as “inward-looking”. From the time of the scheme’s creation in 2001 to the time he took up his role, employee turnover averaged just 1%.

“No one ever left. There were no new ideas or new thinking coming into the organisation at all, and people felt they had all the answers. I would come in with a new idea that has worked in different sectors and I would be told ‘that won’t work here’,” explains Blackburn.

The HR team set out to change the organisation’s culture from being inward-looking to one that was open to learning from others in the sector and from its customers.

Blackburn lives by a three-step mantra when it comes to cultural change: engage, listen, and act.

“You have to actively ask for feedback from your stakeholders, whether they be your people, your customers, the regulators, and the financial services industry that pay for the FSCS’s existence. You have to engage with them, you have to listen to their feedback, and you have to then act accordingly. They should be shaping your strategy.

“We are a much more insight-driven organisation than we used to be,” he says.

Bringing employees on this journey involved the FSCS being very clear about what it wanted to achieve – and Blackburn’s team met a fair amount of resistance initially.

“They were passive detractors, in the most case. They were happy to sit on the side-lines and throw rocks at you and your attempts to change things, because they didn’t want change; the organisation was change resistant,” he recalls.

“You can’t specify in somebody’s contract that they must be engaged, passionate and excited. You’ve got to create the environment in which people want to express those behaviours.”

You can’t specify in somebody’s contract that they must be engaged, passionate and excited. You’ve got to create the environment in which people want to express those behaviours” – David Blackburn

The team held focus groups with employees to establish a new set of values: accountability, challenge and collaboration. This encouraged a sense of excitement about the work they do and the opportunities the organisation presented for its people and customers – today 87% of colleagues are excited about where the organisation is going.

However, for some, the journey was challenging and anxiety about change was common, particularly among long-serving employees. The FSCS had tried to help staff adjust to the changes, but many inevitably left the organisation.

Yet, many long-standing employees have remained and have thrived on the changes. In 2021, some employees have been with the organisation for more than two decades.

“In my first few years of the scheme, the thing that was most often said to me was ‘a lot of knowledge is walking out the door, the wheels are going to fall off the bus’,” says Blackburn. “But the wheels have never fallen off the bus, and we’re now delivering our best ever organisational performance. You do have to hold your nerve.”

As well as facilitating a shift in thinking, the HR team has also embedded flexible ways of working that have proved invaluable over the past year.

Entries for the Personnel Today Awards, which celebrate the very best acheivements and innovations in HR and L&D, close on 4 June 2021.

Blackburn says the FSCS has been a “fully flexible” organisation for two and a half years, with every job seen as flexible by default. Post-pandemic, he expects that 40% of the organisation’s people will be in an office 40% of the time, based on staff feedback.

The organisation uses the message “your day, your way” to remind employees that flexibility is one of the FSCS’s principles.

Blackburn believes that by promoting flexibility and the ability to work from anywhere, the FSCS will attract a much broader pool of candidates. It has recently been revealed as the 26th most inclusive employer in the UK, as ranked by Inclusive Companies and has been named in The Times Top 50 Employers for Women.

Work as an activity, not a place

Despite operating mainly remotely over the past year, Blackburn still believes the office will have a role in future.

“We believe the office does have a long-term place in our culture, but there’ll be less people and we’re going to use the space differently. I’m genuinely excited about that because it’s a big evolution in the world of work.

“We’re also talking to our leaders about work being an activity, not a place. The minute you start thinking in that way, the office becomes a place for connection and collaboration. The minute you come to the office just to do Teams calls and you’re swapping one desk at home for another, you’re doing it wrong.”

We’re also talking to our leaders about work being an activity, not a place. The minute you start thinking in that way, the office becomes a place for connection and collaboration” – David Blackburn

Blackburn’s career in HR has spanned more than two decades and six organisations, including in the housing sector, and he has recently become a chartered companion of the CIPD. He describes winning HR Director of the Year in 2020 as a major moment in his career.

“It was the first time I’d ever been shortlisted for HR Director of the Year and so that in itself, was huge. It meant a huge amount to me because the award is incredibly prestigious as I was in such esteemed company,” he says.

Asked about his biggest achievements in HR, he says he likes to think he’s made each organisation a better place to work. Today 89% of colleagues describe the FSCS’s culture as a positive and healthy one and 92% describe the FSCS as a caring and inclusive employer.

“It’s not just the people impact of my work [that means a lot], but also how that impact has unlocked better performance. That’s something I feel really passionate about.” 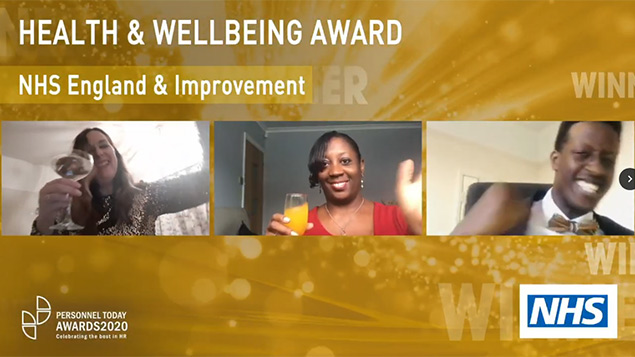 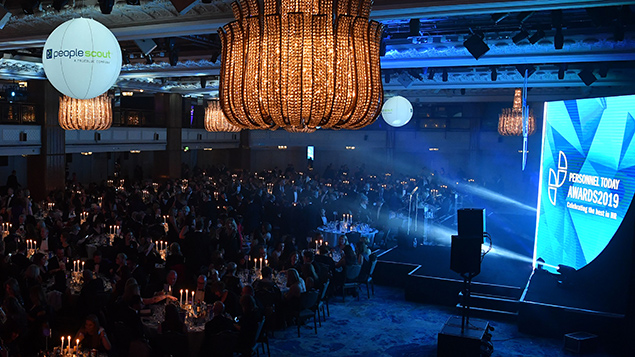