How to use neuroscience to tackle unconscious bias

Testing for instinctive prejudices in the workplace is a controversial area. But an approach based on the functioning of the brain could help employees accept the need for it and defuse any resentment they may feel, writes neuroscientist and psychologist Dr Lynda Shaw.

Unconscious bias affects most decision making on a daily basis; it’s normal and it is usually subtle. But in the business arena, if unchecked, it can erode staff morale and ruin any progress an organisation tries to make to embrace inclusion.

Many organisations now appreciate that there is a strong correlation between embracing gender diversity and business success. The logic behind this is powerful: the diverse sea of top talent is larger, so there will be a wider choice of the best people. This could produce a clear competitive advantage.

Can artificial intelligence help rid us of unconscious bias?

How to overcome unconscious bias

Findings from a McKinsey Global Institute study (2015) revealed that a lack of gender diversity was associated with a greater likelihood of below par performance in a sample of 366 companies in Canada, Latin America, the UK and the US.

This research, and that from Morgan Stanley’s Institute for Sustainable Investing (2015), also found that individual female investors were twice as likely as male investors to consider positive social or environmental impact alongside rate of return.

Because it is clear that gender diversity is beneficial to organisations, it is vital to close the gender pay gap. Yes, it’s necessary to recruit more women to senior positions, but businesses should look to ensure there is no unconscious bias when recruiting all employees and when offering promotion.

Uncovering unconscious bias is the first step to tackle the problem, but this can be unsettling for a lot of people who do not recognise they have any prejudices.

One such test is the implicit-association test (IAT), which is designed to measure people’s automatic associations with various groups on the basis of gender, ethnicity or other criteria. The IAT project is a well-researched social psychology test originated by professors at Harvard University.

To put this in context, the brain categorises people as part of its “in-group” (friend) or “out-group” (foe). It is considered that since the early days of humans it was an evolutionary advantage to be prejudiced against our perceived out-group for our safety, but this is hardly helpful in the modern workplace.

Results from the IAT show that people are faster at associating positive words with their in-group and negative words with their out-group – demonstrating bias. But critics doubt that it truly tests bias, saying it is simply testing familiarity. This is a very important consideration, because it could show racism when there is none. It means that if the debrief is handled badly, with such a negative interpretation, using IAT tests would create discontent.

Let the brain take the strain

One of the ways to get over this is to explore with people how the brain works and explain the mysteries of unconscious processing in a positive way.

For instance, the part of the brain of most interest here is a cluster of nuclei called the amygdala, an almond-shaped area situated in the medial temporal lobe at the tip of each hippocampus. It is the core of one of the major limbic circuits, known as the emotion centre. There is an abundance of literature associating the amygdala with fear-related processing as well as other roles in emotional processing. 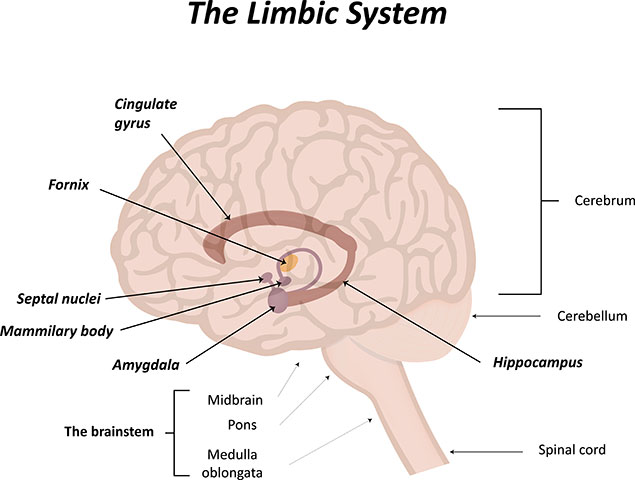 Research has shown that the amygdala is activated when exposed to implicit racial bias. I know from my own research into unconscious processing of emotion that the amygdala definitely responds way below conscious awareness. And for good reason, because it facilitates our fight or flight response.

The amygdala is well connected to other brain regions including the medial prefrontal cortex (mPFC) which has an inhibitory control over emotion. So, think of this relationship as the super-fast and rash amygdala being regulated by the sensible mPFC. All good so far, unless we are stressed or over-tired and this regulation falters. We can now see incredibly good reasons to manage stress and get enough sleep, because if we don’t our biases will be more evident. So, if you are making an important decision tomorrow, get to bed early tonight.

Another way of looking at this is to consider the incredible ability the brain has to rewire. The neuroplasticity of the organ is such that we actually restructure it depending upon what we are exposed to, thus changing our behaviour. This means that by working in an environment of inclusion we become more inclusive.

These are just two examples of how neuroscience can help people understand unconscious bias, while validating and managing their behaviour in an interesting, effective and enjoyable way. We cannot simply decide to get rid of bias. That’s not how unconscious processing works. But we can raise awareness and learn what to do about it.

You may find this checklist useful to determine how large a role unconscious bias is playing in your organisation without making people feel bad about themselves:

Remember, if you are working with teams of people on unconscious bias it is very important that you emphasise that it’s a normal human behaviour. It is useful for making quick decisions and is likely to never be properly erased. But we can work with it for the better.

I think the practice of mindfulness can go a long way in promoting cognitive flexibility (i.e., oneÃ¢â‚¬â„¢s ability for open inquiry into self-deceptive cognitive processes, preconceived ideas, and stigmatization of others):
Check out the following references:

Why do females need to be asked more than men whether they feel significant? Given the huge differences between individual men, this sounds somewhat sterotypically sexist in that it presumes the male default is that they do feel significant, or that women are far more likely to feel insignificant.

Addressing bias: How to boost progress in diversity...

Ethnicity pay gap reporting will not be mandatory

Is the law confusing around positive action and...

Ethnic minorities ‘as likely to be in top...