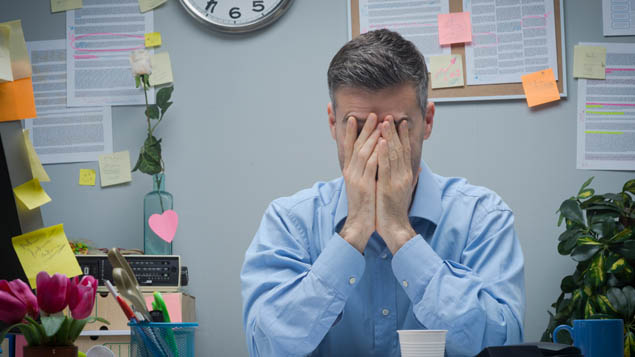 Overall workforce happiness is being dragged down by a lack of training and development opportunities for lower-skilled workers and high levels of stress among middle managers, according to the CIPD.

Its UK Working Lives survey found that while almost two-thirds of workers (64%) were satisfied with their job, many felt overworked or lacked the opportunities to progress in their career.

One in four (43%) low-skilled or casual workers believed that their job did not offer good opportunities to develop their skills. More than a third (37%) of people in this area of work claimed they had not received any training in the last 12 months.

Why employee happiness really matters, and how you can achieve it

Meanwhile, a third (35%) of middle managers said they had too much work to do, with 28% claiming their work had a negative effect on their mental health.

Of the 6,000 people surveyed, those in senior positions were the most satisfied with their job. They felt less pressured than middle managers, but more than a quarter (28%) said they found it difficult to fulfil personal commitments because of their work.

Peter Cheese, chief executive of the CIPD, said: “The Government has been clear that it wants to improve job quality in the UK, but in order to create quality jobs you have to be able to know one when you see one.

“We have a record number of people in work, but we have to make sure that we have quality as well as quantity, and that means making sure every job is a good job.”

With the survey finding that nearly two-thirds (62%) of workers wanted to reduce their hours, Cheese suggested that organisations needed to make “smarter” working a priority, which would help address the UK’s productivity issue.

He explained: “We need to ensure that we’re designing our jobs flexibly and in ways that best utilise the skills of the workforce, implementing positive health and wellbeing strategies, and tackling workplace cultures of stress and giving voice and support to our people.

“Alongside that, we need to give those looking to develop their skills the ability to do so, through workplace learning and wider investment in skills development to make sure we’re making the most of all the talent that people have.”

Among its recommendations to improve workforce happiness, the CIPD suggested employers should offer clear routes for progression, increase the provision of flexible working arrangements, conduct audits to identify the causes of stress and advertise support services to all staff.