Migrant worker salary threshold set to be lowered to £25,600 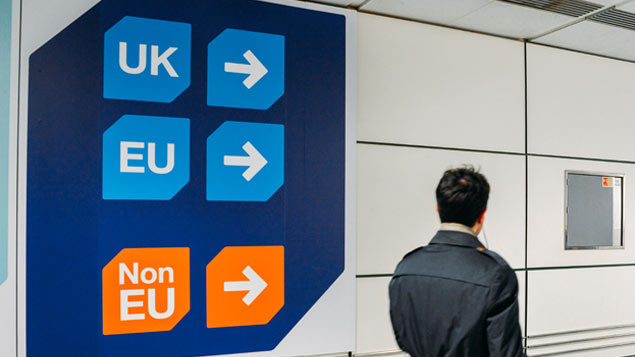 Boris Johnson and home secretary Priti Patel are expected to announce their immigration reforms on Friday, which reportedly include plans to lower the migrant worker salary threshold from £30,000 to £25,600.

Under the points-based scheme, applicants will need a job offer at the appropriate skill level from an approved sponsor company, the government is expected to confirm later this week.

Workers who have been offered a salary less than £25,600 might be able to make up points elsewhere to enable them to work in a sector with a skills shortage. Points will also be allocated for speaking “good” English and for “outstanding” qualifications.

Workers from EU nations and non-EU countries will be subject to the same immigration requirements when the Brexit transition period end on 31 December 2020.

A government source told the Times: “The PM wants to deliver a system which demonstrates the UK is open and welcoming to the top talent from across the world, which will help the economy and country thrive.

“At the same time we must deliver on what this country voted for – by decreasing low-skilled migration and breaking away from a reliance on cheap labour to focus on boosting skills, technology and innovation that will truly benefit the UK for the long term.”

A minimum salary threshold of £25,600 for applicants under the Tier 2 (General) visa scheme was recommended by the Migration Advisory Committee last month, but it said that most teachers and NHS staff should be exempt from meeting this requirement.

A second phase of reforms is be expected to follow later in 2021, including positive and negative points awarded for age, favouring younger workers over the old; more points awarded to those planning to work outside London; and additional points for those educated in the UK.

There will also likely to be a “short-term visa” issued to those wanting to work in sectors where there are shortages of low-skilled workers, such as care or construction.

The Home Office said it would set out its plans for a “firmer and fairer system” including a points-based immigration system from 2021 that will attract the “brightest and best talent from around the world” and cut low-skilled immigration.

It estimates that the new rules will mean there would be 90,000 fewer EU migrants arriving in the per year, but an increase in the number of skilled workers – currently 65,000 per year.

A fast-track visa scheme for top international scientists, mathematicians and researchers has also been announced.