Work no more insecure than 20 years ago 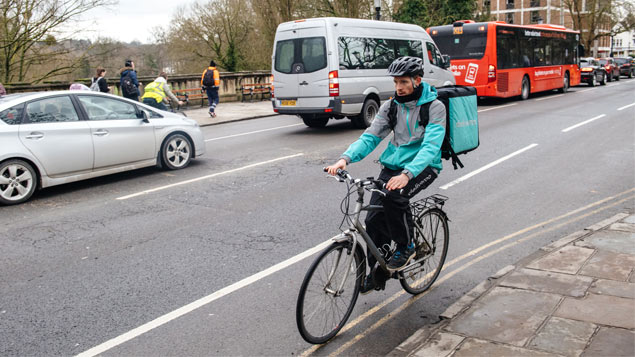 Work in the UK is no more insecure than it was in 1998, despite claims that there has been an increase in precarious work through the gig economy and the use of zero-hours contracts.

A fifth of UK workers were on non-permanent contracts, including the self-employed and temporary workers, in 2018 – the same proportion seen 20 years ago, according to analysis by the CIPD.

While the share of people on zero-hours contracts peaked at just under 3% of the workforce in 2016, this has since fallen to 2.4%.

It suggests the rise in people on these contracts since 2012 (when the proportion increased beyond 1% of the workforce) was due to better awareness of what can be considered a zero-hours contract and increased reporting of those engaged on them.

The CIPD claims most workers without a traditional permanent employment choose to work in the way they do and, on the whole, are satisfied with their decision. But the majority of “involuntary” temporary workers who would rather have a permanent job also remains relatively low: just under 27% of these workers wanted a permanent contract in 2018, compared with 40% in 2013 and 41% in 1994.

Ben Willmott, head of public policy at the CIPD, said its analysis countered some of the common rhetoric that the UK employment landscape is becoming more insecure.

“On a wide range of indicators, the evidence suggests that, overall, employment security has remained broadly stable over the last two decades with very little evidence of any structural big increase in casual and insecure work. Increases in employment insecurity where they have occurred seem to be cyclical, linked to economic downturns, rather than a long-term trend,” he said.

The report Megatrends: Is work really becoming more insecure? also attempts to dispel the myth that the concept of a “job for life” no longer exists. In 2017 the share of long-tenure jobs – defined as a role lasting 10 years or more – was just under 32%, compared with 30% in 1997.

Average job tenure for men remained at nine years, while female job tenure increased from 6.8 years to to eight.

Workers were less worried about finding another job than they were in the 2000s. Just 9% feared losing their job in 2017, compared with 17% in 2000, while the proportion of workers who were very worried they would not get a good job reduced from 28% to 17%.

However, it notes that the CIPD UK Working Lives survey found 46% of employees disagreed with the statement that it would be easy to find another job with similar conditions – representing roughly 13 million people.

“This suggests that more attention should be paid by policy makers and employers on improving job quality and workplace productivity across the economy to tackle problems such as low pay and discrimination, not simply on improving the rights and security of atypical workers, important though this is,” said Willmott.

“The government needs to outline in its Industrial Strategy additional measures to work with employers to improve how people are managed and developed. For example, through ensuring sector deals are contingent on plans to improve leadership and people management practices, providing enhanced business support to small firms and improving labour market enforcement.”