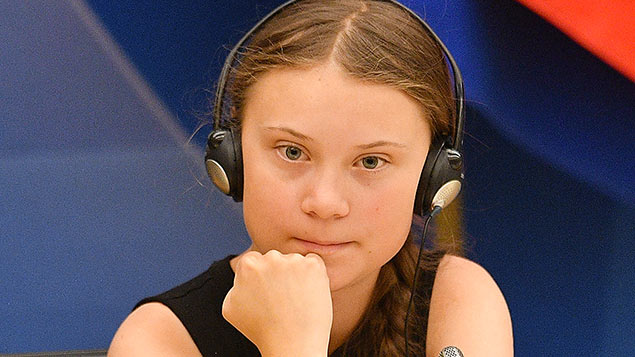 UK employers face a 30-minute “general strike” in support of the Swedish environmental activist Greta Thunberg, according to a motion proposed at next month’s Trades Union Congress in Brighton.

Thunberg’s recent calls for adults to join the next student walkout now has the backing of the University and College Union (UCU), which has tabled a motion at next month’s TUC Congress for a “solidarity climate stoppage”.

We feel a lot of adults haven’t quite understood that we young people won’t hold off the climate crisis ourselves. Sorry if this is inconvenient for you. But this is not a single-generation job. It’s humanity’s job” – Greta Thunberg

It will be the first time since 2012 that the TUC has heard a motion for a mass walkout.

“We are calling on all the TUC affiliate unions, student unions throughout our colleges and universities and politicians and community groups, to support the call for a 30-minute workday stoppage in solidarity with the global school student strike on 20 September,” says the UCU motion.

Writing in the Guardian in May, along with 46 other youth activists, Thunberg said: “We feel a lot of adults haven’t quite understood that we young people won’t hold off the climate crisis ourselves. Sorry if this is inconvenient for you. But this is not a single-generation job. It’s humanity’s job.”

Affiliate unions to the TUC represent 5.5 million UK trade union members, but it is expected that non-members could join the action. The global strike is intended to start a week of climate action around the world.

Thunberg said: “Starting on Friday 20 September we will kick-start a week of climate action with a worldwide strike for the climate. We’re asking adults to step up alongside us. There are many different plans under way in different parts of the world for adults to join together and step up and out of your comfort zone for our climate.

“Let’s all join together, with your neighbours, co-workers, friends, family and go out on to the streets to make your voices heard and make this a turning point in our history.”

But the strike, albeit only half an hour, could be illegal. For industrial action to be lawful, a union must comply with a series of statutory requirements including a strict balloting process and notice periods.

Anna McCaffrey, senior counsel in the employment team at Taylor Wessing, said: “More informal or short-notice walkouts, such as the proposal to support climate activist Greta Thunberg, may not meet the legal requirements if there is insufficient support in a ballot or if the ballot has not been held in accordance with the rules.”

Unions must give a week’s notice of a ballot and inform employers of the results as soon as possible. They can only call for action if the majority and turnout is high enough. The employer must then be given two weeks’ notice of any strike action. The TUC Congress, where the UCU motion appears on a preliminary agenda, is 8-11 September and the proposed action is 20 September.

“Any spontaneous walkout is unlikely to be lawful,” agreed Alison Benney, director of enlightenHR.

“However, many employers – and the public – may be in favour of supporting this growing movement and therefore agree to allow their employees to stop work for a 30-minute period.

“Some employers may say that if their employees wished to participate they do so as an unpaid break although this would hardly be ‘industrial action’.”

Lee Jefcott, employment partner at Brabners, said: “A climate change walk-out certainly won’t be recognised in employment law as a trade dispute so participants wouldn’t be protected in the same way they are for normal industrial action. In addition, there hasn’t been a formal union members’ ballot which is mandatory for a protest to be lawful.”

He added: “The unions themselves could also be vulnerable to legal action if they encourage members to take part in an illegal strike. If they want to take a stand on climate change, there are other, less risky ways of doing so, such as staging protests during unpaid lunch periods or campaigning for the issue to have more prominence on the school curriculum.”

Full text of the motion for TUC Congress 2019