Is legislation the answer to fat cat bonuses and poor corporate governance? 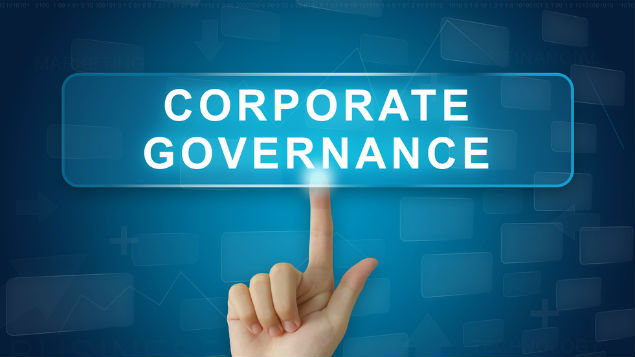 With employee representation off the agenda, should the Government bring in new corporate governance regulations to make executive pay fairer and better linked to performance? William Granger looks at proposals set out in the current government consultation.

The Department for Business, Energy and Industrial Strategy published its long-awaited Green Paper on Corporate Governance reform at the end of November 2016 with consultation running until 17 February 2017. It aims to set out a “new approach to strengthen big business through better corporate governance” with greater accountability and by rebuilding trust. The paper focuses on three main areas: executive pay; an increased voice for employees and other stakeholders in the boardroom; and extending corporate governance principles for listed companies to large privately-held companies. The options are wide-ranging from voluntary approaches to increased regulation, with the Government stating it has no
preferred option.

ing shareholder influence over executive pay by increasing transparency, and simplifying and strengthening long-term incentive plans. The paper references the public perception that executive pay is increasingly disconnected from the pay of ordinary working people and the underlying long-term value of the companies they manage.

The suggested options include:

This paper describes the importance of having diverse opinions at board level, with the general public needing more assurance that interests beyond profit for shareholders are included. Would the proposals ensure that employees, customers and suppliers who have a direct or close interest in a company’s performance and operations could contribute to board-level decisions?

Instead, the options include the possibility of creating stakeholder advisory panels, which could give views on issues as they arise to be considered at full board meetings. This could include being consulted on executive remuneration policy and the annual remuneration report. An alternative is designating an existing non-executive director to ensure that voices of the key interested groups, especially employees, are being heard at board level.

Another option is formalising reporting requirements related to stakeholder engagement, which the Government believes could raise boardroom and wider awareness of the duties directors owe, and provide greater confidence that boardroom decisions are being taken with regard to wider stakeholder interests.

The paper explores whether or not the largest privately-held businesses should meet higher minimum corporate governance and reporting standards. It highlights the recent failure of retailer BHS and its impact on employees, suppliers and pension fund beneficiaries as an example of the lack of protection for interests beyond those of owners.

The options include extending the application of the Corporate Governance Code beyond listed businesses, developing a separate code or applying reporting standards more consistently.

The paper suggests that if a separate code is developed it could be entirely voluntary and recognises that encouraging better business behaviour through a voluntary approach has led to significant success over the last decade. This includes doubling the representation of women on boards following the Davies review.

The problem with taking more prescriptive political and legislative action is that it can lead to unintended consequences. The Green Paper addresses the fundamental question of how far good corporate culture can be legislated for.

One of the strengths of our current system of corporate governance has been the use of non-legislative standards adopted by business itself.

At a time when the Government is showing that Britain is open for business following the Brexit vote, any proposals to tighten corporate governance potentially puts this at risk unless it also attracts more business. The Financial Reporting Council itself recognises that the Corporate Governance Code does not prevent inappropriate behaviour, although it can make it harder to conceal. Since the banking crisis there has been a lot of work within the financial services sector on ethics and culture which goes beyond compliance.

Cultural change cannot be driven effectively by legislation alone and it needs acceptance at board level that doing the “right thing” is good business in every sense. It should become ingrained within the business.

The danger with over-regulation is that it can stifle innovation. Businesses will want to encourage entrepreneurial spirit, which is a balance of taking risks with the need to manage and incentivise those risks within the legislation. Given the wide variety of private businesses and the need for innovation in business modelling to meet the fast-changing future, a one-size-fits-all model may backfire.

A difficulty with politicising executive pay is that it risks dwelling too much on pay levels and distracts from key questions about the connection between pay and value, and how pay reporting can serve to regain public trust in business leaders.

There is a tendency to confuse frustration over job insecurity and years of stalled pay rises with public outrage over high executive pay, but this arguably misses the point.

There is little evidence that pay ratios or median pay correlate to improved long-term performance. For example, the recent paper from Lancaster University Management School found a negligible correlation between high executive pay and good performance.

In the financial services sector there has been little evidence that complex pay structures have changed behaviour. However, linking performance measures to deeper cultural change led by the board has been much more effective.

Executive pay should perhaps focus more on improved transparency, fairness and being seen as such. There should be less over-complication, and more focus on a long-term performance approach, with reward being more aligned with adherence to good corporate culture.

Given the political impetus, there is likely to be some new law on a voice for, and reporting on, the interests of stakeholders other than shareholders. The uproar over high executive pay and reaction to government promises to make a perceived elitist economy fairer was shown in the campaign by the High Pay Centre declaring that by 4 January 2017 (“Fat Cat Wednesday”) the average FTSE 100 CEO would have earned more than the average employee will all year.

Lessons from other countries on the voice of employees on boards include the difficulties in employees’ ability to achieve effective representation and lack of voting power. Works councils for example are said by some not to have enough fire power to effect change. Perhaps, ironically, the rise in shareholder intervention on the issues may effect change.

The need for culture change is gaining momentum, whether it is catalysed by legislation or not.

It is anticipated that addressing accountability and trust through good culture can help to achieve long-term sustainable success for all stakeholders.

William Granger is partner in the employment, pensions and immigration group at Charles Russell Speechlys
View all posts by William Granger →
Previous Article
Next Article