Judges entitled to whistleblowing protections, but are not ‘workers’ 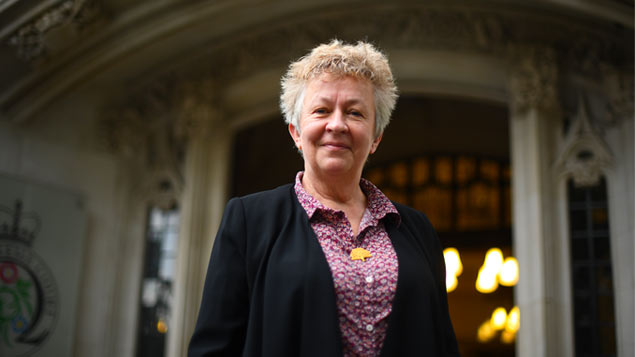 Judges and other non-contractual office holders are protected if they blow the whistle but they cannot be classified as “workers”, the Supreme Court has ruled.

In handing down its landmark judgment in Judge Claire Gilham’s case, which sought to recognise judges as workers and therefore offer them certain protections, the Supreme Court said that it would be a violation of the European Convention on Human Rights to fail to extend whistleblowing protections to judges.

In 2015 Judge Gilham argued in an employment tribunal that she had been bullied after she blew the whistle about bullying, the lack of appropriate and secure court room accommodation, severely increased workload and administrative failures at Warrington County Court. She claimed that as a result of this bullying she suffered a mental illness and was forced into retirement due to ill health.

Her claim for whistleblowing detriment failed at the employment tribunal, and later the Employment Appeal Tribunal and the Court of Appeal, which all decided she was not a worker for the purpose of whistleblower protections.

Judge Gilham’s claim for whistleblowing detriment and disability discrimination will now go back to the employment tribunal.

The Supreme Court’s judgment on judges’ status appears to go much further in scope to include other office holders within whistleblowing legislation, for example statutory appointments such as registered company directors, secretaries and board members.

However, while the whistleblowing protections would apply to judges and other non-contractual office holders, the absence of a contract between Judge Gilham and the Ministry of Justice meant that she could not be classified as a worker under the Employment Rights Act 1996.

Emilie Cole, a partner at Irwin Mitchell, which represented Judge Gilham, said: “Widening the scope of whistleblowing protection is fundamentally in the public interest and benefits wider society.

“The recognition by the Supreme Court that an occupational classification is capable of protection as a ‘status’ under Article 14 of ECHR [European Convention on Human Rights] has far reaching consequences.

“Non-contractual office holders are now capable of claiming legal protection for blowing the whistle. This is a massive step forward in equality law and will have wide implications for the greater good. Justice has finally prevailed.”

Judge Gilham said: “Ethically I always knew that my point was right: that judges should have human rights protections. You can’t have justice without independent and unafraid judges, and if judges can’t speak out to protect the court system, then justice suffers and the people caught up in the system suffer too. I look forward to my claims being heard in the employment tribunal.”

Louise Skinner, a partner at law firm Morgan Lewis, said the case highlighted the challenges in defining traditional worker statuses. “The Supreme Court decision overturns the Court of Appeal’s judgment and therefore seems more in line with the Taylor Review and the general rhetoric around greater employment and worker protection.”