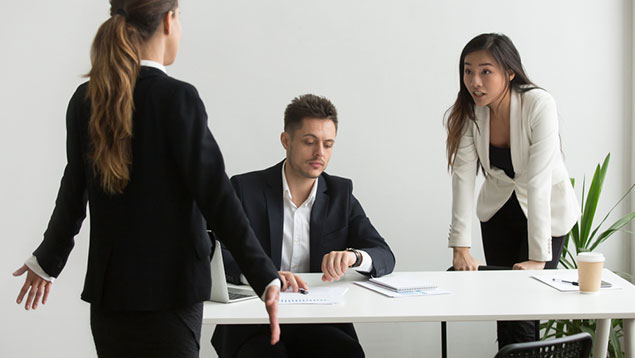 Although 35% of UK businesses have no system in place for whistleblowing, a comparison with other economically similar nations in Europe shows that the UK is ahead of the curve.

The UK’s 65% of companies with systems in place compared favourably with Germany’s 55.5% and France’s 53%. Switzerland almost matched this country with 64.9%. In terms of specialist reporting channels, such as web-based whistleblowing systems and hotlines, the UK was even further ahead with 68.1% of those with whistleblowing systems in place operating them as opposed to 47.7% in Germany.

Among UK companies surveyed, 39% received complaints last year about misconduct on matters such as bribery, theft or fraud. Misconduct was more frequently reported (in 46% of cases) in large companies with more than 249 employees. Just over a quarter of these unearthed potential financial loss of between £9,000 and £90,000 via whistleblowing channels (16% identified over £90,000).

Financial losses of more than €100,000 caused by misconduct were experienced by 21.1% of businesses in Switzerland, 17.8% in Germany, 13.8% in France and 13% in the UK. But in 2018 about a third of the companies surveyed were able to recoup more than 60% of their financial loss because of their whistleblowing systems.

The report’s author, tech provider EQS, interpreted the results as meaning that the UK had a more firmly entrenched whistleblowing culture than many other countries.

The report that found in the UK, Germany and Switzerland companies were more likely to introduce a whistleblowing system to strengthen their ethical and moral reputations, whereas in France the avoidance of financial loss was the prime motivator.

Also, the top reason cited by UK businesses for not having a whistleblowing system was there perceived “strong culture of identity”. In Germany and Switzerland businesses were more inclined to state it was because “there is no obligation”.

However, whistleblowers’ reports in France were more likely to be substantiated than those in the UK (60% against just under half).

The UK’s financial sector is in the midst of stepping up protections for whistleblower. Currently 8,000 companies are subject to Financial Conduct Authority (FCA) rules on whistleblowers, which will be extended to an additional 55,000 companies at the end of this year. Whistleblowing rules have been tightened under the market abuse regime and also under rules designed to hold senior managers to account for failings under their watch – the senior managers and certification regime.

Last month the EU passed a whistleblowing directive to strengthen provision across Europe, requiring all organisations of more than 50 employees to set up channels and procedures for whistleblowers to report safely and confidentially. Each EU country is required to implement the policy by May 2021.

Although the UK has its own legal protections for whistleblowers (the Public Interest Disclosure Act 1998), Cathy James, Protect’s senior legal consultant, warned that the UK, if it did not adopt the EU rules, risked being left behind and said the charity had been contacted over the years by many people, such as self-employed workers, who found they were not protected by UK law.

A Protect spokesperson added that there was no room for complacency in the UK, citing a lack of awareness of whistleblowing systems, with 54% of employees in 2018 stating their employer had no policy or that they were unaware of whether there was a policy in place.

She added that “policy and whistleblowing sytems are pointless without awareness, trust and confidence.

“Yes, multiple channels and confidentialtity are crucial, but we advise a holistic approach – and not one-size-fits-all. The real failing we tend to see is a lack of training and expertise among senior managers and personnel.”

Věra Jourová, EU commissioner for justice, consumers and gender equality said of the new EU laws: “Dieselgate, the Panama Papers and Cambridge Analytica revelations made us realise how whistleblowers help uncover unlawful activities that damage both the public interest and our general welfare. We must support and protect the courageous people who bring illegal activities to light.”

Prof Christian Hauser, project manager at the University of Applied Sciences HTW Chur, Switzerland, and study manager, emphasised the importance of establishing reporting systems, which “are an effective tool for disclosing illegal and unethical actions and also contribute significantly to the protection of reputation and limiting financial losses arising from misconduct”.

Almost  1,400 companies across the UK, France, Germany and Switzerland were surveyed for the study.