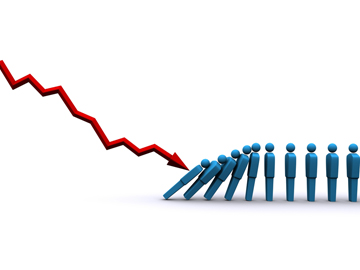 The UK labour market suffers from deep-seated problems that won’t be rectified by economic growth alone, according to a report published today by the CBI.

In the report, “Mapping the route to growth: rebalancing employment”, the CBI claims that the decade of economic and jobs growth prior to the recession masked entrenched problems, including pockets of long-term unemployment and inactivity, high public sector dependency and serious skills shortages.

In addition, projections of future employment trends suggest that these labour market divisions will deepen as the recovery continues, with highly skilled jobs expected to be most in demand in London and the South-East, compared with the North-East and West Midlands.

The report, conducted by Esri UK, analyses the labour market on a geographic, region-by-region basis and marks the start of a new CBI project that will set out to explore what is needed to get the UK working.

It suggests that the cyclical rise and fall in employment has hidden a deep-rooted problem of long-term unemployment and economic inactivity:


John Cridland, CBI director-general, said: “The Government has rightly focused on tackling the structural deficit in the public finances, but needs to apply the same rigour to attacking the structural jobs deficit.

“The boom years before the recession masked the extent of deep-rooted problems in parts of the labour market, including long-term unemployment and an unhealthy dependency on the public sector. These problems will not disappear with the economic recovery and, left unchecked, will have grave social and economic consequences.

“Only private sector growth can create the jobs we need and we must ensure the fruits of recovery are felt in every region. We need to get the UK working and that is going to require fresh thinking and innovative solutions.”

The CBI’s proposals for getting the UK working will be published later in the year. The maps from the CBI’s report can be viewed on the CBI website.

XpertHR has a range of information available for businesses that are thinking of attracting and recruiting staff.