Labour pledges to give gig workers the same rights as employees 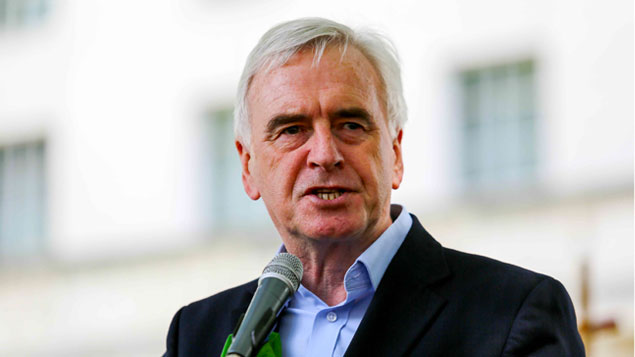 The Labour party would give gig economy workers the same rights as employees – including sick pay, parental leave and protections against unfair dismissal – shadow chancellor John McDonnell will pledge.

In a speech at the TUC’s annual conference today, McDonnell will say a Labour government would automatically treat those in insecure jobs as workers, unless the organisation can prove otherwise.

Full rights would be extended to all workers, including those in the “limb (b)” category – self-employed individuals who carry out work on behalf of an organisation without a formal employment contract.

HM Revenue and Customs would also be “properly” resourced so that employers that breach employment rules will be fined.

He will also criticise the government-commissioned Matthew Taylor review on working practices – the recommendations from which informed the government’s Good Work plan, which was published earlier this year.

He will tell conference attendees that it the Taylor review was wrong to assume that working flexibly must come at the price of job insecurity.

“Just because you value the freedom of independence or the convenience of flexibility doesn’t mean you have to forgo basic rights.”

Labour’s plans were welcomed by Jason Moyer-Lee, general secretary at gig workers’ union Independent Workers Union of Great Britain. The union has represented several individuals in their claims to be recognised as workers rather than as self-employed – including a successful claim by an Addison Lee cycle courier and a group of Deliveroo riders who are seeking to overturn a ruling that they were self-employed.

“Rigorous government enforcement and extending all employment rights to limb (b) workers are things the IWGB has been consistently advocating for.”

“These solutions are a matter of common sense and will truly change the lives of these workers, unlike Matthew Taylor’s and the Tory government’s useless dithering on the topic,” said Moyer-Lee

However, Crowley Woodford, partner at law firm Ashurst suggested Labour’s proposals would move the UK’s employment model closer to the continental European model of collective decision-making and “squeeze out” the flexibility that some employers rely upon.

“These proposals would inevitably add to the employer’s cost base and the complexity of the employment framework in which they operate,” Woodford said.

These solutions are a matter of common sense and will truly change the lives of these workers, unlike Matthew Taylor’s and the Tory government’s useless dithering on the topic,” – Jason Moyer-Lee

Gig workers lives would also lose the flexibility that attracted them to their role, according to Andy Chamberlain, deputy director of policy at the Association of Independent Professionals and the Self-Employed.

“Gig work gives them a sense of control over their careers, which is particularly important for people who need to find work which fits around parental or caring responsibilities,” he said.

“The clear majority of people also have a regular job alongside their gig work, so gig work provides a source of additional, flexible income that most are very happy to have.”