Learning from a merger

By Jo Faragher on 27 Sep 2012 in Careers in HR, Fit notes, HR strategy, The HR profession 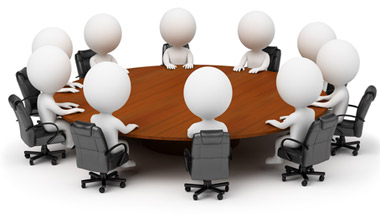 The organisation you work for has just announced it is going to acquire another company. Everyone is excited about the deal, the company will be able to grow and prosper, gain new customers and hopefully save a bit of money on back-office systems in the process – at least that’s the theory. But signing the document and announcing the acquisition is just the start of a very long, arduous integration journey that will see top-level managers and HR dealing with change daily.

Noel McGonigle, HR director of communications company Azzurri, knows this only too well. He joined the company in 2006 and was involved in integrating the 16 new businesses that Azzurri had acquired since 2000. “Having acquired 16 companies, some of which had also acquired other companies themselves, we ended up with around 22 pension schemes, different benefits and lots of individual agreements that had not been formally documented. So it wasn’t simple,” he explains.

And that was just the terms and conditions. Bringing together 16 disparate working cultures also proved to be a challenge. To address this, Azzurri developed an employee engagement programme, known as OneAzzurri, to bring unconnected employees together. As part of the programme, staff could attend face-to-face interviews with senior board members, there was an employee representative group where people could voice their concerns, and a web Q&A page was devised, which kept a log of any questions that had been asked about the mergers.

On a personal level, getting involved in post-merger integration can arm you with career-enhancing skills and raise your profile within and beyond your current employer. Also, integrating the cultural element can prove to be the most rewarding aspect to deal with, says McGonigle: “In terms of personal skills, I gained more understanding of the need to communicate and how often. My ability to negotiate improved, as did my problem-solving abilities. The leadership required to take you through something like this is considerable – you learn a huge amount.”

Isabella Brusati, a change and transformation consultant, who has worked on a number of post-merger integration projects, agrees: “Working in merger integration can definitely improve your career prospects. If you’ve got a big deal under your belt you will be considered an all-rounder,” she says. But she also says that too often HR professionals become blindsided by the operational aspects of the deal (for example TUPE or aligning reward programmes) and lose sight of the overall business objectives. Brusati adds: “One of the most important things to understand is what the business perspective is. It is often a cost exercise, but you also need a pragmatic understanding of how the business works, what the synergies will be and what the objectives are.”

It’s not surprising that many managers feel daunted by the prospect of a merger. There are a host of figures on the proportion that fail: one KPMG study found that 83% of deals hadn’t boosted shareholder returns, while a separate study by AT Kearney concluded that total returns on mergers were negative. The most frequently cited reason for a failed merger is because the two cultures did not integrate successfully – and this is where HR can really make a difference.

“The earlier you can identify and address issues around culture and capability, the better,” says Nick Holley, director of the Centre for HR Excellence at Henley Business School and a veteran of a number of acquisitions, including Vodafone’s hostile takeover of German telecoms company Mannesmann in 2000. “You need to be looking at the people who are driving value in the company you’re acquiring and how you retain them. If you try to ‘assimilate’ people into your way of doing things, then you’re destroying that value.”

Successful involvement in merger integration means perfecting the HR basics – from getting new contracts right to simply making sure people get paid – but also being comfortable discussing the overarching business objectives of the merger in a language the chief executive and the rest of the board can understand. “You need your feet firmly on the ground, but your head in the strategic atmosphere,” advises Vernon Bryce, consulting partner for EMEA for Kenexa. “You need to be able to play your part in a multi-disciplinary conversation with other departments. What does success look like? What metrics can we use to measure the value we aim to create?”

How involved you can get with the process will often depend on the type of acquisition and how early in the deal HR is brought in. If you’re drafted into discussions before the deal is set in stone, this is a great opportunity to flag up potential cultural issues such as talent retention. If you’re approached once it has been signed, the temptation can be to try and hold on to the status quo, says Holley.

“I once came in to my office after the weekend to discover that an acquisition had taken place and the project I was working on was no longer relevant. Overnight, my world had changed and I tried to fit my project into the new world. My boss was really honest with me and explained that if chose to hang on to this project, my future in the new company would be limited,” he says. Concerning yourself about making sure the deal achieves its objectives, rather than focusing on your personal job security, is a worthwhile survival strategy.

Finally, if you’re looking to learn how to manage post-merger integration, there really is no substitute for experience. “There isn’t really a formal coaching course you can go on: your best bet is informal coaching in your own business,” says Brusati. “Speak to people who have been through a merger before. You could read a book on change management and it would all seem very straightforward, but what happens in reality is often very different.”

For information and guidance on your HR career, visit the My Career section of the site.