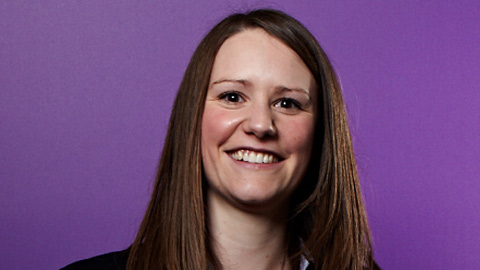 Office banter can be a very tricky subject – one person’s harmless joke can be very offensive to someone else. Helen Ward (pictured), an associate at Clarion law firm, looks at how employers can aim to encourage good team relationships and, in some places, an informal atmosphere without exposing the business to an expensive harassment claim.

Offensive language hit the headlines in the case of Heafield v Times Newspaper. A newspaper sub-editor brought a claim for harassment on the grounds of religion/belief, which made it all the way to the Employment Appeal Tribunal (EAT).

The editor was working on an article about the Pope, which had the working title of “the Pope”. As the deadline for the article was approaching, the editor shouted across the newsroom: “Can anybody tell me what’s happening to the f***ing Pope?” As a Catholic, the sub-editor found this remark to be offensive. But although the comment may have caused offence, both the employment tribunal and the EAT found that a reasonable person, in this context, would not have considered it to be harassment.

In what many would consider a common-sense decision, the tribunal emphasised that people are not perfect and sometimes use bad language thoughtlessly. Thankfully, that means that not every adverse comment in relation to characteristics that are protected under the Equality Act will trigger a viable harassment claim. This is a positive move by the tribunal system to avoid encouraging an oversensitive environment where every trivial comment is litigated.

For HR managers facing a similar complaint from an employee, this case is worth bearing in mind. Of course, the issue should still be looked into – not least the context in which any offensive language was used. In Mr Heafield’s case, the person shouting the remark was under pressure and did not intend to hurt anyone’s feelings.

Be aware, however, that the actions of an employee could still constitute harassment whether or not offence was intended. Harassment occurs when conduct has the purpose or effect of violating a person’s dignity or creating a hostile, intimidating, degrading, humiliating or offensive environment. Therefore, if an employee reasonably feels offended, that is sufficient. Mr Heafield’s claim failed because it was, in the eyes of the tribunal, unreasonable.

How to deal with complaints

What should employers do in a situation where they feel an employee is overreacting? Very often, a quiet word is all that is needed to reassure the upset employee that discrimination is taken seriously but that an offensive remark may simply have been a misguided joke. A quiet word should also be had with the person who made the remark, to explain that while they thought it was amusing they should be aware that more sensitive members of the team might be upset.

Having an up-to-date equality and diversity policy in place is absolutely essential. Ensuring that any unacceptable behaviour results in a disciplinary sanction is equally important to prevent it from becoming systemic. It is helpful to be able to refer to an established equality policy that sets out that breaches might result in disciplinary action.

Sometimes, complaints turn into full-scale tribunal claims because the offended employees felt that their initial objection was ignored. So don’t ever simply brush over these cases. Employees should know that if they make a complaint in good faith, it will be taken seriously and be handled sensitively. Likewise, anyone harassing others should know that it will not be tolerated.

Implementing equality and diversity training for staff, particularly those in managerial and supervisory roles, and making sure everyone understands the policies and the implications of not following them can help prevent issues from arising in the first place. Practically, it can be as simple as updating the organisation’s policy and putting up a notice or circulating an internal memo that makes everyone aware of it.

If the worst happens and an employee does bring a discrimination claim because of office banter, employers may be able to avoid liability by using the “statutory defence” – meaning that the business will not be held liable for an employee’s discriminatory acts if all reasonable steps to prevent the acts had been taken.

Helen Ward is an associate at Clarion law firm

XpertHR FAQs on dealing with harassment in the workplace:

Under the Equality Act 2010, can an employee bring a claim for harassment where the unwanted conduct is not directed at him or her?

Can employers be held liable for harassment that takes place during a work-related social event?

If an employee behaves in a way that results in another employee bringing a successful discrimination claim, can the tribunal require the first employee to pay compensation?