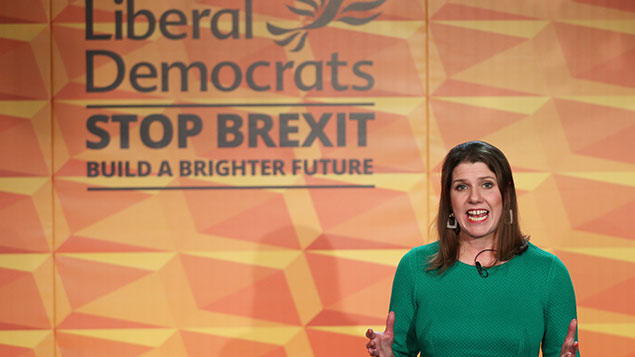 The Liberal Democrats would alter employment rights to make them a better fit with the gig economy if it came into power after the forthcoming general election.

A key part of this, according to the party’s manifesto launched on 20 November, was the creation of a “dependent contractor employment status” in between employment and self employment. This would entitle workers to minimum earnings levels, sick pay and holiday entitlement. A Worker Protection Enforcement Authority would be created to enforce the new rules.

People on zero-hour contracts would benefit from a 20% higher minimum wage to compensate them for the uncertainty of fluctuating hours of work. This builds on Matthew Taylor’s recommendation in 2017 that zero-hours workers should gain a 15% minimum wage boost, itself similar to a policy in Australia where casual work attracts a 25% pay premium paid on an hourly basis.

It also chimes with recommendations from a Demos think tank report, financed by NatWest, which noted that access to loans and mortgages was poorer for flexible workers most of whom also had no sick and maternity pay. In Belgium and Denmark self employed workers can join schemes that pay a variety of benefits.

The LibDem manifesto said zero hours and agency workers would also be given a right to request a fixed-hours contract after 12 months “not to be unreasonably refused”.

There would also be a significant legal change in that the burden of proof of employment status would be shifted at employment tribunals from the individual to the employer.

The document says the LibDems would review pension rules so that those in the gig economy did not lose out and portability between roles was protected.

The emphasis of the proposals is on reshaping employment rights to fit the changing nature of employment and the effects of rapidly evolving technologies. Labour plans to end zero-hour contracts are condemned as symptomatic of a “dogmatic, backward-looking approach would destroy flexible jobs that people value and harm the economy”.

Similarly, the government’s record on workers’ rights is given short shrift: “The Conservatives have not done enough to support workers as they are sucked into insecure, poorly paid jobs.”

Whereas Labour promised to give all workers the right to flexible working, without going into further detail, the LibDems pledge to change the law so that flexible working is open to all from day one “unless there are significant business reasons why that is not possible”.

The manifesto observed that “Conservatives are pursuing policies that make it harder to start successful new businesses and Labour do not understand or value start-ups and small businesses.”

Among the bolder initiatives outlined in the manifesto is the pledge to provide free childcare for all children with parents in work from nine months and for all children from two years, up to the time they start school. This, according to the document, “would plug the gap in provision, ensuring that parents have an easier choice when it comes to returning to work after parental leave”.

According to the Institute of Fiscal Studies, this would represent an extra £13bn a year, which is more than four times higher than the current level of spending. It is, however, a devolved issue that could be applied differently in the four nations of the union.

Stephen Moore, partner and head of the employment team at law firm Ashfords, said that although the LibDems’ gig economy proposals were an “attempt to address the perceived inequality in bargaining power between the individual and the provider/employer, the proposals are unlikely to lead to fewer court proceedings around the status of gig economy workers as they fail to address the root of the issue: the lack of a clear and easy test to determine employment status without the need to go to the employment tribunal for clear determination,” notwithstanding the onus now being on the employer to prove employment status.

Unlike the other two major parties, the Liberal Democrats are better able to defend their spending commitments on the basis that a LibDem-majority government is committed to cancelling Brexit, thus restoring between £400-£500m a week to the economy, according to figures from the IFS.