Setting up a Community Interest Company: what are the HR challenges? 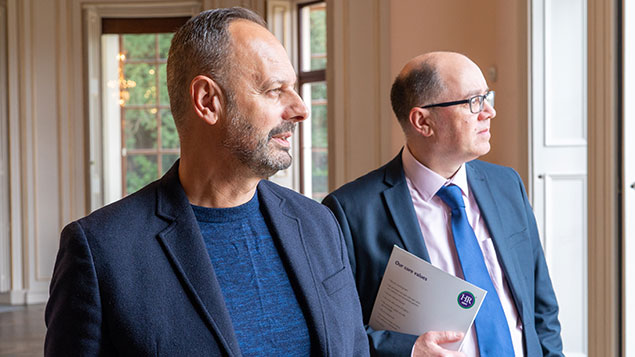 Community Interest Companies (CICs) are becoming a more popular option for running heritage sites or similar organisations transferring out of local authority control. But there are a number of complex HR challenges, as Lance Hobbs explains.

Our nation’s museums and heritage icons are not normally managed by not-for-profit social enterprises. Mostly, they’re managed by the National Trust, major museums, charities or local authorities, such as in Bristol, where the city council looks after all of the area’s museums and parks.

Until recently, this was also the case with Gunnersbury Park and Museum in Ealing, West London. The site was jointly managed by Hounslow and Ealing borough councils but a complex change of circumstances, involving a National Lottery Heritage Fund bid, combined with cuts to local authority budgets, meant an alternative type of management was desirable.

So following a major restoration project funded by the Heritage Lottery Fund, Heritage England and both councils, the Regency period mansion museum and the park which surround it are now under a 25-year lease as the responsibility of the new Gunnersbury CIC.

CICs were introduced by the government in 2005 and were intended for social enterprises that want to use their profits and assets for the public good. With more than 10,000 set up in the decade since the concept was launched, they have proved surprisingly popular and easy to set up.

The stipulation is that CICs must manage “activities that a reasonable person might consider are activities carried on for the benefit of the community” – a description easily met by Gunnersbury Park.

Initially, Gunnersbury Park needed advice to manage the early transition of council employees to the new organisation. Today, most staff have all been recruited directly into the CIC. From an HR point of view, starting from scratch is always an uncomplicated place to be when creating policies and contracts.

However, there was a need to manage different holiday entitlements and it was crucial here for the CIC management to undergo effective communication with people making the transition, to explain the reasons why there might be different policies for different staff.

One of the biggest issues I faced as their HR advisor was how to help with the transition to new hours of work.

The councils were insisting that the park was open all hours, all days of the year including Christmas Day, so after a consultation, we made changes to all employee contracts once the CIC had all employees on board. TUPE transfer rules regarding Economic, Technical or Organisational (ETO) reasons for making the changes were needed to ensure the smooth running of the new CIC.

“One of the very early changes we to make was to build a culture and policy framework which respects expectations for shorter working weeks, more favourable sick leave and holiday entitlement – the soft side that the charities and local authorities put in place because they can’t afford top salaries – while recognising that we are also a not-for-profit start-up,” says David Bowler, the CEO of Gunnersbury Park.

It was crucial to check how the team could build a set of basic employment conditions that were completely legal but were also a bit tighter and sharper than the sector would normally enjoy.

These issues are probably the biggest challenge of starting a CIC in the museum and heritage sector. Firstly, you will be taking on employees who may have worked for the same organisation for 20 years who need to appreciate that services are now being delivered in a completely different context, as we have to pay our way.

Secondly, there is the issue that the museums and heritage sector attracts a type of person – very academically qualified, often with Master’s Degrees – who are being asked to work on minimum hours contracts or in part-time jobs as a museum guides, as a way to get a foot on the ladder.

These people are very bright, very passionate about their subject area, but who are often new to the world of work and how it functions. They need to understand that while we’re within the museums and heritage sector, we’re also something of an anomaly.

Bowler adds: “We’re running a museum service for two local authority areas with a combined population of 650,000 people – it’s a huge customer base but we have to do it in a manner that means we generate at least 60 per cent of our income through trading. So we have to be a bit sharper, a bit more entrepreneurial, and we have sometimes had to help our staff to embrace these different ways of working.”

Looking to the future

Gunnersbury Park may well prove to be at the forefront of a new trend whereby publicly-owned facilities are transferred to CIC ownership which needs to be dynamic in order for the organisations to survive.

Such places need to foster an appropriate culture, with staff who recognise that reward systems will differ from those in the public sector and where flexibility is key – not only in terms of career progression but also in terms of accepting generic job roles which may embrace many aspects of running a heritage facility, including for example conservation, curation and education.

The challenge is therefore to create a bespoke, objective job evaluation framework which takes account of a number of sectors – not just museums and parks but also other facets of business and industry, so that your CIC can come up with job roles and salaries which are competitive in the marketplace.

Compliance is critical, of course, but equally as important is the creation of a culture which attracts the right people and keeps them happy in the workplace. At Gunnersbury, the management needs HR guidance that is both practical and pragmatic, so that they can carry on the day-to-day running of the facility while managing the risk of employing a spectrum of staff.