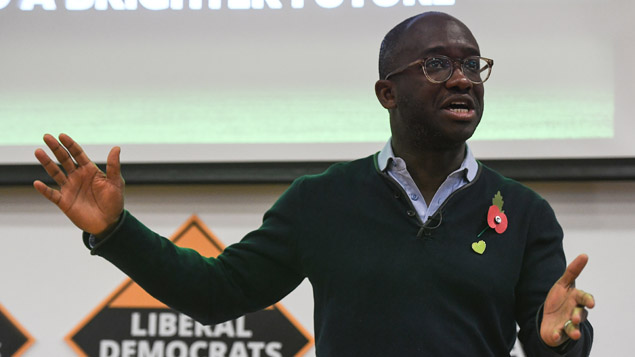 The Liberal Democrats have proposed a £10,000 “skills wallet” for all adults to help fund learning and training over the course of their working lives.

The Lib Dems hope individuals would be encouraged to add their own money into the pot to help fund their own education and training. Employers and local government would also be able to make top-up payments into the wallets.

The party’s shadow business, energy and industrial strategy secretary, Sam Gyimah, said: “Working hard should mean secure work and a decent income, but for too many people that’s not the case.

“In an ever-changing workplace people often need to develop new skills, but the cost of courses and qualifications shuts too many people out.

“By stopping Brexit and investing in our Skills Wallets, Liberal Democrats will empower people to develop new skills so that they can thrive in the technologies and industries that are key to the UK’s economic future and prosperity.”

Individuals would be able to choose how and when to spend their money on a range of government-approved training courses. The Lib Dems said the government would work with employers to identify which skills are needed.

They propose to introduce it in 2021-22, allowing time for a consultation and to ensure it is implemented effectively.

Labour and the Conservatives are also expected to announce policies to increase lifelong learning as they approach the general election next month, according to the BBC.

Earlier this year Labour proposed a free national education service, while the Conservatives recently launched the National Retraining Scheme, which is aimed at workers whose jobs are at risk of automation.