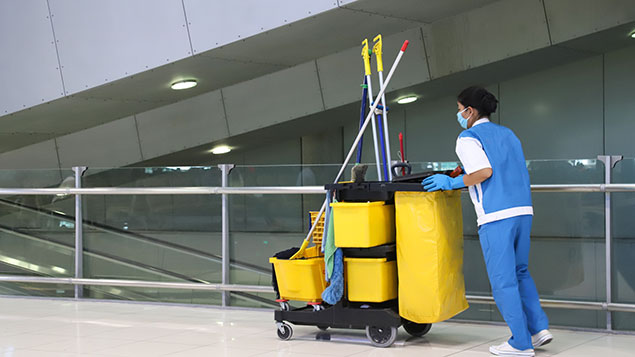 The Living Wage Foundation has announced its new rates with the headline figure for outside London rising to £9.30, an increase of 3.33% (30p).

More than 210,000 workers will receive a pay rise once the voluntary pay rate – the minimum paid by almost 6,000 employers – is implemented.

XpertHR: what is the living wage and how is it calculated?

The latest rises mean that the difference between the “real” Living Wage and the national minimum wage has grown to more than £2,000 UK wide and almost £5,000 in London.

Among the factors behind why the UK-wide rate went up more than the London rate was that private rental costs and childcare costs rose faster across the country as a whole than in London over the past year.

About 1,500 companies – a record number – have been accredited with the Living Wage Foundation this year, with major new names including FTSE 100 business Hiscox, Crystal Palace Football Club, Welsh Water, Lees Building Society, London City Airport and Newcastle University. In a further boost to the campaign, business and civic leaders in Salford and Cardiff have set in motion plans to double the number of local workers receiving the rate, thus becoming “living wage cities”.

However, according to research published by KPMG last week, 5.2 million jobs are still paying less than the real Living Wage with Northern Ireland being the region with the highest proportion of jobs paying below the pay level (23%) and south east England the lowest (15%).

Living Wage foundation director, Katherine Chapman, said the new Living Wage rates “give a boost to hundreds of thousands of UK workers. Good businesses know that the real Living Wage means happier, healthier and more motivated workers, and that providing workers with financial security is not only the right thing to do, but has real business benefits.”

Among the KPMG report’s key findings were that 19% of UK jobs paid below the real Living Wage, a three percentage point fall from last year and the lowest since 2012, with all regions of the country seeing improved figures.

However, more needs to be done for part-time workers and women on low wages, the report found, with part timers three times more likely to be paid below the threshold and 24% of women facing in-work poverty compared with 15% of men.

James Stewart, vice chair of KPMG UK, welcomed the improvements in the national picture on low wages but added: “The Brexit impasse has undoubtedly impacted the jobs market. Over the coming period of uncertainty productivity will be key and we know that the real Living Wage is an effective driver. What’s good for our workers is good for business too and there is a real opportunity for many to look at the remuneration of their staff in terms of overall benefit to their business as well as the bottom-line.”

He said that part-time workers should not be left behind and far too many women were not yet benefitting from the real Living Wage, comments echoed by Chapman, who added: “With over five million workers still paid below the Living Wage – and 24% of women compared with 15% of men – it’s clear we need to see more employers step up and commit to pay a real Living Wage.”