Male managers more likely to be promoted than women 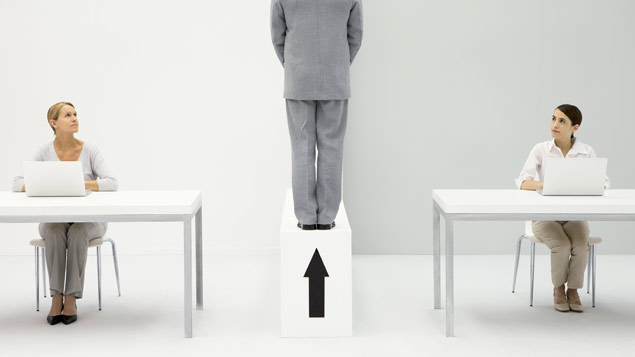 Women continue to receive fewer promotions and earn less than men, according to the latest National Management Survey from XpertHR and the Chartered Management Institute (CMI).

Even allowing for staff turnover, men were more likely to be promoted. For managers who had been with their employer for the last five years, 47% of men were promoted, compared with 39% of women.

Despite the imminent gender pay gap reporting Regulations due to come into effect in April 2017, the average full-time salary for male managers (£38,817) was almost £9,000 more than the average female manager’s.

The pay gap is even higher for those in more senior ranks: men at CEO or director level earn an average basic salary of £131,673, £16,513 more than women at the same level.

Ann Francke, chief executive of the CMI, said that the forthcoming legislation would focus employers on closing this gap.

“Promoting men ahead of women is keeping us all back. Diversity delivers better financial results, better culture and better decision making,” she said.

“Even before the new Regulations kick in, employers need to get on board with reporting on their recruitment and promotion policies and how much they pay their men and women. Transparency and targets are what we need to deal with stubborn problems like the gender pay gap.”

The survey also found that there are far fewer women in executive positions than men. Although women comprise 73% of the workforce in entry and junior level roles, female representation drops to 42% when women get to senior management level.

Just under one-third (32%) of director-level posts are held by women.

Mark Crail, content director at XpertHR, added: “The gender pay gap is not primarily about men and women being paid differently for doing the same job. It’s much more about men being present in greater numbers than women the higher up the organisation you go.

“Our research shows that this gap begins to open up at relatively junior levels and widens – primarily because men are more likely to be promoted.”

Further disparity in pay was revealed through bonuses. In the past year, 43% of men received an annual bonus, compared with 36% of women.

The size of the bonus was also markedly different. Men commanded an average bonus of £22,687, compared with £13,699 for women.

Private-sector employers are the worst offenders, with a 23% gender pay gap, compared to 16% in the public sector.

The highest pay gaps are in the manufacturing and not-for-profit sectors, at 24% and 25% respectively.

The National Management Survey was released the same day as a report by the Institute of Fiscal Studies, which found that women who return to work part-time after having a baby earn less than men for many years afterwards, missing out on promotions and accruing less experience.

Infographic: where are the gaps between men and women in management?