Mentoring gap opens up between demand and provision

Only 13% workers in the UK have a mentor despite employees highly valuing mentoring opportunities.

Figures published today (10 June) revealed that demand for mentoring was not being met, with only one in five organisations currently running a formal mentoring programme. This was despite more than half of employees who had experience of being mentored saying it gave them new skills and confidence.

Research firm Opinium commissioned by the Association of Accounting Technicians found that more than one in two leaders (53%) had acted as a mentor to someone else during their career, only one in four (26%) had received mentoring themselves over the past five years.

How to deliver an employee coaching programme

Just 22% of organisations were running a current mentoring programme – and just 5% of employees working in hotel, leisure and entertainment said they were receiving mentoring around the time they were contacted by researchers.

These figures, the result of 2,000 people being approached, appear stark when compared with the finding that 84% of mentored employees said it was a valuable experience. Just over half of them said they had picked up new skills and gained extra confidence.

Of economic sectors, people working in the advertising and marketing sector received the best current mentoring opportunities. Nearly half (44%) of businesses in this sector had a formal programme in place, with over four-fifths of workers (81%) saying they had received mentoring at some stage in their career. A similar number (85%) added that they had acted as a mentor to someone else.

Financial services was the sector which had the most employees who would like to become a mentor themselves (46%) but only a third of organisations in financial services ran a formal mentoring programme, researchers found. This was still a good deal more than the 13% of those working in hotels and leisure, in which just 5% of workers had mentoring. 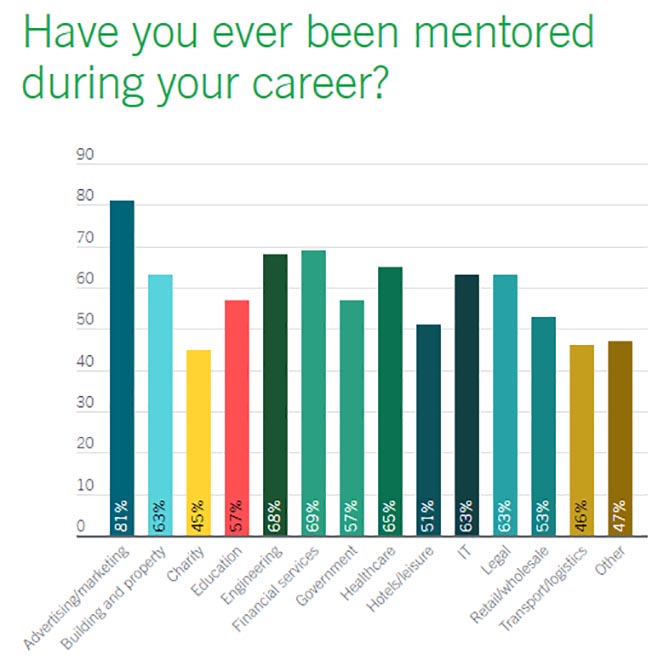 For performance consultant Sylvia Baldock, mentoring was a vital component in the investment businesses need to make in employees: “Companies that run mentoring programmes show a marked increase in engagement and a reduction in both staff turnover and absenteeism. Mentoring is a win-win all round, and the more you invest in people, the greater the returns.”

Association of Accounting Technicians chief executive Mark Farrar highlighted the gap between provision and demand in his response to the research: “It’s clear that mentoring opportunities are not as prevalent as the desire from employees, and the onus is on the workplace to facilitate staff training in this way. Equally, workers themselves should consider the various benefits of being a mentor in their own right. Being a strong mentor makes you a better leader of people.”

Channel 4’s relocation could see up to 90% take redundancy

How to ensure that ‘bad days’ don’t happen...

The importance of being an ethical leader and...

Gender parity in management ‘well behind’ where firms...

How coaching can make retirement an ‘encore’ worth...

Seven types of listening that can change your...