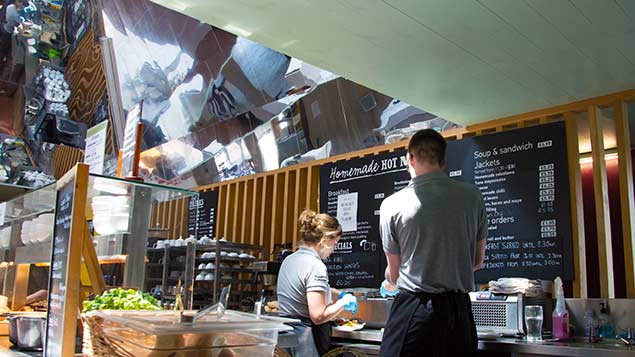 Low-pay sectors such as hospitality will be "heavily affected" by both parties' plans.
Photo: Michael J P / Shutterstock

Increases in the national minimum wage pledged in the general election could be a “gamble” and will inadvertently benefit middle- and higher-income households, according to economists.

A briefing note by the Institute of Fiscal Studies looked at Conservatives’ plans to raise the national living wage (NLW) to two-thirds of median earnings by 2024 and Labour’s proposals for a £10 minimum wage for everyone aged 16 and over from next year.

Under Conservative plans, the NLW would increase to an estimated £10.39. This is around 7% higher than expected under current policy (60% of median earnings) for those aged 25 and over and 16% higher for 21- to 24-year-olds.

“The dramatic rises in the minimum wage proposed by the Conservatives and Labour would take us into uncharted waters,” write the authors. “No other country has attempted such a large rise from such a high base, so past evidence is of limited use in predicting future impacts.”

Increases in minimum wages must at some point reduce employment, as employers can no long afford to hire, but the researchers say the evidence base does not suggest how close we are to that point.

The report highlights a number of other reforms in recent years have pushed up employer costs, including the introduction of the apprenticeship levy in 2017 and the rise in employers’ minimum pension contributions from 2018.

“The Conservative party also has plans to lower the age limit to which auto-enrolment applies (from 22 to 18) and to extend the range of earnings used to calculate minimum contributions. These reforms may make it more challenging for companies to absorb further increases in the minimum wage,” say the authors.

The evidence on any negative employment effects would take time to come in and yet the minimum would have been raised to £10 in one fell swoop. This is a gamble” – IFS authors

The authors Jonathan Cribb, Robert Joyce and Xiaowei Xu write: “The direct benefits from minimum-wage increases would mostly go to middle- and higher-income households. Only 22% of minimum-wage workers today live in the lowest-income fifth of working households, and only 19% live in a household that is in relative poverty.

“Many of those who live in low-income households will see part of their gains from higher wages clawed back through reduced entitlements to means-tested benefits such as universal credit.”

Until 2015, the national minimum wage was set based on a recommendation from the independent Low Pay Commission, which identified the highest wage rate possible that would not damage employment levels.

“Higher wages will garner immediate praise, while the risks may take longer to materialise, and they may materialise (or be shown to have materialised) over a time span longer than the electoral cycle,” say the report.

“Labour’s plans in particular would leave no time to respond if it turns out that the appropriate minimum wage is somewhere between its current level and £10 per hour, since the evidence on any negative employment effects would take time to come in and yet the minimum would have been raised to £10 in one fell swoop. This is a gamble.”

The IFS describes George Osborne’s rebranding in 2015 of the minimum wage to a ‘living wage’ as dangerous. “The concept of a living wage fundamentally divorces the setting of the minimum wage from the trade-off between pay and employment. The wage level required to guarantee workers a decent standard of living may be one that leads to huge job losses,” say the authors.

The economic analysis also warns that, faced with higher wage costs, employers may circumvent the minimum wage rates by contracting work out, relabelling employees as freelance contractors for whom the regulations do not apply.

“Judging the speed at which the minimum wage should rise is art (and politics) as well as science,” but the report says the government should recognise three facts:

2 Responses to Minimum wage pledges will benefit the wrong people