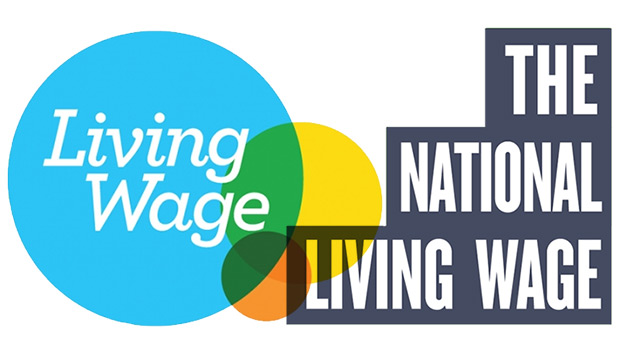 As research from XpertHR reveals that four in 10 employers do not understand the difference between the national living wage and the living wage, Rob Moss examines the branding decision behind the new minimum wage rate for workers aged 25 and over.

The big surprise of George Osborne’s Budget last summer is fast approaching its inception. The national living wage, a new minimum wage rate for workers aged 25 and over, will come into force a month today.

With the ‘national living wage’ brand, the Government could bask in a warm glow of ‘giving’ to poorly paid workers … and, like a cuckoo laying eggs in another bird’s nest, it could benefit from the positive brand equity already nurtured by the real living wage campaign”

Having vehemently opposed Labour’s introduction of the national minimum wage, Osborne’s announcement horrified many employers, for whom it feels like an elaborate April Fool.

In his first purely Tory budget, Osborne presented his softer side to the nation. By acknowledging that low pay was an issue, at a time when Labour was in post-election disarray, he could help the Conservatives assume the mantle of “the party of working people”. Not only are they creating a premium on the standard statutory rate, but it will increase annually, despite slow wage growth elsewhere.

But it’s the populist branding of the new rate that has irked many. You can just imagine the planning meeting:

With the “national living wage” brand, the Government could bask in a warm glow of “giving” – albeit via employers – to poorly paid workers. As the current advertising campaign helpfully informs us, this is a “step up for Britain”.

But, like a cuckoo laying eggs in another bird’s nest, the Government also benefits from the positive brand equity already nurtured by the “real” living wage.

But Osborne’s hijacking of the brand has arguably confused the narrative around low pay.

As this survey suggests, HR professionals and employers are now forced to talk about the two different wage rates with a catalogue of qualifying terms.

Anyone talking about low pay soon has to clarify which rate they mean, potentially quite damaging given the considerable gap between the new minimum wage for the 25s and over and the living wage.

The voluntary, real, original living wage rate is currently £8.25 outside London (£9.40 in the capital); significantly more than the soon-to-be-introduced, mandatory, national living wage rate, which will be £7.20 outside London. It will also be £7.20 inside London; the Treasury chooses not to acknowledge that it’s more expensive “living” in London than outside it. Is this why it chose the prefix “national”?

How the national living wage will increase, compared to the national minimum wage. Source: HM Treasury calculation based on OBR forecast

The real living wage is calculated according to the cost of living, including food, fuel, childcare and more.

Future changes in the statutory national living wage rate will be recommended by the Low Pay Commission, with an aim for it to reach 60% of median earnings by 2020 – likely to be at least £9 per hour.

So has any harm actually been done by the Government’s living wage branding infringement?

In some ways, it has benefited the living wage campaign, which experienced a spike in organisations signing up to become accredited employers after Osborne’s budget announcement.

That said, if four in 10 survey respondents don’t feel confident that they understand the difference between the two, particularly given they work in HR, there is plenty of room for confusion in less conscientious businesses.

Penalties to be doubled for flouting national living wage

The National Minimum Wage (Amendment) Regulations 2016 (the legislation does what it says on the tin) double the financial penalties for which employers will be liable if they are found to have paid any workers below the compulsory minimum rate.

It is promised that a new HM Revenue & Customs compliance team, together with an increased budget, will make sure those who break the law face the consequences.

Erroneously thinking that the national living wage is voluntary is unlikely to make a satisfactory defence.

And, if employers do not understand the difference between the national living wage and the living wage, what hope is there for employees – the low paid workers the Government is seeking to help – to understand it?

While a hike in the national minimum wage rate, albeit only for those aged 25 and over, is welcome, it would have been more easily accepted had it been described accurately. The growing number of employers contacting the Living Wage Foundation suggests many businesses recognise the benefits of paying their workers a wage they can survive on, and not just because they’re unsure which living wage is which.

In the meantime, the national living wage and the living wage will have to co-exist, despite the inevitable confusion that will ensue.