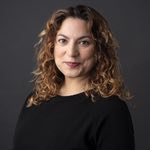 Formerly chief people officer at Travix, Salma de Graaff has joined Scottish-based search engine travel sector firm Skyscanner as VP people. She is an internationally experienced HR leader, having lived and worked in three continents during her 20-year career.  Skyscanner’s CEO John Mangelaars described her as a “strong leader”, adding that coming from “a culturally diverse background herself, Salma is passionate about inclusion and deeply committed to making sure that everyone at Skyscanner feels confident they can be their authentic selves at work and grow in their career, whatever their professional aspirations.”

De Graaff’s role will see her leading Skyscanner’s global people function, talent acquisition, reward, HR operations, learning & development, as well as diversity, equity & inclusion at the flights firm’s office locations across Europe, Americas and Asia Pacific. “The travel industry fills me with energy,” said de Graaf. “With family living around the world and my own experiences of living and working abroad, I firmly believe that travel helps the world connect. It builds our ability to be innovative and kind. Skyscanner has a strong sense of culture and values which are clearly embedded in everything they do, and a lot of that is down to the people who work there.” 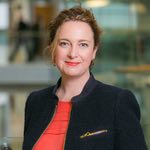 Digital bank Monzo has announced Rachel Mooney as its new chief people officer. She will lead more than 500 colleagues across the bank. As the largest such bank in the UK, Monzo is committed to creating a working environment for its people that reflects its purpose and values. This has led to the bank introducing policies such as its recent commitment to 10 days of paid leave following any form of pregnancy loss. Mooney joins with a track record of leading significant people functions at global blue-chip companies, including Vodafone and Google. Most recently Rachel was chief people officer at Snow Software, the high growth software company, where she helped build and develop organisational and culture strategy. Prior to Snow Software, Rachel spent eight years at Vodafone, reporting to multiple executive members to lead the Group functions with more than 27,000 colleagues. She was also part of the founding team of Google’s EMEA HQ, helping to establish the full breadth of HR capabilities including hiring the leadership team, developing the operating environment and fostering a culture of innovation. Mooney, who has an MSc in applied neuroscience, is from Dublin where she graduated in psychology. She said: “In the lead up to joining, I was struck by how each and every individual I met wanted to really understand my values and how I would add to the Monzo culture of positive psychology, delivery and customer focus. I can’t wait to get stuck in!” 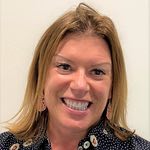 Strategic real estate adviser Avison Young has appointed Susan Marotta to director of HR, UK and EMEA. Reporting to Jason Sibthorpe, UK president, Marotta will work with the senior leadership team to provide strategic and operational HR capability and deliver people initiatives that make a positive impact on employee engagement and business performance. Sibthorpe said: “ Emerging out of the pandemic, we want to ensure they [the employees] are supported in the best way possible, and HR leadership will play a key role in championing a connected, healthy, welcoming and productive workplace for our people.” Marotta said: “The accelerated changes we are seeing around hybrid working, as well as mental, physical and emotional wellbeing, are an exciting opportunity to examine how businesses can engage and support employees, with benefits extending far beyond job satisfaction during the working week.”  Prior to joining Avison Young, Marotta was HR director EMEA for Rimini Street, a global provider of enterprise software products and services and a third-party support provider for Oracle and SAP software products. She was also VP global HR for Iron Mountain Data Centres; and HR director Digital Reality, a US real estate investment company that owns and operates 203 datacentres in 14 countries. She has a masters in personnel & development and is a member of the CIPD. 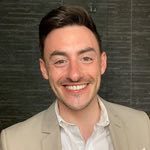 In August Kellogg’s appointed Christopher Hayden-Hayes as its new HR director, taking over from Chris Jones who will be stepping into the role of HR director for continental Europe. Manchester-based Kellogg’s promoted Hayden-Hayes to oversee the people strategy across the UK and Ireland. Hayden-Hayes started his career with the business straight out of university in 2011, as a HR administrator, and has since progressed through a number of roles within Kellogg’s HR function. Following a brief stint at Rolls Royce in 2016, he returned to Kellogg’s as European ER business partner. Most recently, he took on the position of senior HR business partner which saw him support four of Kellogg’s senior leaders in the implementation of people strategies within their functions for more than 400 colleagues across Europe. As part of his new role, Hayden-Hayes will be responsible for leading the people strategy for Kellogg’s largest market in Europe, while also retaining HR responsibility for its European IT function. Hayden-Hayes said: “I’m proud to be part of a broader HR function at Kellogg’s that’s recognised for powering commercial growth, creating a cultural legacy and boldly driving change through equity, diversity and inclusion.” He holds a first-class bachelor’s degree in philosophy, religion and ethics from University of London and lives in central Manchester. 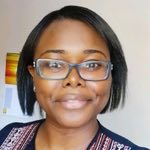 TotallyMoney, a credit app built to help people move their money forwards and achieve their financial goals, announced in the summer the appointment of Liz Afolabi as its people director. She joined from people and culture consultancy Unleashed, where she supported a number of high-growth startups to create thriving businesses and great places to work. With her appointment, TotallyMoney says it aims to “supercharge” its hiring plans, aiming to grow the team by 19% in 2021. Based in London’s Old Street tech hub, the fintech firm has almost four million customers and aims to be one of the best places to work in the UK. At Unleashed, Afolabi spent two and a half years building productive, engaged and high-performing teams for a number of UK and international businesses. Other companies where Afolabi has deployed her skills include Suvera, SimplyCook, Columbia Lake Partners, Healthily and Decoded. Additionally, she has coached leaders and founders on how to effectively develop, mentor and motivate high-performing teams.Afolabi is an ICF-certified leadership and personal coach, has a qualification as a Mental Health First Aider, and is currently studying towards a postgraduate degree in coaching. She said she was “looking forward to enabling the team — so they can support even more customers as the business embarks on this exciting phase of growth.” CEO, Alastair Douglas, added:  “I believe Liz is the person to achieve even better things for us going forward” and “excited to see the impact she has on our mission to help our customers move their money forwards.”

Is the labour shortage really a result of Brexit?