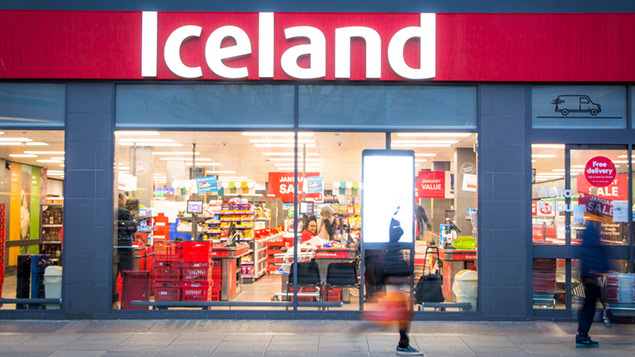 Last year Iceland was told it was underpaying its workers for running a savings scheme.
Photo: Willy Barton / Shutterstock

The government has abandoned its previously “pedantic” approach to ensuring businesses pay the national minimum wage after a review led to what it claims will be a more “proportionate” enforcement regime.

The Department for Business, Energy and Industrial Strategy (BEIS) today announced that a revamped scheme of “naming and shaming” will call out businesses failing to pay their workers the national minimum wage (NMW).

However, employers that run salary sacrifice schemes, where staff receive for example childcare vouchers in exchange for part of their pay, would not face financial penalties if pay falls below the minimum wage.

Furthermore, the government is widening the range of pay arrangements available to businesses that employ “salaried hours workers”, where staff receive an annual salary in equal instalments for a set number of contracted hours.

Under these changes, workers paid per hour or per day, such as those in retail, can be classified as salaried workers. BEIS said the changes will provide more flexibility in how salaried workers are paid, without reducing protections for workers, while employers are less likely to be caught out by the NMW legislation due to differences in their hours from one month to the next.

Matthew Taylor, director of labour market enforcement and author of the Taylor Review, said: “I welcome today’s announcement by the government and believe employers will benefit from the greater clarity these revisions bring to the minimum wage rules for salaried workers.

“Particularly welcome is the news of the reintroduction of the NMW naming scheme, that both recognises the sharper focus advocated by my predecessor and follows a stronger compliance and education approach to help employers get it right.”

The revamped naming scheme will be reported more often, but will significantly increase the threshold for naming employers. Companies which owe arrears of more than £500 will now be named, up from the previous minimum of £100.

“This new proportionate approach will mean that some businesses falling foul of the rules by minimal sums will not be named, provided they correct any errors. These businesses that underpay by less than £100 will have the chance to correct their mistakes without being named, still have to pay back workers and can face fines of up to 200% of the arrears,” said BEIS.

Business minister Kelly Tolhurst said: “Anyone who is entitled to the minimum wage should receive it – no ifs, no buts – and we’re cracking down on companies that underpay their workers.

“We also want to make it as easy as possible for employers, especially small businesses and those trying to do right by their staff, to comply with the NMW rules, which is why we’re reforming regulations.”

The changes will come into force on 6 April 2020, subject to Parliamentary approval.

The previous government faced criticism last year for what was described as its “pedantic” approach to enforcing payment of the minimum wage.

Sir Malcolm Walker, Iceland’s founder and chief executive, described as “madness” HMRC’s accusation that the supermarket had underpaying staff by £21m in back pay for running a Christmas savings scheme for staff.

HMRC’s Minimum Wage Task Force told the supermarket it was breaching NMW rules, because the pay of staff who were setting money aside had technically fallen below the statutory pay threshold, despite the fact that staff could withdraw their savings from the scheme at any time.

The then chairwoman of the Treasury select committee, Nicky Morgan, described the decision as “perverse”.

This morning, Sir Malcolm told Personnel Today: “I am delighted that common sense has finally prevailed on the treatment under the minimum wage rules of salary sacrifice schemes like our Iceland savings club – a voluntary scheme designed entirely for the benefit of our employees.

“Though we should not have had to waste thousands of hours of management time, and hundreds of thousands of pounds in legal fees, battling mindless bureaucracy in order to reach this always obvious conclusion.”

An Iceland spokesman said that as far as he knew, HMRC had not yet formally dropped its investigation into the savings club, though today’s announcement clearly suggests that it will.

John Harding, tax partner at PwC, said: “Today’s announcement should be welcomed by employees and employers alike. It will enable companies to continue paying employees a regular salary over the course of a year without risking a breach in those ‘long’ months where there are simply more working days than normal. Some businesses would not have been fined and named and shamed as ‘rogue employers’ had these changes been in place already.”

PwC estimates the changes announced today will impact around one third of employees.

Lucy Lewis, partner at law firm Lewis Silkin, commented: “High-profile examples of accidental non-compliance included a payroll system that didn’t prevent salary being sacrificed below minimum wage, or pay smoothing – which allowed hourly paid employees to receive the same monthly amount even though they might work fewer days in shorter months, and was largely welcomed by employees whose outgoings didn’t reduce in shorter months.”

She added that the new approach provides welcome nuance and ensures that employers who are inadvertently in breach, often by trying to do the right things, are treated differently than those who set out to take advantage of low-paid employees.

Tomorrow, the Supreme Court hears the final appeal in two cases of care workers who “sleep in” during shifts to establish whether or not national minimum wage regulations apply.