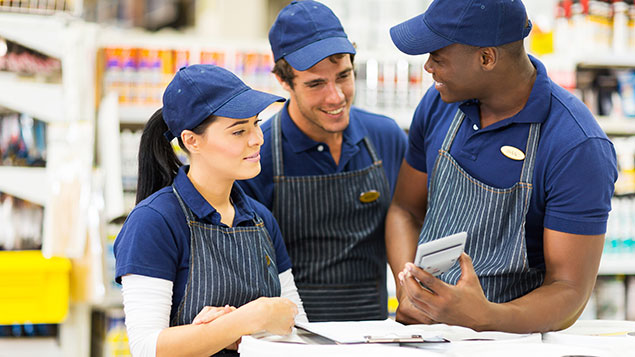 From the start of April 2020 low paid workers will benefit from a rise in the minimum wage that is four times the rate of inflation, in what the prime minister has called the “the biggest ever cash boost” to the legal pay floor.

“Hard work should always pay, but for too long people haven’t seen the pay rises they deserve,” Boris Johnson said.

The TUC general secretary, Frances O’Grady, said the rise was long overdue. “Workers are still not getting a fair share of the wealth they create, and in-work poverty is soaring as millions of families struggle to make ends meet,” she said. “No more excuses, working families need a £10 minimum wage now, not in four years’ time.”

Younger workers and the political battle over the minimum wage

But the response of employers was slightly more reticent, pointing to difficulties currently faced by many businesses. The Federation of Small Businesses was concerned that the rises could have negative effects. The FSB’s director of external Affairs and Advocacy, Craig Beaumont, said: “Four in 10 small employers say they will raise prices in response to a national living wage increase of this magnitude. One in four say they will recruit fewer workers, one in five will cancel investment plans, and one in 10 will consider redundancies.”

He added: “There’s always a danger of being self-defeating in this space: wage increases aren’t much good to workers if prices rise, jobs are lost and there’s no impact on productivity because employers are forced to cut back on investing in tech, training and equipment.”

Matthew Fell, CBI chief UK policy director, said that although business shared the ambition for a higher wage economy, affordability was a key issue: “While it’s the right thing to do and many workers will feel the benefit, some firms will find this rise challenging in the face of tough economic conditions.

“It’s vital that the Low Pay Commission has the full range of tools at its disposal to judge the evidence base, pace and affordability for any future rises to ensure the UK’s successful job creation story continues into the coming decade.”

The British Independent Retailers Association was also among organisations voicing concern. Chief executive officer Andrew Goodacre warned that retail was facing a particularly tough trading environment with costs rising rapidly and would look to employ fewer people as a result of the minimum wage rising. He added: “Retailers value their employees and believe in paying a fair wage.” However, the increase in the minimum wage means that “employers need more help with reduced national insurance or some other form of incentive to employ people.”

In November, Johnny Runge, senior social researcher at the National Institute of Economic and Social Research, warned against the national minimum wage becoming a political tool: “The minimum wage has been a great policy success story over the last two decades, in part because of the close partnership and consensus across experts, employers, workers and political parties. This could be quickly undermined if political leaders alone take control of the future path of the minimum wage.”

Runge noted that in the run up to the general election on 12 December the two major parties were engaging in a “bidding war of who can offer the highest minimum wage, disregarding the advice of the independent Low Pay Commission”.

An NIESR study of the effects of the national minimum wage revealed among other things that the reduced youth rates were used to increase profits and were an incentive to discriminate against younger workers. It also found that childcare providers were among those under serious financial pressures because of government funding cuts and were using the age pay differentials to cut costs.

Adam McCulloch looks at 20 years of the national minimum wage

Phil Hall, head of public affairs and policy at accountancy, tax and business advisory body the Association of Accounting Technicians, referred to the Living Wage Foundation’s recommended rates and how, even with the latest increases, the statutory wage levels were falling short: “Over 6,000 organisations, including AAT, have gained Living Wage Foundation accreditation on the basis of paying a real living wage of at least £10.75 in London and £9.30 across the rest of the UK – so the government has a long way to go to catch up with what has been widely accepted as a more appropriate minimum wage.

In the autumn the Institute of Fiscal Studies warned that: “Beyond some (unknown) point, a sufficiently high minimum wage must reduce employment. We need to tread carefully to boost the wages of the low-paid without damaging employment prospects too severely.”