New written particulars from 6 April could prove a ‘major headache’ 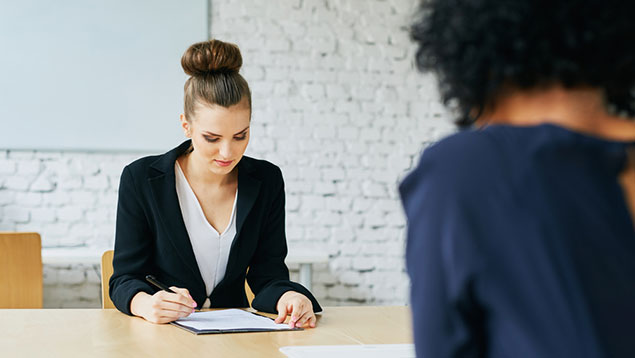 From 6 April employers will have to provide new recruits with upgraded written particulars. This will apply not only to employees but to all workers with some experts predicting the complexity of the new requirements will be problematic for employers.

Part of the government’s Good Work Plan, published in 2018, the changes represent an attempt to implement elements of the Taylor Review (2017) and are designed to ensure workers know from day one what rights they are entitled to.

Employers will now need to give far more information to employees and workers by the time they start with the company. Organisations will be required to provide all prescribed information in a single document including a range of additional particulars such as details of benefits and remuneration.

Six big cases that will shape employment law in 2020

The Good Work Plan: how employers should prepare

Currently, employers have to provide a written statement within two months of new employees’ start dates, but only for those whose employment lasts for more than one month.

According to some employment experts, companies will find it hard to strike the right balance between providing clear, detailed information on one hand and an excess of technical details that could serve to obscure rather than clarify the rights of the worker.

Law firm Allen & Overy advises employers not to underestimate the amount of time needed to achieve the right balance when updating templates for employees and workers. The firm stated it would take a lot of consideration to ensure that contractual rights to benefits are not created where this was not intended.

In a significant step, it will not just be employees who are entitled to receive a written document setting out their basic terms – the right will be extended to workers too. This is a new entitlement that should bring clarity for many people regarding their contractual terms.

The new provisions will be a major headache for employers, especially those who rely heavily on the use of workers” – Ben Power, Springhouse Solicitors

Ben Power, managing partner at Springhouse Solicitors sees this aspect of the changes as “part of a general broadening out of rights to workers; a third category of employment status somewhere between freelance and employed”.

As employers adjust to the new rules they need to consider what measures they may face if they fail to comply.

According to Susie Munro, senior employment law editor at XpertHR, these should remain unchanged: “As now, if an employer fails to provide the required information in a written statement, an employment tribunal will be able to determine what the statement of terms should have said. Employers will want to avoid a tribunal getting involved in determining the terms of the employment relationship in this way.

“A tribunal can order the employer to pay compensation for a failure to provide a statement only if the worker has brought the written statement claim alongside another successful claim, for example for failure to pay the national minimum wage or for discrimination.”

Various elements of the Good Work Plan have already been implemented: the right to a payslip was extended to workers as well as employees from April 2019.

Power is certain that companies are not fully prepared for the changes: “We have no doubt that the upcoming changes will catch a large number of employers out, because what was complicated is now horrendously complicated in our view.”

He points out that a number of new items need to be included in a single document, “which may now become very long indeed, as strictly speaking all benefits need to be included whether statutory or not, details of all training, and details of all paid leave, including on maternity and paternity”. He says that “while there used to be difficulty over what needs to be provided in a single document and what can be referred to elsewhere, there is now an added category of terms which can be referred to in instalments”.

I am yet to have a request for any worker contract templates, which may be indicative of the fact that employers are not aware of, or are not getting prepared for, the new legal right for workers to receive written particulars of their engagement” – Katee Dias, Goodman Derrick

Power argues that those businesses that use workers will find the new system particularly trying: “The new provisions will be a major headache for employers, especially those who rely heavily on the use of ‘workers’. And all employers will need to audit their existing workforce, as well as their existing contracts and policies. Undoubtedly it will be easier just to give everyone updated contracts.”

Katee Dias, senior associate Goodman Derrick, is concerned at the level of preparedness of organisations: “With 6 April fast approaching, I would have expected to see more employers already updating their existing contract of employment templates in readiness for the upcoming legal changes.

“Personally, I am yet to have a request for any worker contract templates, which may be indicative of the fact that employers are not aware of, or are not getting prepared for, the new legal right for workers to receive written particulars of their engagement.”

But Dias doesn’t see much for companies to fear if they fail to comply. “The reality is that the legal changes have very little teeth. The only standalone remedy is for the individual to apply to the employment tribunal to determine what the particular term should be. If the individual has other claims that they are bringing anyway, for example, a discrimination or unfair dismissal claim, they can add on a claim for compensation for failing to provide the written particulars.

“However, the level of compensation that is awarded will normally be limited to between two and four weeks pay, capped at the statutory maximum of currently £525 per week, increasing to £538 from 6 April, so it is not a particularly valuable claim for an individual.”

Kalila Bolton, associate in Allen & Overy’s employment practice, unlike Dias, feels that most employers are prepared for the forthcoming changes but are having to deal with somewhat more urgent matters, such as Covid-19, which “poses real heath and safety risks to employees, particularly in a global company.”

She adds: “The issue of written particulars is definitely on the agenda as we have advised many employers on their new templates but in the scheme of things, there are more pressing concerns.”