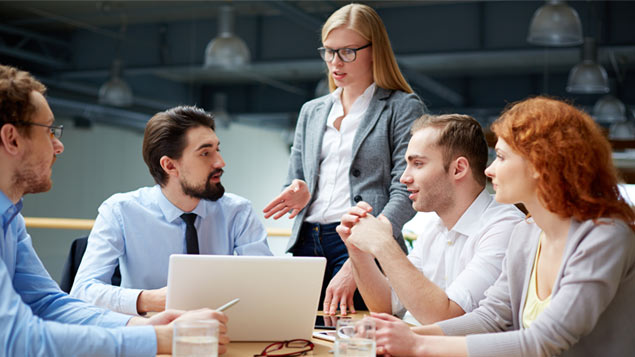 Only a third of organisations were encouraging line managers to talk to their teams about pay fairness. Shutterstock

There is a stark contrast in the views of HR professionals and employees on pay fairness, according to a report from the CIPD.

While 75% of HR professionals think that everybody in their organisation is paid fairly relative to their experience and achievements, only 33% of workers think the same. Only half of permanent employees (51%) think their own salary is fair.

Pay: Why companies need to figure out what’s “fair”

Only a third of organisations were encouraging line managers to talk to their teams about pay fairness.

Charles Cotton, senior reward and performance adviser at the CIPD, said: “Failure to be transparent about pay can make staff feel that they are being kept in the dark and feed a perception of unfairness.

“There’s a real opportunity for organisations to do a lot more around communicating their pay policies to staff, and encouraging line managers to talk to their teams about it, so staff understand how and why such decisions are made.

“But communication is only part of the story and won’t ensure people are paid fairly in the first place. Continued scrutiny over executive pay and gender pay gap reporting shows this is still an issue which many organisations are wrestling with, so businesses need to be on the front foot when it comes to understanding and assessing pay.”

The YouGov research involving 2,031 employees and 465 people professionals, commissioned by the CIPD, found that the higher a person’s salary, the more likely they are to consider their pay to be fair. Just 38% of people who earn less than £20,000 think their pay was a fair reflection of their experience and responsibilities, but this proportion jumps to 50% among those who earn between £20,000 and £39,999.

“As such, people professionals should help their employers to explore whether they are paying their staff enough, and as a minimum a liveable wage. Paying a wage that their people can live on can actually help organisations, as money worries are a key driver of employee stress, which in turn impinges on productivity and organisational performance,” the report says.

Just over half (56%) of HR teams inform staff about the factors they consider when deciding to increase employee salaries. Around 50% explain how their grade structures work, while 45% tell employees what they need to do to increase their pay.

The report suggests that all employers work with their staff to define what fair pay actually means, covering both pay processes and outcomes. Seventy per cent of HR professionals said their organisation did not have a definition of pay fairness.

The report says: “By investing in the people skills of their existing and potential line managers, they should be in a better position to make fair pay decisions and communicate the rationale behind these. In turn, this should build employee trust in the system and their commitment to the organisation.”