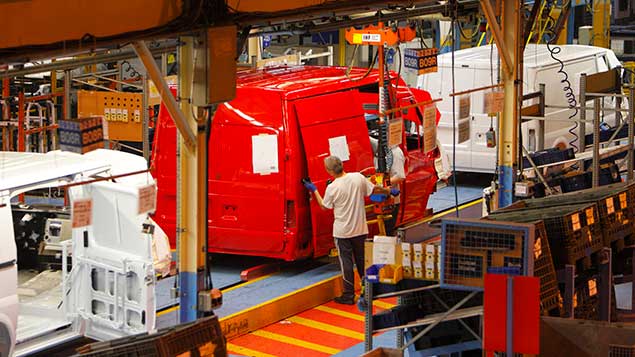 Employment in the manufacturing sector has fallen for the eighth month in a row as factories lay off workers at the fastest rate in seven years.

According to the latest UK manufacturing figures from IHS Markit/CIPS, the pace of job losses in November was the steepest since September 2012.

The sector tracker found that new orders fell for the seventh consecutive month as factories cut their output and ran down stock that had built up before the previous Brexit deadline of 31 October.

The monthly purchasing managers’ index fell to 48.9 in November from 49.6 in October – anything below 50 in the index reflects contraction rather than growth.

Rob Dobson, director at research company IHS Markit, said that November saw manufacturing companies “squeezed between a rock and a hard place”. The further delay to Brexit had created uncertainty, he added, and there was “growing paralysis” ahead of the forthcoming general election.

“Downturns in output and new orders continued amid a renewed contraction in exports. The pace of job losses also hit a seven-year high as firms sought to reduce overheads in the face of falling sales,” he said.

“Manufacturers across all sectors will be hoping that the New Year brings clarity on the political, trade and economic fronts, providing a more certain foundation to plan and rebuild as the next decade begins.”

Duncan Brock, group director at the Chartered Institute of Procurement & Supply (CIPS), added: “A heavy sense of inevitability hung around the sector in November as it continued to suffer the effects of a lethal cocktail of Brexit uncertainty, slowing global growth and an impending general election.

“Inevitably, where new orders fall, jobs are sure to follow and manufacturing employment fell at its fastest pace since September 2012. Firms tried to balance their books by reducing overheads and improving efficiencies quickly, and staff numbers were the casualties.

“With this backdrop of pressures, the sector’s performance is unlikely to change any time soon, which means a bleak beginning for the industry in 2020.”

Manufacturing industry body Make UK claimed yesterday that the current Brexit deal had given a temporary lift to investment in UK manufacturing, but that the sector still faced an uphill battle next year.

Stephen Phipson, chief executive of Make UK, said: “Uncertainties about the outcome of Brexit and the impending general election continue to weigh on the UK manufacturing sector but the build up to Christmas has brought a much needed boost.

“Firms are reporting weaker business activity overall, especially from the domestic UK market but export orders have increased slightly this quarter, indicating greater confidence from foreign customers about purchasing UK goods as concerns about an end of year no deal Brexit fade.”

Make UK estimates that manufacturing companies make up around 10% of the overall UK economy. It predicts manufacturing growth of 0.1% for 2019, and has downgraded its forecast for 2020 to 0.3% (down from 0.6%).