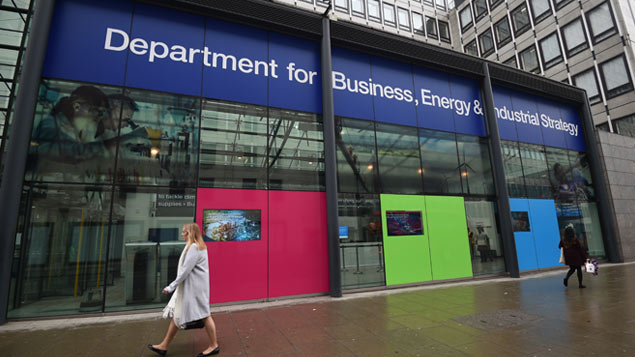 Outsourced staff at the Department for Business, Energy and Industrial Strategy are striking over pay and other issues. Kirsty O'Connor/PA Archive/PA Images

Outsourced workers at two government departments are striking over low pay and changes to pay cycles which a union has claimed has left many struggling to make ends meet.

Staff working on cleaning, kitchen and security contracts for Amarak and ISS at the Department for Business, Energy and Industrial Strategy (BEIS) began their four-day strike yesterday (21 May). Meanwhile facilities management, messengers, print room, porterage and cleaning staff employed by Interserve at the Foreign and Commonwealth Office (FCO) took part in their latest two-day strike.

It is the second strike by Interserve staff at the FCO, who are taking action over the company’s refusal to negotiate with staff over redundancies and contractual changes to pay dates. Another strike was held earlier this month.

The Public and Commercial Services (PCS) union said the changes have left Interserve staff out of pocket and struggling to make ends meet. Staff have also allegedly seen their holiday pay and sick pay entitlements reduced, but this has been refuted by Interserve.

PCS general secretary Mark Serwotka said: “Workers at the Foreign and Commonwealth Office are striking because they will not stand by while a failing company like Interserve attacks their terms and conditions and at the same time, refuses to negotiate with their union.

“The whole debacle shows that Interserve should never have been awarded the contract at the Foreign and Commonwealth Office.”

An Interserve spokesperson said that there had been a very small number of redundancies, but overall it had hired more staff to work on the FCO contract.

“Beyond a change to the monthly payment date, there are no plans to make any further changes to our terms and conditions of employment, including any change in the way the company pays for overtime and sick pay. The change in payment dates followed a thorough consultation process and Interserve has taken action to support staff throughout the transition period.”

Meanwhile, staff employed by Aramark and ISS on the BEIS contract are demanding the London Living Wage of £10.55 per hour. The industrial action followed another strike by outsourced staff at BEIS and the Ministry of Justice, also over pay, earlier this year.

ISS workers are also seeking clarity over when they will be paid, after the union claimed changes to their pay cycle as a result of being transferred to ISS from another contractor left many without pay. A payroll upgrade meant some staff lost out on a week’s pay, which will be paid to them when they leave the company.

The PCS claimed some workers at BEIS had set up a food bank for ISS staff who were struggling to make ends meet.

An ISS spokesperson said: “ISS recognises the right of union members to take industrial action. We stay in constant communication with employees and the department to address any concerns.

“On the issue of recent errors, there were some problems when employees were transferred to us from their previous employer in March. We have resolved all issues we are aware of, and have ensured that problems identified are resolved and monies processed on the same day they are raised. Support has included a dedicated helpline and face-to-face meetings.”

Amarak had not commented at the time of publication.

The PCS called for outsourced work at government departments to be brought back in-house as soon as possible.

The strikes follow similar action taken by outsourced workers at the University of London last year, who claimed they were offered worse sick pay, holiday pay, maternity and pension arrangements than staff directly employed by the university.

The Independent Workers Union of Great Britain, which organised the University of London strike, sought to establish collective bargaining rights for outsourced workers with the organisation they work at. However, its case was dismissed by the High Court in March. 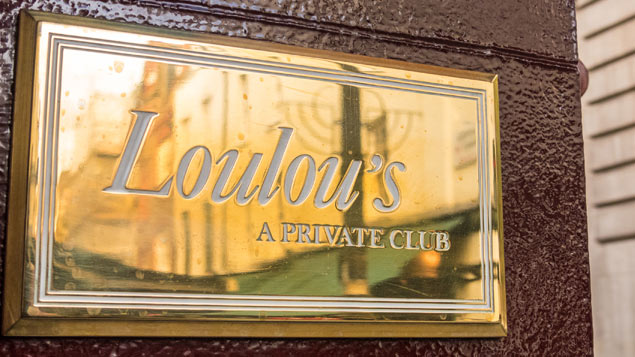 The Independent Workers’ Union of Great Britain (IWGB) has urged one of London’s most exclusive membership clubs to ensure its...