Is Oxbridge losing its appeal? Why a 2:1 degree is not the only talent benchmark 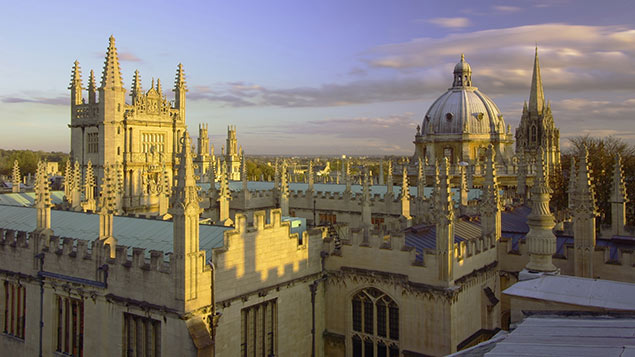 Employers are increasingly turning their back on the idea that to work for them you need at least a 2:1 degree. Virginia Matthews finds that strong degrees from renowned universities are no longer a prerequisite for top employers.

In 2010, one of the country’s largest private-sector graduate employers took a brave swipe at what has been termed the “tyranny of the 2:1”; consulting group PwC launched “Inspired Talent”, a graduate programme aimed at those who may have failed to reach the gold standard degree class, but who offer other special achievements, such as charity involvement.

Four years on, the list of employers prepared to embrace – for at least some entry routes – the thousands of graduates who leave university without an upper second or first degree has widened to include such stellar names as the Civil Service Fast Stream, the NHS, Jaguar Land Rover, Unilever, Debenhams, Nestlé and Siemens.

Yet the debate over what constitutes graduate talent, and how it can be measured in a way which moves the social mobility agenda forward, grows ever more passionate.

An end to privilege?

As recently as five years ago, insurance giant Lloyds of London, which maintains a 300-year-old tradition of recording any loss of ships in quill pen, operated an Oxbridge-first recruitment policy twinned with a heavy reliance on personal connections.

HR and recruitment manager David Banner says that, today, academic and socioeconomic diversity, rather than privilege and nepotism, are seen as critical weapons in the war for talent.

“Far from selecting only from Oxford and Cambridge, we nowadays look at 40 universities altogether and are careful to include non-Russell Group [the elite group of universities] institutions with a broader socioeconomic mix as well as the traditional red-bricks.

“While a 2:1 remains the baseline for the present, we are actively considering whether this is necessary when it comes to bringing in the flair we need for the future,” he adds.

For recruiters faced with thousands of undergraduate applications each year, efficient filtering is a crucial part of the hiring process. Yet for consultancy company EY, where 35 tried and tested universities form the basis of the annual undergraduate trawl, a strict reliance on degree class for the initial sift poses significant problems in terms of widening access.

“We have a responsibility as an employer to not only help redefine what talent is but to question our current benchmark of a 2:1 or 300 UCAS points,” says Julie Stanbridge, head of student recruitment.

“Research tells us that the majority of male Afro-Caribbean graduates get a 2:2 degree, not a 2:1, and if we genuinely want to represent these people in our organisation, then our selection criteria may have to be re-examined.”

That said, in most cases, the 2:1 floor is inviolate. “Given that we get 17,000 applications per year, we do need to operate a filter,” Stanbridge adds.

To Gillian Smith, head of the Civil Service Fast Stream (where a 2:2 is the minimum requirement), the 2:1 remains “a very blunt recruitment instrument indeed”.

“While we do our own verbal and numerical reasoning tests, we take the view that a 2:2 baseline not only encourages a more diverse range of applicants both in terms of ethnicity and socioeconomic background, but also offers sufficient evidence of a candidate’s ability to learn and develop if and when they are selected,” says Smith.

Katerina Rudiger, head of skills and policy campaigns at the CIPD, says that more high-profile employers need to champion the issue of widening access: “The tide is turning when it comes to opening up or ‘democratising’ employer brands and in my view, most organisations are already really engaged with this issue.

“It may well be that the 2:1 benchmark is very much the wrong measure if firms want to attract a more diverse talent pool, but what nobody has really hammered out thus far is what HR can use instead. Until we reach that point, each firm is very much doing its own thing.”

Rudiger believes that detailed questions around volunteering, rather than narrow academic achievement, may be a sensible way forward for the many employers “who recruit for attitude and train for skills”, but she questions how easy it would be to compare candidates with very different experiences in the voluntary sector.

There may also be an issue in gaining buy-in with line managers, who could claim to be uncomfortable managing hires with different education profiles.

“Widening access is an ongoing project which needs some really brave employers to turn current thinking on its head and ensure that their entire organisations are behind the drive for more diversity,” Rudiger says.

Data from online job board Monster suggests that the majority of employers are not screening candidates based on university results. According to its statistics, a “higher class degree” is only specified in about 20% of searches when a recruiter is looking for a graduate.

Andrew Sumner, Monster’s managing director in the UK and Ireland, says: “It’s long been argued and proved that businesses flourish when the workplace is diverse. Perhaps this trend suggests that diversity is now a necessity instead of a banner that companies wave to show their commitment to embracing differences and change.”

He argues that the crucial step to widening access to graduates who have the specialist skills required but did not attended an “elite” university, is to ensure diversity is ingrained in company policy: “This will inevitably open people’s minds and encourage them to seek beyond the obvious to find the best possible candidate.”

Toyota GB, which keeps a 2:1 benchmark on paper but says that in practice there are no hard and fast rules, finds that it is as important to fit in with the corporate culture as it is to have kept your head down while at university.

Recruiting its graduate talent at the intern stage – and mostly from “newer” universities such as Nottingham Trent, Aston and Bournemouth – a spokesperson says that if an intern “displays the core competences that the business requires, and adapts to the Japanese way of doing things”, their eventual degree classification may be unimportant.

Fertility expert Lord Winston made headlines last year when he said that he deliberately discriminated against jobseekers with first-class degrees on the grounds that lower achievers tended to have more interpersonal skills and worked better in a team.

To Stephen Isherwood, chief executive of the Association of Graduate Recruiters, however, it would be unfair for lead employers to replicate such attitudes.

“Many organisations choose to spend their marketing budgets with the 30 or maybe 40 campuses that have tended to be the most fruitful in the past – both Russell Group and non-Russell Group, increasingly – but that doesn’t mean that they restrict their intake to those institutions.

“Employers often set baseline academic benchmarks – two As and a B at A-level plus a 2:1, for example, and as long as candidates meet them, it doesn’t matter where they come from or indeed how they got there.”

He believes that, although widening participation is a strong topic of conversation among employers at the moment, the removal of the 2:1 “floor” poses real problems for larger employers seeking to ensure fair and equal access to roles when application numbers reach tens of thousands.

“Employers can use all sorts of measures to ensure they are being more representative, be it recruiting from areas where free school meals are common to finding out whether candidates’ parents went to university, but in the search for greater socioeconomic representation, there are real fears that young people who work hard and got decent grades at school and university may suffer,” adds Isherwood.

Nationwide may be one of the employers loathe to abandon the 2:1 benchmark, but by asking current graduates to take ownership of campus talent spotting, the firm believes it can tap into new reserves of talent.

Head of resourcing Julie Collier says: “Nationwide has always had a very strong [corporate social responsibility] agenda and of course we want the diversity of our customer base reflected in our workforce.

“From this year, we are forging a far closer relationship with seven particular universities based on their state school intake and their ethnic and gender diversity (including non-Russell Group Bath, City University in London, Oxford Brookes and Aston) and are asking our current year two graduates to take ownership of the scheme by going out to these universities and engaging with potential recruits.

“We don’t know at this stage whether the new approach will find a whole new set of people or not, but we’re pretty confident that we’ll find sufficient talent to make the scheme a success.”

Last month, the liberal thinktank CentreForum proposed a new approach to social mobility measurement based on “outcomes” rather than “inputs”. It believes that the current focus on the number of students from disadvantaged backgrounds admitted to each university must now switch to the quality of jobs secured on graduation.

The proposed Social Mobility Index, which could be used in conjunction with other league table information in helping less well-off students make an informed decision as to which university to choose, would use official student and employment data to reflect the destinations of leavers six months after they graduate.

While the Government is committed to lifting student quotas in 2015, the report Higher education as a tool of social mobility, written by Professor Michael Brown, suggests that this is a mistake. It argues that quotas must be maintained and that universities sending a large number of disadvantaged students into graduate-level jobs, particularly the professions, should be rewarded with extra student places.

Brown, vice-chancellor of Liverpool John Moores University between 2002 and 2011, says that university recruitment is “no indicator” of social mobility and that recruiting more students from disadvantaged backgrounds could be a retrograde step if the extra tuition fees are not set off by better than average jobs on graduation.

The proposed index, which features 153 institutions, is led by the School of Pharmacy, the University of St Mark and St John in Plymouth, Ravensbourne College in London, University Campus Suffolk and Edge Hill University. Only two Russell Group universities feature in the top half of the index (Cardiff at joint 59th place and Newcastle at 74th), reflecting the “high level of social privilege” in the group as a whole.

2 Responses to Is Oxbridge losing its appeal? Why a 2:1 degree is not the only talent benchmark