People who move between jobs benefit from higher pay 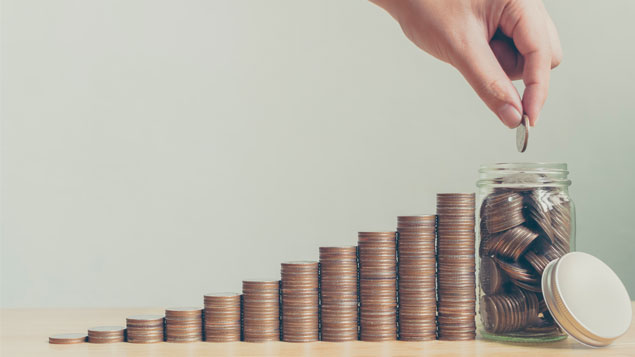 Research published by think-tank the Resolution Foundation has suggested that although pay growth remains weak in the UK, those who do not stay long with one employer can increase their income substantially − creating a “disloyalty bonus”. Meanwhile, new British Chambers of Commerce figures indicate that the UK will see more rapid wage growth in the near future.

The figures show that over a period of 10 years people who switched jobs regularly earned 2.5 times as much as those who had remained with the same employer.

They also reveal that wage growth for people who have moved jobs is back at pre-financial crisis levels while wages for employees remaining in the same job are not growing at the same rate as they did pre-2008 (2.5% as against 4%).

However, the number of people moving jobs has remained well below its pre-crisis levels. Just 3% of workers have moved jobs in the past 12 months, compared with an average of 4% in the year before the crash.

The research points out that wage growth overall remains lower than in the days before the financial crisis of 2008-10, although the number of people employed has risen to 75% of the population from 71% in 2007.

Normally, the research suggested, a rise in employment would indicate stronger pay growth. This has not happened because the rise has come from people who tend to be out of work (such as single parents, people with lower qualifications, and health problems). The research stated: “Because these people tend to be paid less (on average) than those already in work we would expect this to lower average pay and repress measured pay growth.”

Sluggish productivity growth – a measure of economic output per hour of work – remains a key barrier to faster rates of pay growth, as the economy only slowly recovers from the financial crisis and faces new hurdles in the shape of Brexit and investment shortfalls.

Because of these factors, the Foundation said wage growth in the UK could remain at, or just below, the current level of 2.7% over the next few months – well below the pre-crisis average of 4.5%.

Other research, however, paints a more optimistic picture of wage growth over the coming year. New data from job site Indeed and the British Chambers of Commerce (BCC) suggests that half of British businesses are planning to award staff a pay rise of over 2% in the next year.

When looking at increases in the National Living Wage over the next three years, just over a third (37%) say that they will respond by raising prices of products and services, and nearly a quarter (23%) say that they will take lower margins and profits. 16% say that they will increase investment in automation, and the same number will recruit those on flexible contracts, such as the self-employed.

There was no projection of the effect of Brexit in the figures.

Tara Sinclair, senior fellow and economist at global job site Indeed, said: “It would be understandable if workers had felt a little out of pocket so far this year as wage growth in the UK remained stubbornly low. Record employment has also added pressure on employers who must compete in a tight labour market and do so usually by offering bumper pay packets.

“These figures suggest brighter times are ahead for workers who after seeing their wage growth barely exceed inflation could receive a meaningful pay rise. Couple these findings with the recent public sector pay hikes and it appears organisations are feeling more confident despite continued uncertainty. The question now is will they raise wages enough to continue to outpace price rises?”

Jane Gratton, BCC head of business environment and skills policy, said: “This is good news for employees who have felt the squeeze in their pay packets in recent months. But the cost of wage increases has to be offset in some way; for example, by greater productivity, lower costs or higher prices.”