Performance reviews: the benefits of getting social with feedback 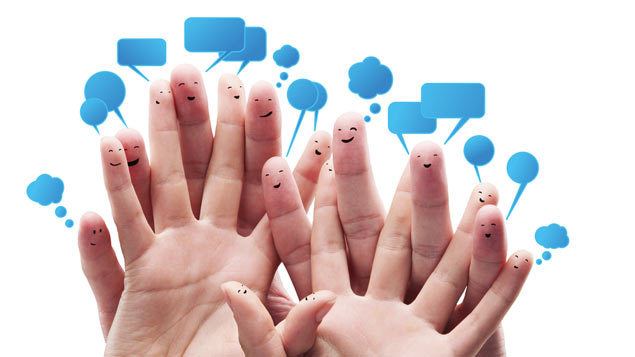 A growing number of employers are ditching the annual performance review in favour of more regular chances to recognise staff. Combining this with “social recognition” can reap even greater rewards.

It’s been well-documented that a number of high-profile businesses such as Microsoft and Accenture have recently abandoned that most hated of corporate traditions, the annual performance review.

Instead of appraising and rating their employees in one fell swoop once a year, they have decided to go for a less regimented system of more frequent feedback, focusing on outcomes rather than processes.

And as we all know, where the big boys go, the smaller guys also tend to follow.

This concept entails opening up the feedback process to peers in order to encourage staff to acknowledge each other should they do great work, perform particularly highly, or show that they are living the values of the company.

Pat on the back

One vendor that has been playing in this space for the last five years or so is employee recognition and rewards software supplier, Globoforce.

Derek Irvine, vice president of client strategy and consulting, explains the benefits: “Social recognition helps you identify team members who are energisers of your culture by giving other members of their community multiple ways of recognising what they’re doing.

“At the opposite end, you can also identify staff who are receiving little or no recognition, which raises the question of why?”

To ensure that the picture is as rounded as possible, Globoforce recently signed a deal with SAP’s cloud-based human capital management software provider, SuccessFactors. This will enable organisations to integrate performance appraisal data into the mix.

Although Irvine acknowledges that data of any kind should only ever be used as a guide rather than the unbreakable, absolute truth, this combination of information can be telling.

So if for example, an individual’s performance ratings as awarded by their manager are high, but their social recognition is low, this may be something to look at.

“Are they in a lonely role where they don’t interact with other people much or aren’t they being coached in the right way?” Irvine says. “The problem is that, if they don’t receive enough recognition, their engagement levels could fall and eventually they may leave.”

If, on the other hand, an employee receives low ratings from their manager but high ones from peers, other questions come to the fore – are they just good at blowing their own trumpet, or do they have a problematic relationship with their manager?

Since June, Globoforce has signed another integration deal with IBM and its Kenexa Talent Insights analytics platform.

As a result, joint customers can now explore trends in their people data and use it to understand employee engagement and retention levels as well as individuals’ alignment with company values.