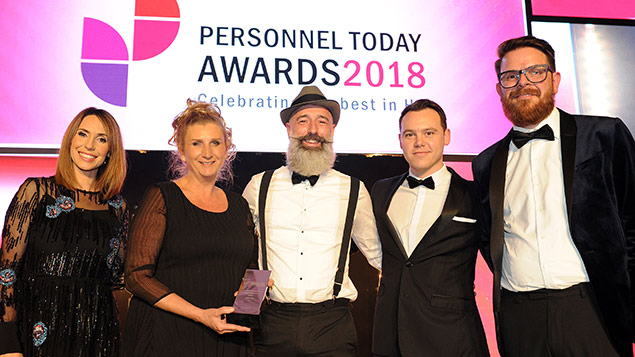 Audley Group wowed the judges in the Personnel Today Awards 2018’s Employer Branding category with its campaign to attract more talent into its retirement villages. Here we profile their winning entry and those of our runners-up.

Audley Group is on a mission to get people – including potential hires – to think differently about retirement villages and careers in retirement. It sees the quality of service its staff deliver as something that sets it apart from its competitors, so it needed to attract the right people with an enticing employer brand.

It developed “The Audley Promise”, which centred on getting employees to use their skills, passion and empathy to build relationships that would enhance people’s lives and change the way people view retirement. This mindset was used in assessment and selection, training, reward and recognition, and fed into recruitment marketing and employee inductions.

It also introduced a new applicant tracking system and assessment process to improve the candidate experience. Calls are made to all sifted applicants to give advice on how to prepare for interviews and competency-based interview questions are asked with the Audley values in mind.

To recognise employees’ achievements, it launched a new engagement and wellbeing portal where staff can send each other e-cards to thank them when they have demonstrated the behaviours that underpin its promise.

As a result of the new branding, Audley has seen a 32% increase in the number of hires, a £600 reduction in cost per recruit and time to hire has reduced from 18 days to 13.5 due to better processes and more suitable applicants.

Kerry Foods, the company behind brands including Richmond, Cheesestrings and Wall’s, wanted to develop an brand that celebrated its values.

Following interviews, focus groups and surveys, the company scripted short films about its values and the best personal stories from its employees. It brought these to life using food and 3D-printed models, which were involved in doing everything from working together to climbing trees and white water rafting.

The videos were used on social media and its own careers site to demonstrate what it felt like to work at Kerry Foods. Similar images were used on exhibition banners and posters.

Although the values are at the heart of the brand, Kerry Foods also wanted it to show diversity and shout about its love of food. Since the brand was launched, the company has seen a 1% increase in employee engagement and more than 2,000 clicks to apply for a job.

To help find and retain support workers in a competitive market, charity Mencap wanted to a brand that reflected the reality of working in the support sector.

Competitors’ branding was awash with images of happy service users and messages about “changing lives”, but it wanted its message to reflect the “warts and all” reality of the job – including challenging and frustrating elements, as well as the rewarding.

A fun night of entertainment awaits those who book for the 2018 Personnel Today Awards, which celebrate the very best of HR. Now in their 20th year, the awards take place at the Grosvenor House Hotel in London on 21 November 2018.

To establish a true picture of a career in the support sector, its branding team spoke to everybody from the CEO to focus groups of support workers. It also carried out a survey of people who had applied to Mencap in the past.

It did not shy away from showing the negative parts of the job in its campaign, which is used in posters and online banners. Videos featuring interviews with two Mencap people – either staff or a person with a learning disability – were created, allowing real stories to be shared.

Although the campaign – called “work with feeling” – is in its early stages, the charity has already seen some encouraging results. Within one month of it going live, more than 4,000 people clicked on its recruitment pages (following the advert being viewed more than one million times). Time spent on the Mencap careers page increased by 8% and the number of completed applications rose by 10%.

Despite offering diverse and challenging careers, the National Audit Office found many people lacked awareness of it as an employer and the range of opportunities on offer. Specifically, it wanted to show the colour behind what was perceived as a “grey organisation”.

To develop a campaign that attracted candidates from a variety of backgrounds, it asked employees in a range of roles and locations how they felt about working at the National Audit Office. It also analysed employee exit questionnaires to find out what previous staff thought about the organisation.

It discovered that its staff valued great learning and training opportunities, challenging work and its open and inclusive culture. These values were then captured in one core message: “change your world”. The finished campaign included print and exhibition banners, web content for its graduate careers site and a video that introduced the NAO’s people and work.

Following the success of the brand, the NAO is looking at applying the “change your world” message to a variety of communications, including recruitment marketing, performance documents and learning and development content.

Through its “Your Best U” branding, RSA wanted to achieve a unified people strategy that encompassed all of its UK employees, but still celebrated their individual needs and achievements.

The campaign brings together all the elements of its people strategy, including performance management, pay and reward, celebrating the success of high performers and the ways in which it wants its employees to behave.

Although it was only launched in March 2018, Your Best U is now used widely across the RSA group to emphasise the importance of its people strategy to the success of the company. Its intranet site has been renamed Your Best U to further embed the brand and it is used across all internal and external materials about its people strategy.

It is also hoped the new branding will encourage staff to deliver their promises to customers, collaborate with their peers and work in inclusive teams.

Luxury homeware retailer The White Company set out to create an employer brand that reconnected with the company’s heritage and shouted about the company’s culture.

It developed “Pride”, which encompassed the five qualities it believed were engrained in its culture: passion, resourcefulness, imagination, dedication and involving everyone. This then evolved into the “Find it within” slogan, which invited staff to look within themselves to find the qualities valued by the organisation.

The Pride brand has been embedded into its learning and development programme and is used as part of attraction, onboarding and interview processes. It also produced a powerful video, featuring staff explaining how they felt proud of what they do for the company and proud of each other’s achievements.

Recognition cards, celebrating staff achievements, also feature the message. More than 2,500 were sent within the first 12 weeks of their launch. Staff on temporary contracts are also introduced to the Pride brand to make them feel like “one of the family” as soon as they begin work at The White Company.