Tech firm SAP scooped the Employer Branding Award for its “Bring everything you are – be everything you want” campaign, which helped it attract thousands of new employees. We profile its winning entry and those of our other finalists.

Technology company SAP recruits more than 20,000 people each year, from graduates to senior leaders, software developers and sales people. It is a global brand but competes for talent against well known consumer names such as Microsoft and Facebook. It also has ambitious plans to ensure 30% of leaders are female by 2020 in an industry where women are under-represented.

It came up with a campaign that reflected that work is just one element of a person’s life – that SAP supports not only the person who comes to work but also their outside interests. It conducted 39 focus groups in 15 countries, sourced employees globally who could tell their stories, and aligned the employer brand with the global brand narrative and company purpose to help the world run better and improve people’s lives.

Key values that emerged were opportunity (career development on your own terms); purpose (your work leaves a legacy); and growth (you have the resources to improve your skills). The overarching message of the campaign is ‘Bring Everything You Are. Become Everything You Want.’ More than 300 people globally have contributed their stories and more than 50 have been shared. These include women discussing their leadership journeys, how SAP supports refugees and why disability does not hold back ambition. A #WomenWhoRock event starring KT Tunstall highlighted the company’s gender balance ambitions.

Owned by French multinational bank BNP Paribas, UK-based Arval specialises in full-service vehicle leasing. It has 700 employees, and the past two years has seen significant change and growth in the business. With low awareness of its consumer brand, it needed to build and reinforce an image, vision and values that would attract and retain the best employees.

It worked with agency Synergy Creative, starting with employee workshops across its three sites that looked at all aspects of the employee journey. The theme that kept resurfacing was a sense of family. They also talked to almost 300 potential candidates to understand their perceptions of the business. Together with interviews with senior managers, this insight led to the development of Arval’s employer value proposition – The Journey Makers.

Within this, Arval came up with an acronym for expected behaviours (EPIC). Staff should deliver: exceptional service; performance experience; influential impact on the business; consistently make a difference to customers’ journeys. Synergy came up with eye-catching visuals and mapped out the employee journey from attraction to induction to learning and development, aligning the processes that belong to each stage.

For launch, all locations had a makeover with full site graphics sharing the new brand.
A team of 35 ‘people champions’ were given early access. The executive team shared a presentation answering questions about the new brand and why it was important, and unveiled a Journey Makers film encapsulating the message. Since the campaign, cost per hire is £75, down from £1500 to £2000m and the company is on track to save £650,000 in the next 18 months. Its Net Promoter Score is up by 15 against target.

Construction company Balfour Beatty wanted an employer brand that reached beyond its core building activities. It faced challenges in that there was a lack of emotional connection to the brand, with people joining for the specific projects rather than the wider business. There was fierce competition for candidates with niche skills, in a period of upheaval for the industry as a whole.

Together with agency SMRS, it undertook a research programme to uncover universal themes that would mean something to everyone from head-office admin staff to engineers out on site. This involved a survey of 1,197 staff, an external perception survey of 249 candidates, a survey of 26 external suppliers and desk research into eight key competitors. The HR leadership team held a workshop and there were face-to-face and online focus groups. Sixteen senior leaders, including the CEO, were interviewed. This identified key pillars of Balfour Beatty’s brand: Leave a legacy / Spark something / Work to be proud of / Control your career / Include everyone / Join the journey. On top of this was a broader brand message: Shape Everything.

SMRS checked in regularly with HR and marketing and supported the resourcing team to communicate the brand. A new careers site has been developed, and a LinkedIn campaign to find tech candidates drew in fantastic results. An on-brand internal careers portal makes it easy for current staff to apply for internal vacancies. Feedback on the Shape Everything film that has been viewed across the business was: “I have worked for Balfour Beatty for eight years and watching the essence video has made me quite emotional. I had not thought about us like that before and it gives me real goosebumps.”

Connect Health wanted to ensure that it continued to foster a strong sense of family and connection among colleagues. Employee engagement showed improvement from 49% to 65% during 2016 to 2017, but Connect wanted to address cultural challenges that had arisen from 15 TUPE transfers over the past three years. These included disengagement with the Connect brand, a concern that it was becoming too corporate, a disconnect between head office and front-line services and people processes that were too complex.

Connect created a brand design it could use across its estates, centring around the message of Bee Inspired. A member of the HR team was promoted to employee engagement manager, recognising the focus needed to keep engagement central to the business (there is now also an apprentice). Over the last 12 months the team has delivered: a Bee Celebrated awards ceremony and Christmas party; Bee Rewarded – a new benefits platform including online discounts and interest free tech offers; Bee a Leader – an annual leadership programme; a new internal communications channel as well as an online magazine and weekly newsletter.

In addition, a Connectar employee engagement app means staff can ‘ask the exec’, nominate colleagues for awards and get news updates. There is a group of culture champions across the business known as Pollen for the People. The Bee Hub is an integrated HR, payroll and learning system. Initiatives are reviewed at regular intervals and national initiatives are cascaded and embedded locally thanks to the input of employee champions. Employee engagement scores in the 2018 Great Place to Work survey went up 46%, attrition is down from 8% to less than 3% in 12 months, and there are 10% more applications for physiotherapists – a notoriously difficult position to recruit.

L&Q is a charitable housing association, housing around 250,000 people in more than 95,000 homes, primarily across London and the South East. In 2018 it successfully completed a merger with East Thames, which increased the size and complexity of the organisation. It also joined up with Gallagher Estates as part of its strategy to build 100,000 homes in the next 10 years.

In 2018, partly because of the merger, L&Q was not selected by Best Places to Work for the first time in 15 years. An employer branding project was needed to attract new talented individuals but also to re-engage the existing workforce.There was also a push to boost the gender balance at senior level. After research with employees, leaders and looking at competitors, a steering group agreed a number of objectives: to attract and retain an increasingly diverse workforce with a refreshed focused on social media; to feature in Great Place to Work and Investors in People; spend less with recruitment agencies; and enhance L&Q’s reputation as an organisation with a social purpose.

The research helped L&Q and its brand consultants generate a core employee value proposition and then turn that into a mode. Workshops were spent reviewing the research findings and understanding employees, potential candidates and competitors. The team were asked to visualise and voice on what makes L&Q a great place to work. Central to the creative aspect of the brand is the L&Q Yellow Chair – employees sit on the chair in carefully chosen locations to discuss why it’s an employer of choice. The films have been shown on Yammer and across social media. The careers site has been redeveloped and there is a new applicant tracking system that creates an improved candidate journey. 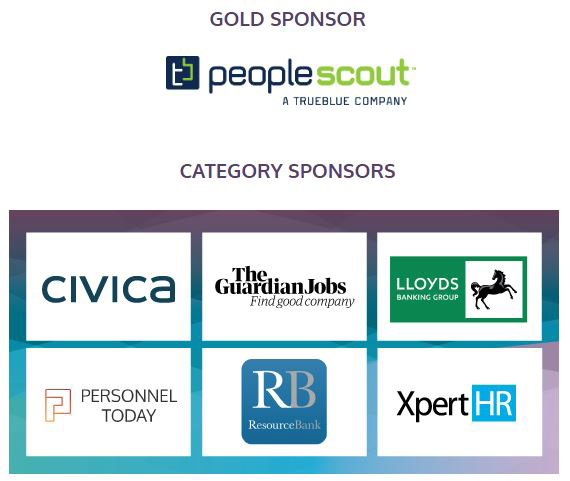 Personnel Today Awards 2019: Studio.co.uk shows off its HR Team of the Year award