How Police Scotland transformed its pay and reward structure 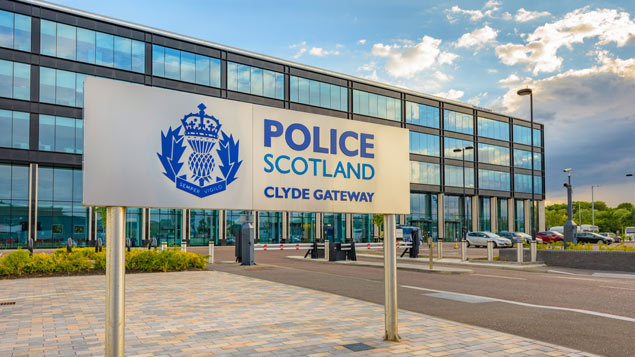 Six years after it was formed, Police Scotland completed a project that saw its 10 legacy pay scales and terms and conditions reduced into a single structure. The organisation tells Ashleigh Webber about the challenges and benefits of such a complex exercise.

Back in April 2013, Police Scotland – the UK’s second largest police force after the Metropolitan Police – was launched, bringing together eight legacy forces and two agency organisations (the Scottish Police Services Authority and the Scottish Drug Enforcement Agency), more than 6,700 staff and a staggering 10 different sets of terms and conditions.

A merger of this scale was extremely challenging, as staff  had different salaries, working hours, holiday allowances and overtime rates than colleagues doing the same job.

Not only was this inconsistency seen by employees as unfair, at times resulting in poor employee relations, it also presented complications for managers and its HR team, who had to juggle different pay and grading models and terms and conditions for teams spread across different geographical locations.

“Some of the challenges were for managers to encourage staff to keep doing what they do best, which is contributing to keeping the people of Scotland safe,  but also managing the employee relations climate due to the disparate pay and terms and conditions,” explains Elizabeth Hossack, modernisation manager.

“It wasn’t easy for line managers, as they had some staff whose legacy package was attractive and perhaps didn’t want change to happen. This was against a backdrop of staff who knew their colleagues were being paid more money to undertake the same job.

“The disparate pay and terms and conditions wasn’t confined to one area or department – it was right across the board.”

The usual employee consultations and trade union negotiations that take place in any change exercise, combined with a complicated and lengthy public sector approval process, meant that the new employment contract would take three years to come to fruition.

In 2015 Police Scotland’s Staff Pay and Reward Modernisation (SPRM) Team began the journey to move the entire workforce onto a single set of terms and conditions, create a new single pay structure and establish a new set of policies.

The ultimate goal of the SPRM exercise was to introduce equity and fairness and deliver a modern and attractive reward package that would meet the needs of a diverse workforce.

“Staff were quite emotive about leaving behind the legacy terms and conditions and pay from the previous forces,” Hossack tells Personnel Today. “Some had it written into their contracts that they had time off over Christmas, for example, and many knew they would probably lose those favourable terms.”

The SPRM team was formed from a mix of senior HR professionals, HR advisers, analytical staff and job evaluation analysts, with support from internal and external stakeholders. Their challenge was to ensure that the pay and reward package was modern and attractive, but also aligned to public sector policy.

It wasn’t easy for line managers, as they had some staff whose legacy package was attractive and perhaps didn’t want change to happen.” – Elizabeth Hossack.

The first stage of the SPRM – job evaluation – looked at every staff job across the Scottish Police Authority and Police Scotland to establish a hierarchy of roles and develop a single pay and grading framework.

Meanwhile, the team reviewed legacy terms and conditions that transferred with staff and sought to establish a baseline in order to build proposals for the new, single set of terms, which were benchmarked using data from across the public and private sectors.

Employees were invited to face-to-face engagement sessions and given “I Value” questionnaires to establish what mattered to them. Many said there needed to be a greater focus on work-life balance and wellbeing, so the SPRM team sought to ensure these were reflected in the new employment package.

While getting employees on board with the changes was the obvious challenge, the process was complex particularly due to the quality of data available. The team had to rely on data from around eight legacy payroll systems, some of which had been outsourced to local authorities, and had data recorded in different ways. This made analysis difficult.

Hossack says: “Many of the legacy forces called some of the pay elements different things, for example ‘standby’ was called ‘callout’ in some areas. We worked closely with consultants from Deloitte to help us establish our baseline data. This work was invaluable in establishing the value of certain terms.”

The governance process presented challenges, she says. “Working within local government protocols can be quite different to how you may approach this project within the private sector. For example we had a number of stakeholders, the Scottish Police Authority (the employer of all police staff), the Scottish Government and our trade unions. Once the SPA board approved the negotiating parameters, these required further endorsement from the Scottish Government.”

One benefit that did not fall within the project’s remit was pensions, as police staff are members of the local government pension scheme and contribution rates/benefits are broadly similar for all staff.

Once the organisation had received the sign-off from the Scottish Government, negotiations with the trade unions began. Communications about the proposals, including “focus on” newsletters on subjects such as pay and grading, were communicated to staff, while line managers were briefed on what core information needed to be passed on to their teams. Employees were able to submit questions directly to the SPRM team through a dedicated website.

The new 14-grade pay structure with incremental progression and an updated set of terms and conditions, which all staff have been moved on to, came into force on 1 April 2019.

A number of new benefits were introduced, including a flexible working day between 7am and 7pm for all non-shift workers; an increased leave entitlement after four years’ service; the ability to buy annual leave and spread the cost throughout the year and provisions for fertility treatment and carers’ leave. Annual leave can now be taken in hours and minutes, rather than days, to give staff additional flexibility.

Working within local government protocols can be quite different to how you may approach this project within the private sector,” – Elizabeth Hossack

There has been positive response to some of the new benefits that have been introduced – such as carers’ leave and the ability to purchase annual leave – which Hossack says demonstrates that these new flexible terms are what the staff were looking for as part of a new employment package.

“While it’s great that we’ve achieved equity and fairness to pay and terms and conditions of employment and in doing so reduced our gender pay gap, there are a number of colleagues who are in a detrimental position as a result of the changes and we acknowledge this.

She believes the modernised contracts will help the Scottish Police Authority/Police Scotland become a more attractive employer, “In the past we haven’t been very good at articulating the benefits of working in a staff role, but this employment package considers what the various generations want – actually a lot of it is about flexibility, and this can be done within the parameters of affordability and sustainability.”

But the work for the SPRM team did not stop on 1 April – it is working through a number of appeals that have arisen through the job evaluation process, which is being overseen by an independent external chair.

Hossack says: “We know that SPRM and the new employment package has created a platform for us build upon and we aspire to go on and develop some other benefits.

“We want to make the SPA and Police Scotland the best policing environment to work for, one that offers fair and competitive terms, good career development opportunities and an interesting and rewarding environment.

“Work continues on monitoring what has been introduced and ensuring it has been successfully embedded.”