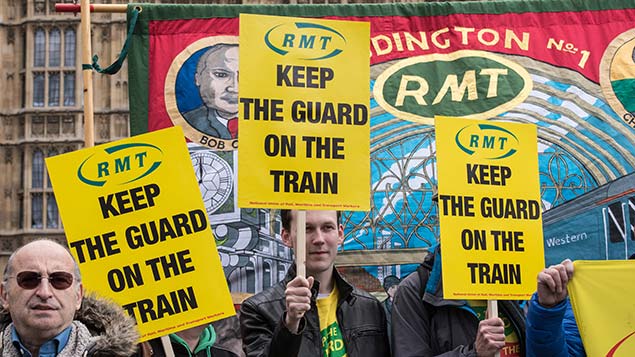 The number of working days lost to strike action in the private sector has increased by 80% in a year, while informal action organised via social media could be hiding more widespread problems.

Figures released last month from the Office for National Statistics showed that in the year to 31 July 2017, the number of private sector working days lost to strike action was 149,000, up 80% from the previous year.

However, law firm EMW has highlighted that the use of social media such as WhatsApp means staff do not necessarily need union organisation to go on ‘strike’, work to rule or to co-ordinate sickness absence.

It believes the number of days lost to strike action is likely to be higher than official statistics suggest, as employees can use social media to organise collective action independently. This can include calling in sick en masse or co-ordinating taking unscheduled days off.

Jon Taylor, principal at EMW, said: “The public sector has traditionally been worst hit by strikes, but the private sector is now a key battleground.

“As well as the numbers of official strikes days spiralling, employers need to watch out for the rising ‘hidden’ threat of unofficial collective action by disgruntled employees.

“Today, it is so easy for the WhatsApp generation to organise a ‘strike’ without the help of a union or even declaring it publicly.

“Group messaging portals like WhatsApp and Viber can be a hotbed for complaints and dissent to escalate, which can damage and worsen staff morale.”

During the ongoing dispute over conductorless trains, Southern Rail saw high rates of sick leave, with conductors calling in sick more than 1,000 times in just one month in 2016. Industry sources believed the so-called ‘sick-note strike’ amounted to unofficial industrial action. Ryanair pilots used WhatsApp to discuss working practices and conditions at the airline.

Taylor added: “Industrial disputes are now becoming more entrenched. Public sector strikes tend to involve large numbers of workers for short bursts of time, such as the junior doctors’ strike. However, what we are seeing now is smaller numbers of workers holding out for longer.”

EMW added that the latest ONS strike figures suggest that organised strikes are going on for longer, as both the overall number of strikes and numbers of workers involved have gone down.

The number of stoppages has decreased 4% from 162 to 156 in the past year, and the total number of workers involved has dropped to 75,000, down 68% from 234,000 in the previous year. Strikes by conductors on Southern Rail in the previous year is a key factor as prolonged strike actions often continued for several days.