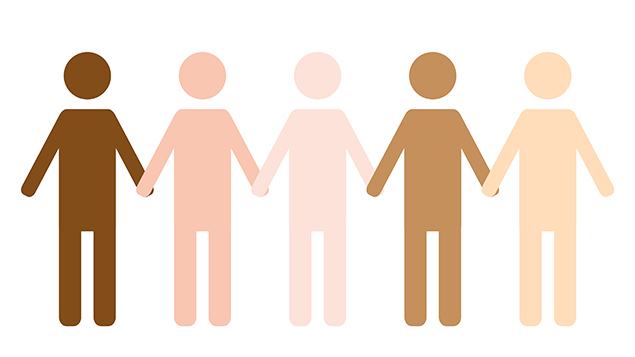 Almost a third of black employees believe their careers have been hampered by discrimination, according to new research from the CIPD.

One in five black and minority ethnic (BAME) employees felt the same, the CIPD found, compared to just 11% of white British employees.

BAME employees were concerned about the impact of discrimination on career progression despite the fact that they were more likely (25% v 10% of white British employees) to feel career success was an important part of their life.

Role models were important – BAME employees were much more likely than white British workers to want to see other people like them progressing in an organisation, feeling that more diversity at senior levels would boost their own career progression.

Almost a quarter (23%) of BAME respondents in organisations where mentoring was not provided said it would be useful in helping them achieve their potential at work.

Across the board, line managers could be doing more to support employees’ career ambitions, the CIPD found.

Only around two-fifths of all respondents (43% BAME and 39% white British) said their line manager discussed their training and development needs with them, while around four in 10 respondents felt their manager understood their career aspirations.

Around a third of those who said their career progression failed to meet their expectations felt they had experienced poor quality line management at key points in their career, regardless of ethnicity.

“Everyone has the right to bring their whole selves to work without fear of prejudice or victimisation and employers have a duty to provide a workplace that delivers that.

“Progress is crucial, and some of the fundamentals of business need to change to avoid having this conversation again in five years’ time,” she said.

“Line managers have a significant influence on a person’s career through the opportunities they afford members of their team, the coaching and training they provide, and the development conversations they have,” she added.

“Organisations need to invest much more in the development of line managers, and help them to understand the needs of each team member to provide the appropriate development support.”

Baroness McGregor-Smith, the author of a Government review into race in the workplace that was published earlier this year, said that progress was too “slow and uneven”, and insisted that publishing pay gaps by race and pay band would improve transparency.

She said: “The HR profession has a central role in speeding up progress by ensuring that people management practices and organisation cultures are built on the principles of trust, equality, fairness and inclusion.

“HR is also uniquely placed to address discrimination that we know still occurs, whether overt or through unconscious bias.”

The CIPD echoed her calls for race pay gap reporting, urging the Government to support employers more in taking action.

It also called for greater support to boost managers’ capabilities. “People management is poor across the board, regardless of ethnicity, so Government needs to nudge and support employers to improve their capabilities in this area,” said the report.