Have job boards really had their day? 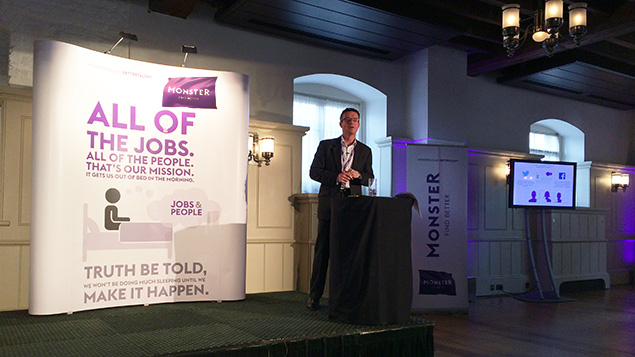 In recruitment circles, few questions come close to generating such opinion and passion as these: Have job boards had their day? And, if not, will LinkedIn or social media finally kill them off?

Earlier this year, those in the “job boards are doomed” camp will have regarded US online retailer Zappos’ decision to cease using them as proof they have been right all along. Those wishing to join this Amazon-owned company now have to visit its own social network, Zappos Insiders, and hope that its internal recruiters will contact them when positions become available.

The move was prompted by the company receiving 31,000 applicants per year – thousands of those via job boards – of which only 1.5% were actually hired.

Experts who believe social recruitment will become the norm have statistics on their side: LinkedIn is one of the top 20 most visited sites globally, creating 5.7 billion professionally oriented searches last year (more than 10 million of which are in the UK).

Some 77% of all US vacancies are now posted on LinkedIn and – according to the Kelly Global Workforce Index 2013 – 44% have been approached about a job via social media, with 16% securing a position through it.

Last year, the Aberdeen Group found that job boards had the lowest effectiveness rating for sources of new hires, at 2.52 on a scale of 1-5 (staff referrals came top at 3.44).

“It’s not a question of if, but when, job boards will die,” says Steve Carter, director of recruitment firm Morgan McKinley. “Today’s Gen Y workers won’t understand why anyone would want to use a job board in 10 years’ time.”

But what is the future of job boards? Are they really an endangered species? There has certainly been consolidation (Jobsite and TotalJobs have both been recently bought), but, according to Scott Helmes, managing director at CareerBuilder.co.uk, the end is far from nigh: “In all advertising models there is a balance between volume and quantity, but our own research shows people still go to boards first because that’s where the greatest quantity of positions is to choose from.”

Helmes has reason to be bullish. Although iCIMS’s Sources of Hire survey (2013) found that 71% of jobs were solved from internal moves, of the external sources of hire (which accounted for the remaining 29%), traditional job boards took 24% of this. This is more than agencies, and a lot more than the 5% that iCIMS says come from LinkedIn.

“Boards aren’t dead, but they are having to look at more ways of being relevant for employers,” Helmes says. “For instance, we have a reporting tool that will now tell applicants they were one of x number of people applying, and that the qualification level of all applicants was at x, so they can see how they have compared. This means that those way off the mark think twice about applying next time, reducing volumes of unsuitable people that would normally have to be screened.”

Monster has also just announced a major strategic shift, which it hopes will increase the number of jobs advertised tenfold, and provide the same increase in the number of people it can present to employers. It is doing this through “social profile aggregation”, drawing publicly available information from social networking sites and presenting people, who may not be registered as Monster users, as potential candidates to employers.

Andy Sumner, managing director of Monster UK & Ireland, describes this as “the most important thing we’ve done in the last 10 years”, and Monster will support this by creating Twitter ads for employers in 2015. Adverts will only appear on people’s feeds if they meet a certain skills or personality framework. “It’s not spamming, but targeted social job ads,” he adds.

Joe Slavin, an ex-Monster employee, is now managing director of recruitment advertising at aggregator board JobsToday.co.uk and believes that one-way job boards can continue to gain traction with employers is by reducing the number of unsuitable candidates. “We have to work harder at thinning the [responses],” he admits, “but we coach clients how to do this. Something as simple as using sensible job titles, and actually advertising what the salary is, can make a massive difference.”

Job boards are adapting in two clear ways – either becoming more niche, or providing more add-ons and services to remain the first port of call. The former option has seen an explosion in ultra-specific boards (such as onlymedics.com and pharmajobs.com). Anthony Sherick, director of technologies at technojobs.co.uk says it is this “nicheness” (it has 21,000 active jobs), plus the fact it will not feature duplicate jobs (it deals only with employers and agencies), that employers now want. “We believe the aggregators will fall away,” he says. “We have our niche, but we also have niches within niches – like projectmanagejobs.co.uk. Relevant content is what’s key now.”

the most important thing we’ve done in the last 10 years” – Andy Sumner, MD of Monster, on its new strategy

But aggregator boards contest this, arguing that mainstream boards provide an all-important brand-building role, but that they can provide an all-important component: cross-market intelligence. “It’s no longer just recruiters who know that understanding the metrics of recruiting performance will be the foundation of attracting, hiring and retaining a top pool of talent; there is a growing awareness among the corporate level that digital tools can and should become the catalyst in making the many moving parts of the recruitment industry benefit by working together,” says David Rudick, vice president of international markets at Indeed, the aggregator site with the highest UK market share.

Jobstoday.co.uk, meanwhile, has been adding value by launching a virtual careers fair that allows candidates to download company brochures, have instant message chats with brands (such as Nationwide, Lidl and PwC), and take part in real virtual job interviews. Last month, 18,000 “visitors” attended a virtual fair in its first 2.5 days. “Job boards used to be all about the matching technology. Now it’s about what content and user experience they can create for employers,” says Slavin.

Other innovations involve boards themselves creating shortlists of candidates for employers (acting as de-facto agencies), giving candidates the ability to post video clips, and even compiling talent pipelines for clients. One board, staffbay.co.uk, thinks it has adapted into the perfect model. Co-founder Tony Wilmot felt there was an opportunity for employers and employees to have richer information about one another, so decided to let them deal with each other directly. Employers get an alert if someone who matches their job criteria signs up.

Wilmot says candidates prefer direct communication from employers under these circumstances, rather than from the numerous agency ones they get on LinkedIn. “We believe LinkedIn is starting to face backlash. People don’t want unsolicited emails all the time,” he argues.

Futurestep, part of the headhunter employer Korn Ferry, provides employers with analytics about just how useful job boards actually are – and for some, they are throwing up surprises.

“For one major US financial institution we analysed how effective their different recruitment channels were,” says Richard Shea, managing director EMEA at Futurestep. “While job boards brought them the most candidates, they ranked fifth in terms of actual hires. This came as a real shock to them, especially as they were spending $250,000 on job boards every year. They found their best source of hire was actually from referrals, so it decided to move funds away from boards completely to setting up a defined referral programme.”

A major threat to job boards is if more employers manage recruitment through their own websites. In the last few years, insurance company LV= is one employer to have done just this, reversing the 95% of recruitment that was done through agencies to 94% direct (its staff referral system now attracts 14% of all recruits).

people still go to boards first because that’s where the greatest quantity of positions is to choose from” – Scott Helmes, MD at CareerBuilder.co.uk

Tony Brookes, sales director of Vacancy Filler, provides back-end software that helps employers to manage this themselves: “Over time, we do see employers wean themselves off job boards, especially when they can see where applicants are coming from, and how quickly people respond direct, or via job boards,” he says. “The boards are under some pressure.”

One Vacancy Filler client, Boundary Mills Stores, has made a 180-degree U-turn from using job boards all the time to just using them occasionally, after it discovered it has a strong brand, which was locally appealing to direct applicants.

Donna Weiss, managing director in the HR practice department at management consultancy CEB, says that, while a brand would be brave to ditch boards completely, it could still make sense: “Our own research suggests companies can achieve their recruitment needs with a lower volume of applicants coming direct because the initial quality is better.”

She adds: “Our research also finds the quality of applicants is just as good amongst the lesser brands as the great brands.” Perhaps the answer, though, is for job boards to see social media not as the enemy, but as a tool they can take advantage of. For example, technojobs.co.uk has built between 25 and 30 specific Twitter feeds, to post job openings to candidates that meet specific skills profiles.

With a jobs market that is picking up, and unemployment decreasing, these developments may yet capture the pools of hidden talent that employers want. Contrary to what some may think, job boards are far from in their death throes just yet.

The future of job boards: the agency’s view

Denise Hughes is managing director of Woopjobs!, a specialist recruitment agency for the audio-visual and digital sector. She says: “When we search for clients, we try to use all bases, including job boards. As a recruiter, we would ignore boards at our peril, but about one-third of our searches are now via LinkedIn, and we can see this rising to 50% within the next two years. Boards will become less important. We’ve created our own group on LinkedIn, and become members of others discussing our industry, so that people now come to us direct via LinkedIn rather than us having to go to them.”

The future of job boards: the hiring manager’s view

Ben Clark is responsible for hiring at Petroplan, an oil, gas and engineering recruitment company. He says: “We still have an ongoing need to use both social media, for passive candidates, and job boards, for active ones. In our experience, the response rate for positions advertised through job boards greatly outweighs the responses received via social media. Job boards do exactly what the name implies – they are a place to advertise jobs and therefore encourage active candidates to apply to roles. But, job boards need to continue to evolve and not rely on the ‘old’ ways of doing things. Job boards need a new angle to attract the right talent. If they can provide a truly active candidate database, then employers will continue to use them.”

4 Responses to Have job boards really had their day?