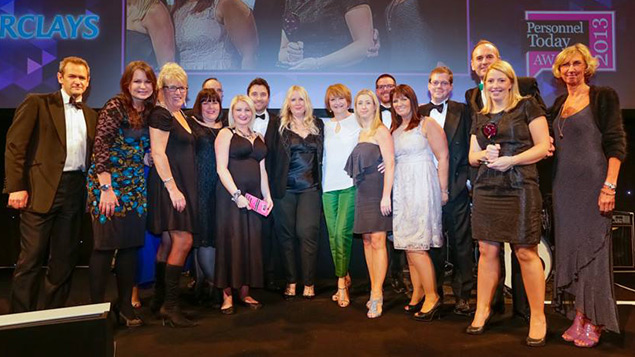 The judges of the inaugural award for Youth Employment Initiative praised the way the bank had brought together its own need to source new talent with a programme that also addressed high levels of youth unemployment.

To do this, Barclays developed an extensive apprenticeship programme that focused on young people not in education, employment or training (NEETs). So far, the programme has recruited more than 1,000 young people into the bank and it plans to take on another 1,000 apprentices by the first quarter of 2015.

“We’ve changed the way we recruit entry-level talent into Barclays,” says Shaun Meekins, head of operations for early careers at the bank. “At one time, someone would have needed a GCSE grade A to C and customer service experience to come and work with us. Now all they need to begin their career here is the motivation to succeed.”

Before joining the bank, around three-quarters of apprentices were claiming benefits and 23% had been unemployed for more than a year.

It is hoped that young people joining Barclays will want to map out their career there. Initial apprenticeships take them to a Level 2 qualification after 12 months, then they will be able to work toward a foundation degree (Level 4) and beyond.

“They can grow with Barclays, even if they come into the business with little or no qualifications or experience,” says Meekins.

The programme’s benefits are not confined to Barclays internally. By building a pool of high-potential young people, the bank has been able to share talent with small and medium-sized employers and its own clients nationally: a significant number of external apprentices have sprung out of such partnerships, according to Meekins.

“The societal impact has been important,” he adds. “We could have a banking customer from any industry and we can talk to them about how to maximise their talent pool.” The apprenticeship programme also compliments the LifeSkills created with Barclays programme, which provides young people with access to the skills and experiences they need as they enter the world of work.

Ultimately, however, this is far more than a corporate social responsibility exercise, and it is beginning to demonstrate a strong return on investment. More than three-quarters of those that have joined Barclays through apprenticeships are still working there, so retention is high.

Meekins says: “Now we’re looking at how we evolve what we’ve done, and how we can have a positive impact on other organisations by helping them to take a similar approach.”