Happy in HR? Job satisfaction in the department 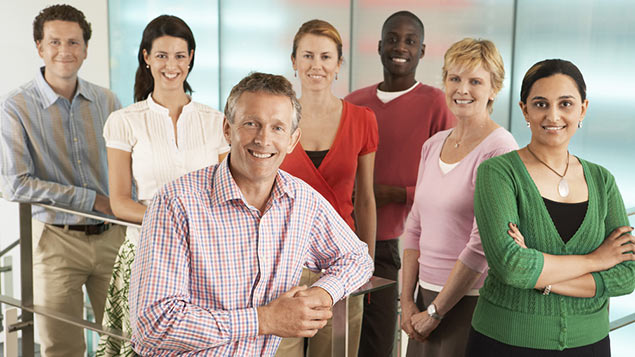 They work long hours and more than half say they do not feel valued by their employer – yet more than 90% of HR professionals in the UK say they feel happy or extremely happy to work in HR.

These were the findings of a report by recruitment company Frazer Jones, looking at relative job satisfaction in the HR profession in the UK, Europe, Australia, the Middle East and Asia.

Since the start of the recession five years ago, around three-quarters of HR professionals in the UK work more than 40 hours per week, suggesting that workloads are high (and resources squeezed) .

Furthermore, not everyone feels they are being sufficiently rewarded for the hard work they put in – more than half said they did not think they were paid enough.

According to Darren Wentworth, a partner at Frazer Jones, one of the issues could be that business heads are not feeding enough back to HR.

He says: “The question is, is HR bringing enough in terms of what business heads or CEOs would regard as business value? I believe that HR probably does add value in a lot of organisations, but are they then getting the response from the business that they are doing a good job? Possibly not.”

One trend worth noting, according to Wentworth, was a tendency for those who were closer to the business to feel more satisfied with their work: “The more closely aligned to the business objectives, the greater the job satisfaction, in general. There’s an instant connection; they can see the impact of what they do instantly, get instant feedback.”

This was reflected in the statistics – change-management professionals were most likely to say they felt HR was valued in their organisation, reflecting the immediacy of what they do.

Leigh Lafever-Ayer, HR director for the UK and Ireland at Enterprise Rent-A-Car, agrees that being able to see how you influence the business can directly affect how you feel about your role: “I enjoy working on challenging projects related to the business performance.

“I’m at an advantage in that I work for an organisation where HR is seen as an investment, rather than a cost. What we do with our people helps us to be more competitive.”

In organisations where HR is perceived as less valuable, practitioners tend to feel less confident about their prospects for career progression. A survey conducted by XpertHR earlier this year found that 35% of respondents felt that “HR not being viewed as important enough by the organisation” was hindering their career advancement.

In Frazer Jones’ survey, job satisfaction varied depending on areas of specialism.

This was no surprise to Helen Straw, founder of HR consultancy The Personnel Partnership: “Employee-relations professionals, more than any other HR specialists, have to react immediately to issues that they didn’t know about, such as gross misconduct – these issues can skew workloads massively.”

Many respondents in the Frazer Jones survey worked long hours, however. One OD professional in 10 reported working more than 61 hours per week, while the majority of HR practitioners worked between 41 and 50.

Despite the long hours they put in, 77% of UK respondents said they were happy with their work-life balance, the highest of any region.

Straw adds: “Working in HR is action packed, exciting, sometimes challenging. But most of all, you never know what is going to happen, so you may be engrossed in a piece of work and feeling pleased that you’ll be able to leave the office on time, but then the phone rings and an issue has blown up with an employee, and you need to react there and then.”

Continuing this theme, a quarter of HR professionals said it was the intellectual challenge they valued most about their role.

Sharon Benson, HR director for housebuilding company Story Homes, agrees: “What gives me job satisfaction is being empowered, being made accountable. Someone saying, ‘you’re the expert, you tell us what we need to do’.”

The evidence is clear; consistent feedback and trust in HR will continue to drive job satisfaction in the function for some time to come.