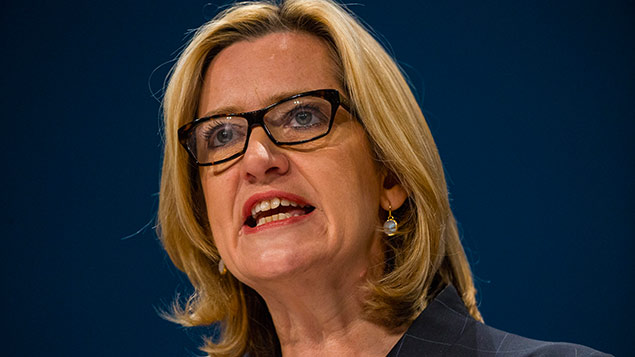 Home secretary Amber Rudd: some firms "get away with not training local people"
James Gourley/REX/Shutterstock

Companies could be forced to publish the number of foreign workers that they employ, as part of proposals outlined by Amber Rudd in her Conservative Party conference speech.

Unveiling a new net migration target of “tens of thousands, not the hundreds of thousands”, the home secretary said the Government would look to tighten the test companies have to take before recruiting from abroad.

The home secretary’s suggestion that businesses should reveal how many foreign workers they employ is divisive and risks demonising companies” – Peter Cheese, CIPD

“The test should ensure people coming here are filling gaps in the labour market, not taking jobs British people could do,” said Rudd.

“But [the current test has] become a tick-box exercise, allowing some firms to get away with not training local people. We won’t win in the world if we don’t do more to upskill our own workforce.

“It’s not fair on companies doing the right thing. So I want us to look again at whether our immigration system provides the right incentives for businesses to invest in British workers.”

The proposals, which also target the numbers of foreign students, are expected in a forthcoming consultation and could oblige businesses to “be clear about the proportion of their workforce which is international”.

Routes to legal work in the UK for overseas nationals

“We’re consulting because we want to work with businesses and universities to get this next stage of our reforms right,” added Rudd.

Under current rules on employing foreign nationals, employers typically need to advertise for four weeks before they can look to recruit internationally.

The test should ensure people coming here are filling gaps in the labour market, not taking jobs British people could do” – Amber Rudd

Employers groups have reacted angrily to the proposals. Peter Cheese, chief executive of the CIPD, described the plan as “divisive” and said it risked demonising companies that employ migrants.

“Greater transparency in workforce make-up can be a good thing… However, a Government-mandated list designed to name and shame organisations is entirely inappropriate and sends the wrong message about tackling a complex issue of skills shortages across the workforce.”

Josh Hardie, deputy director general of the CBI, said it was time to be clear about the value of migration to the UK, as well as its challenges. “Businesses will not welcome further restrictions on high-skilled migration from key trading partners around the world, especially as a series of changes were only announced earlier this year.

“At a time when we need strong links globally to seize new opportunities after the referendum, being seen as open to the best and brightest is vital. And we should be clear that business does not see immigration and training as an either/or choice. We need both.”

Adam Marshall, acting director general of the British Chambers of Commerce, said: “Now is not the time to tell businesses that they have to jump through more hoops to get the talent they need from around the world.

“Many companies already have a hard time bringing in critical workers when they can’t find the right skills at home in the UK, and tighter regulations may simply leave many choosing not to recruit or expand at this time.”