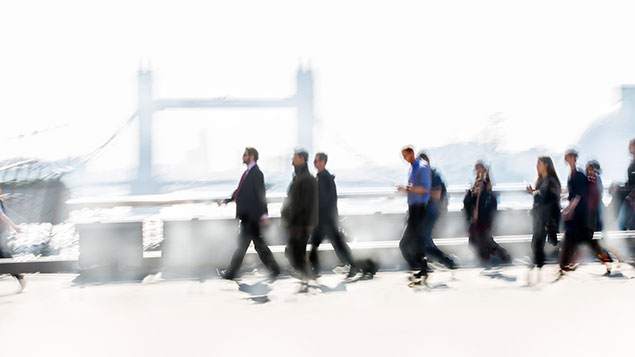 Permanent staff appointments rose for the first time in a year in December 2019 and there was an increase in temp billings since November, but rates of expansion remained weak when compared with previous years.

These were among the conclusions from the latest monthly survey by KPMG and the Recruitment & Employment Confederation (REC), which found that some businesses had moved to hire new recruits following a lengthy period of putting off decisions.

Demand for workers continued to sluggishly increase with vacancy growth stuck near a 10-year low.

Starting pay rose for permanent and short-term workers in December, reflecting a marked fall in candidate numbers. This stemmed from continued uncertainty around Brexit among other labour market factors.

The rise in the number of permanent staff appointments – the first for a year – was connected to higher business activity, anticipated IR35 legislation changes and an end to delays in hiring, the survey found.

Lower candidate availability was often blamed by recruiters on lingering uncertainty and skill shortages. Permanent staff supply contracted at a quicker pace than that seen for short-term workers.

The survey picked up sharp increases in starting salaries and temp wages at the end of the year but in the context of the past three years these were considered among “the softest seen”.

In terms of regional and sector variations, there was a rise of permanent appointments in London, the Midlands and the north of England, but, London apart, a decline across southern England. Permanent vacancies rose in eight of the 10 sectors monitored by the survey: the steepest increases were seen in blue collar and engineering, while retail saw a marked decline in demand for permanent workers. Hotel and catering topped the rankings in terms of temporary staff demand in December.

Demand for short-term workers fell in IT and computing, retail and executive-level positions.

James Stewart, vice chair at KPMG, said the general election last month led to a feeling of clarity, which had seen “the jobs market finally began to show signs of life with permanent placements rising for the first time in a year.”

“However, growth was modest and coming off a historically low base so UK business will be hoping for quick government action to get the UK back on the path to growth including an investment in upskilling the workforce. Lingering uncertainty around the Brexit deal to be secured will continue to weigh on employers’ decision-making around hiring and investment over the coming months, as well as jobseekers desires to seek new opportunities.”

Neil Carberry, Recruitment & Employment Confederation chief executive, said feedback from recruiters showed that the forthcoming IR35 changes are affecting placements and the availability of flexible workers. He added: “This is a delicate period for the jobs market, and is the worst time to push through sweeping changes to the way we tax contractors.

“It is right that government engages further with business on the changes, but they should also delay implementation until next year to allow time for a full, independent review and effective regulation of the umbrella sector. As it stands, the government risks damaging ethical businesses and encouraging non-compliance.”