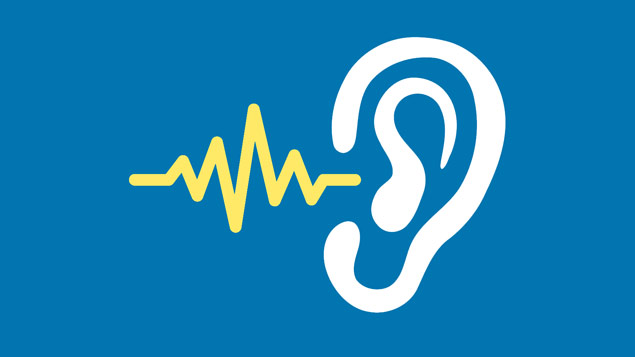 To mark the launch of a brand new category in the upcoming RAD Awards, Personnel Today was invited to an exclusive workshop hosted by Global Radio, the UK’s largest commercial radio owner, on the impact of audio in recruitment advertising. Peter Crush reports.

If you think radio ads no longer have the power to arrest, entertain or even inspire, then maybe you haven’t listened to what some of the leading brands have broadcast over the airwaves in the last few years.

According to Jo McCrostie, creative director at Global Radio, which recently hosted an exclusive workshop on the power of audio in recruitment advertising, audio ads can not only be used to target specific audiences, but can also be highly creative, impactful, and help your audience build a mental picture of what it would be like to work for your brand.

Save the date and find out more

Take self-styled “geeky” internet service provider, Internode, whose recent radio spots barked out its message in Klingon (with other versions also recorded in Middle Earth Elvish and even Dothraki, the language used in Game of Thrones). The call to action was a clarion call to all of the suppressed geeks out there: Internode wants them – and if they could translate what they had just heard – then they were just the people it wanted.

Or, take the newly crowned 2016 Cannes Lions Grand Prix-winning radio ad for fast food chain, KFC, which begins with an awkward (but attention-grabbing) “Um, er…” and then has a sequence of embarrassed-sounding men rattling off things they “do” [“I type LOL”; “I say ‘Why does everyone love Duct Tape?’,”] – to which the answer is always “You’re still a man my friend”, as it advertises its “Man meal” (for every type of man).

“When people listen, they can’t help but form an image in their minds,” she says. “But our imagination always presents a much better visual than any TV ad could ever hope to do, because it’s one that’s uniquely personal to the listener. When people hear something, they never say ‘I don’t like the picture I’ve created in my head’. This is the power of audio.”

This potentially perfect way to portray brands is just one of the reasons why Global Radio is sponsoring the newest category in the soon-to-launch 2017 RAD Awards – the best use of audio in recruitment advertising. It is the first time that audio has commanded a category to itself – but according to McCrostie, the time for having a specific audio category couldn’t be better.

“Print media is shrinking, but radio audiences are actually growing,” she says. “All the evidence shows radio is better at influencing people’s decision making; and recent research recently proved it generates £7.70 for every £1 spent [according to Radiocentre research, 2016].

“Now really is the time to highlight and congratulate the power that good audio advertising can bring to companies in a recruitment capacity.”

The best use of audio category is open to all audio formats (including digital audio streamed via a connected device; podcast or radio), and the only key requirement is that it is used to attract staff, build brand awareness, or drive traffic.

Judges will be looking at what the recruitment brief set out to achieve, why audio was chosen, and what results were generated (the main criteria). It will also assess the creativity of the ad, its overall quality of execution (including scriptwriting, sound, use of effects), and how effective the brand was at communicating its message. Where applicable, judges will also look at the success of any geo-specific targeting and audience profiling.

“Audio has never had such good potential to cut through,” says category judge Paul Harrison, founder and managing partner of digital agency Carve Consulting. “The growing bluetooth headphones market alone is responsible for making people much more connected to sound, and the growth of music streaming – from Spotify and the like – is also taking audio to bigger and bigger audiences. Here brands have the ability to target specific listeners [by age-group, or according to types of music listened to], or by specific locations.”

He adds: “What I’m really looking for is creativity – adverts that really challenge the norm.” He says: “Sound can sometimes be just noise. Audio has traditionally been seen as low quality – basically comprising classified adverts, simply rehashed for listeners. What I expect to hear in this year’s awards are ads that have been given some exceptional treatment – ones that really give the audio channel the thought and attention it rightly deserves.”

Latest figures from RAJAR – the body that measures radio and digital audio platforms, reveals that 89% of Britons over the age of 15 tune into the radio each week, with average listeners consuming 21 hours’ live radio per week. Some 37% of people aged 15-24 now say they listen to radio via a mobile phone or tablet – which is up 7% year on year.

Around £592 million was spent on radio advertising last year, but brands clearly recognise the benefit that good advertising brings. Forecasts for spend going forward are around £617 million for 2016 and £640 million for 2017, according to Statista.com, an annual growth of more than 4%.

“Audio is important because it presents a way of connecting with people at an emotional level,” says McCrostie. “For job hunters, how they are recruited really is an emotional process; it’s how they make a connection. Good audio creates positive employer brand emotions.”

She adds: “TV spots can put things in front of people eyes, but audio really put things between people’s ears. This is what really gives it the edge. Something I always say is this: in radio, people’s ‘mind’ is the medium. I really like that way of thinking.”

Entries for the RAD Awards, and for best use of audio in recruitment, open on 5 September. Angela Jones, head of the awards, advises that the key things to remember are the metrics, but also the objectives that the campaign was hoping to meet in the first place.

“It’s an incredibly rigorous judging process,” she says. “Entries go through three rounds of judging, so only the best entries rise to the top. Those that tell us what they wanted to do, how they did it, and the results they got will stand in good stead.”

The window for submitting entries isn’t open for long – the closing date is 30 September at 5pm. In the meantime, Carve Consulting is managing the LinkedIn RAD Awards Community – where members can talk, and catch up on latest news and ideas.

Just remember, without audio, your recruitment campaign might not be hitting all the people you want to attract. Enter the RAD Award audio category and not only will you be the first winners here, but you might even have the chance to stand up on stage, pick up your gong, and say “IwlIj jachjaj” (that’s “cheers” in Klingon).